Tundra study uncovers impact of climate warming in the Arctic 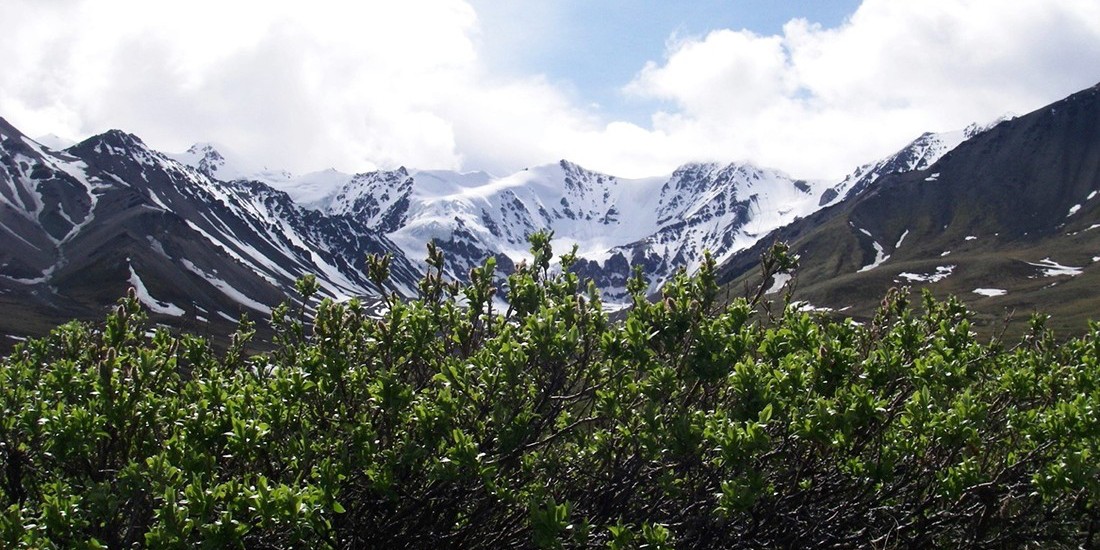 Willow shrubs growing near to their elevational limits in the mountains of the Kluane Region of the Yukon. (Photo: Isla Myers-Smith)

(Edmonton) Significant changes in one of Earth’s most important ecosystems are not only a symptom of climate change, but may also fuel further warming, research suggests.

An international team of scientists at 37 sites in nine countries, led by University of Alberta alumna Isla Myers-Smith, studied records of shrub growth spanning 60 years by analyzing annual growth rings in the plant stems, to explore links between climate and vegetation change. The study, one of the largest to date on key vegetation in the Arctic tundra, provides strong evidence that dramatic changes in the region are being driven by climate warming.

Studies of tundra shrubs—which act as a barometer of the Arctic environment—show that they grow more when temperatures are warmer. Increased shrub growth, driven by recent and future warming in the Arctic, could cause more warming in tundra ecosystems and for the planet as a whole.

Taller shrubs prevent snow from reflecting heat from the sun back into space, warming the Earth’s surface. They can also influence soil temperatures and thaw permafrost. Increased shrubs can change the cycling of nutrients and carbon in soil, affecting its decomposition and the amount of carbon released to the atmosphere. All these factors can contribute to climate warming, both in the Arctic and on a global scale.

Shrub species in wet landscapes at mid-latitudes of the Arctic are the most sensitive to climate warming, the study showed. These areas are vulnerable to change because they store large amounts of carbon in frozen soil, which could be released by warming and permafrost thaw.

"Arctic shrub growth in the tundra is one of the most significant examples on Earth of the effect that climate change is having on ecosystems," Myers-Smith says. "Our findings show there is a lot of variation across this landscape. Understanding this should help improve predictions of climate change impacts across the tundra.”

The study, published in Nature Climate Change, is a culmination of years of work that Myers-Smith began during her PhD under the supervision of professor David Hik in the U of A's Department of Biological Sciences, where she established ShrubHub—a network that has grown to include more than 125 researchers from 18 countries.

“The ShrubHub group is doing some really innovative synthesis work that combines data from many Arctic and alpine sites that would otherwise be largely independent of each other,” says Hik, co-author of the study. “We can now start to untangle the regional variation in responses of plants—woody shrubs in particular—to environmental changes.” Another network established in Hik’s lab, the Herbivory Network, is also focusing on Arctic and alpine herbivores and their interactions with plants and climate warming.

The findings will help improve models of future changes to tundra ecosystems and the impact of these changes on the global climate.