New research tests algorithm for understanding what happened and where during Hurricane Irma. 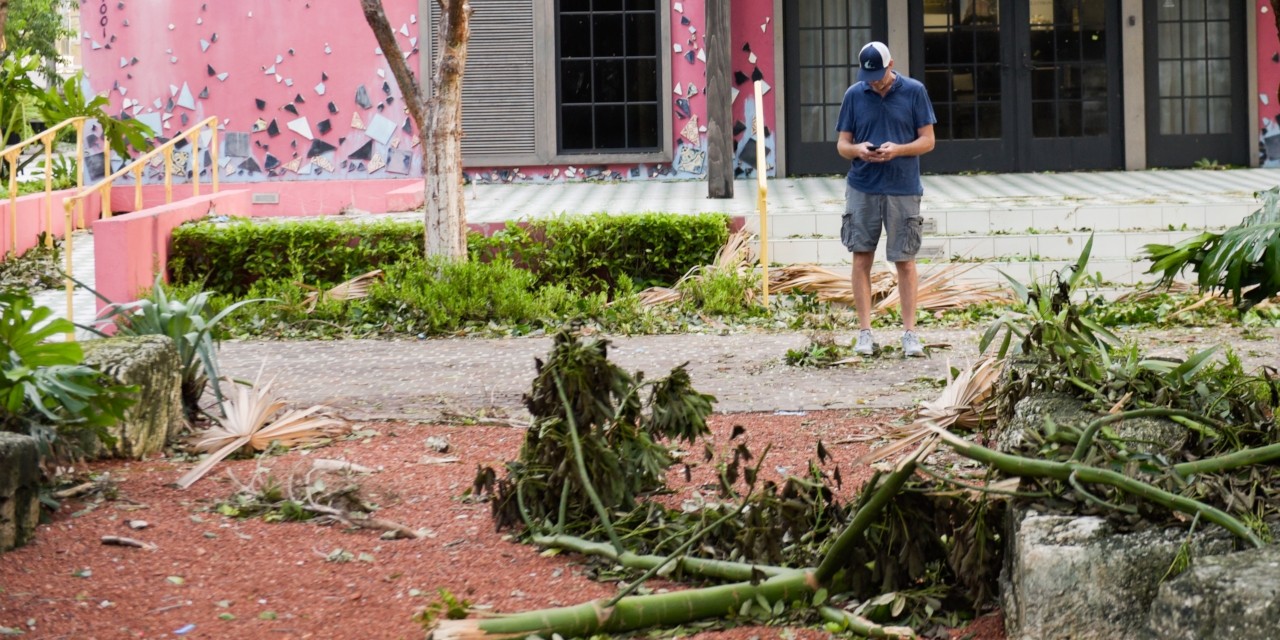 A man uses a smartphone after Hurricane Irma passed through South Florida in September 2017. U of A researchers found location-based social networks like Twitter provide data that could help relief organizations respond more quickly and allocate resources more efficiently during and after disasters. (Getty Images)

Location-based social networks, such as Twitter, can provide critical insight and information for disaster response, according to new research by University of Alberta scientists.

Using a machine learning algorithm to classify tweets by content, region and sentiment, researchers examined tweets sent in Florida in 2017 during Hurricane Irma, when more than six million people were evacuated.

“We demonstrated that location information embedded in tweets can be useful to gain further insights about policy-relevant content,” said Darcy Reynard, a U of A PhD candidate and lead author on the study.

“The information can be used to develop policy both during and after disasters. The process has the likelihood of increasing response accuracy and aiding efficient resource allocation decisions during and after a disaster.”

Twitter provides real-time data about the experiences of those directly affected by a disaster.

“Research using location-based social networks, like Twitter, has an extra advantage compared to other social media platforms since tweets can include a geospatial component,” said Reynard. “This allows us to identify a user’s location at the time the tweet was created so that researchers can analyze not only what topics are being discussed, but also where they are being discussed.”

The study, “Harnessing the Power of Machine Learning: Can Twitter Data Be Useful in Guiding Resource Allocation Decisions During a Natural Disaster?” was published in Transportation Research Part D: Transport and Environment.