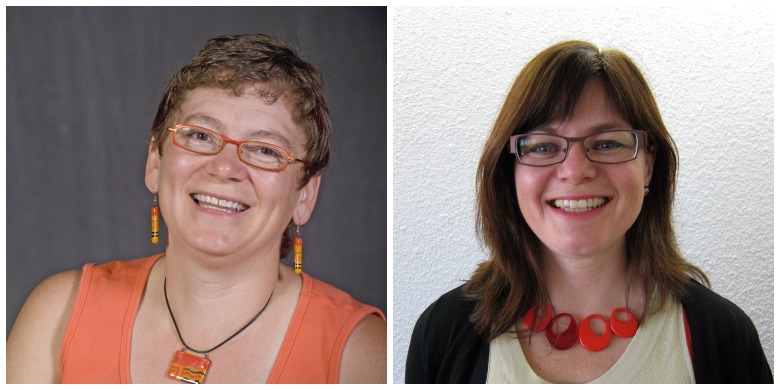 (Edmonton) The University of Alberta added to its Canada-leading number of 3M Teaching Fellows with the announcement that Kim Fordham Misfeldt and Heather Zwicker have been added to the list, which now stands at 40.

Zwicker, a professor in the Department of English and Film Studies and vice-dean in the Faculty of Arts, says her affection for teaching began somewhat as a self-fulfilling prophecy, as she remembers tinkering with her answers while working with her high school’s career-assessment tool until it consistently began to churn out “teacher.”

“I think I’ve always wanted to be a teacher,” said Zwicker, who has been lecturing for 20 years at the U of A. “I care about teaching, so I read in the area and I love to watch other people teach. I think the U of A is great at opening up other teachers’ classrooms, and the Faculty of Arts is amazing in terms of sharing the work people are doing.”

When it comes to her own classroom, Zwicker says the best learning happens when things are a little unsafe.

Zwicker teaches a number of cultural studies courses on the city of Edmonton, teaching students how to read Edmonton through theoretical texts, local literature, cartography, personal experience and history.

“Quite literally, from the classroom my students can see the North Saskatchewan River,” said Zwicker. “I can tell them how everything about this city changed the day that river was seen as a barrier that needed to be crossed, rather than a mode of traffic for coming and going.

“With that, I can take the experiences they have already had and recast those experiences in a different light.”

One mainstay in Zwicker’s classroom is a project in which her students venture out into the community to map a part of the city in a personal way, and then send a classmate on the same journey to see what they experienced. It’s a popular exercise for students to get a feel for the city—and Zwicker says she can’t help but steal away bits of knowledge.

“Everyone says they learn things from their students, but I really do,” she said. “One of the things that I have when I walk out of a class on Edmonton is a deeper sense of my own citizenship in the city because of the things they show me.

“It is impossible to know everything about this place, and the stuff they tell me is often new to me. I guess it makes me happy—it is really important to me to live in a place that is diverse. My students bring back a diversity of experience that reminds me how big this city can be.”

Fordham Misfeldt, a German language and literature professor from the U of A’s Augustana Campus, joined the Camrose arm of the university in 1991.

“Teaching students to learn is about more than just grammar,” said Fordham Misfeldt. “Hearing students’ voice and getting them to talk is important. Too often the teacher is the one talking all the time; students learn more if you give them the chance to talk. My classroom is student-centred—students are speaking as much of the time as possible with each other, talking about what they’re learning. This empowers students to learn in ways that they need to learn.”

Through the Augustana campus’s Human Library, she has used her personal experiences as a survivor of childhood sexual abuse to give voice to students and others in the community who need to tell their story. She also volunteers at women’s shelters, and gives presentations to people of both sexes about sexual violence in the community.

“Students and anyone from the community can come to the Human Library and take me out as they would normally take out a book. My book is on humans and gender, healing from childhood sexual abuse. It’s putting the human context to learning.”

Fordham Misfeldt is also the director of the Canadian Summer School in Germany, a program that sees her take 60 students from across Canada and immerse them in the German culture.

“Teaching language is so much more than vocabulary and grammar. It opens doors for students to new ideas, cultures, literatures and ways of thinking.”