Nursing, business and science stand out in new ranking of top medical-doctoral universities. 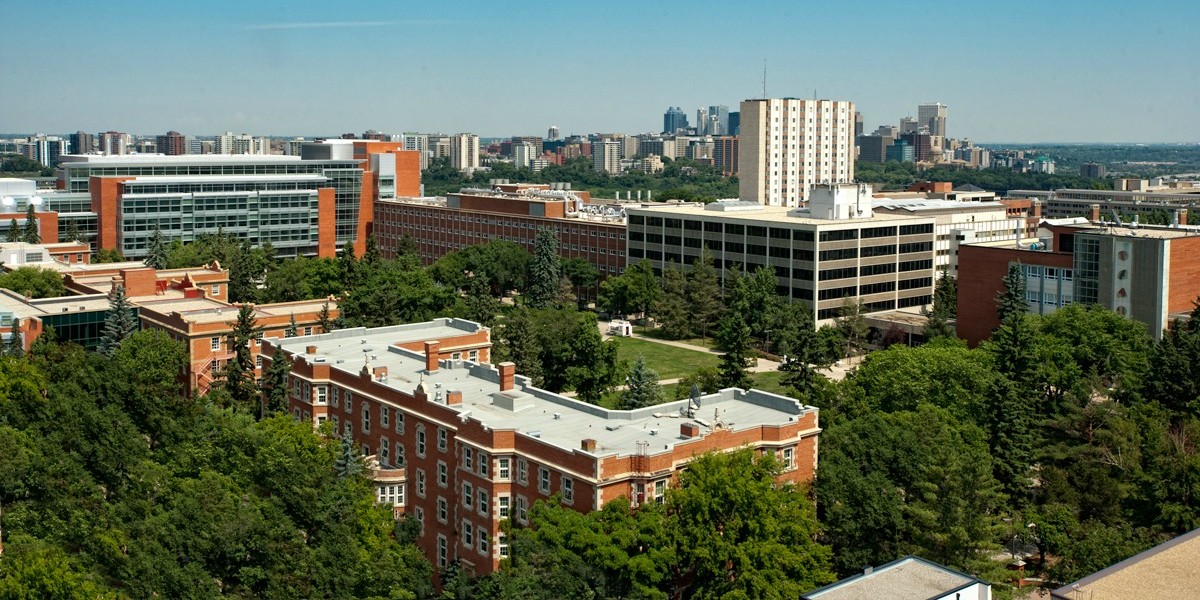 Strong showings in reputation, faculty awards, provincial support and subject areas including nursing, business and science helped the U of A rank among Canada's top 5 universities in the latest Maclean's rankings. (Photo: Richard Siemens)

On the strength of faculty awards, reputation and provincial government support, as well as some standout programs led out of the faculties of nursing, business and science, the U of A moved back into the top five according to the Maclean’s 2020 Canadian University Ranking.

Faculty members at the U of A were ranked fourth when it came to winning such national honours as Killam prizes, Royal Society of Canada awards, 3M Teaching Fellowships and nearly 40 other awards. The university also finished first in operating budget, third in research dollars and fifth in the category of reputation.

To gauge reputation, Maclean’s solicited the views of faculty and senior administrators at Canadian universities, as well as high-school guidance counsellors and a variety of business people across the country, to ascertain how well universities are meeting the needs of students and how ready their graduates are for the workplace.

The U of A’s reputation placement was driven in part by a top five showing in the Leaders of Tomorrow subcategory.

Lois Harder, principal of the U of A’s Peter Lougheed Leadership College, which began offering its certificate in interdisciplinary leadership studies in 2015, said the U of A has made it a priority to equip students with experiences beyond their substantive degrees that will serve them as they enter their chosen professions.

“We are really interested in equipping students with skills that help them work in teams, deal with conflict, think about collaboration, to manage up, to manage across,” said Harder. “We all need to get things done. We all work in situations where we work with leaders and are called to lead, so these are skills that really pertain to everybody.

“The aim of the U of A and the leadership college is to meet that need for any student who has an interest in developing it.”

Canadian schools were also ranked in 10 programs based on reputation and research output. The rankings placed the U of A in second for nursing, third for business and fourth for education. The U of A’s Faculty of Science showed well in the rankings thanks to fourths in both biology and math, as well as fourth in environmental science, an interdisciplinary subject area shared with the faculties of engineering and agricultural, life and environmental sciences.

"Science at the University of Alberta ranks highly in the global scientific community and this is one of the major reasons I was inspired to join the faculty as dean this year,” said Matina Kalcounis-Rueppell.

The U of A was also ranked fifth for engineering, sixth for both computer science and medicine, and 11th for psychology.

McGill University topped the ranking, followed by the universities of Toronto and British Columbia, and McMaster University.

In August, the U of A jumped into an eighth-place tie with Princeton in the category of environmental science and engineering in the 2019 Academic Ranking of World Universities by Subject. Overall, the U of A finished among the top 100 in 21 of the 54 subjects assessed for the ranking, one more than last year, with eight subjects ranking in the top 50.

Earlier, the 2019 NTU Ranking of research output placed the U of A 81st in the world, up seven spots over last year. The advancement was bolstered by the university’s 43rd-place performance in the subject of agricultural science, 47th in environment/ecology and 48th in electrical engineering.