U of A arts program co-ordinator challenges classroom conventions

Lisa Prins recognized for leadership in broadening learning opportunities for all through free, non-credit university courses. 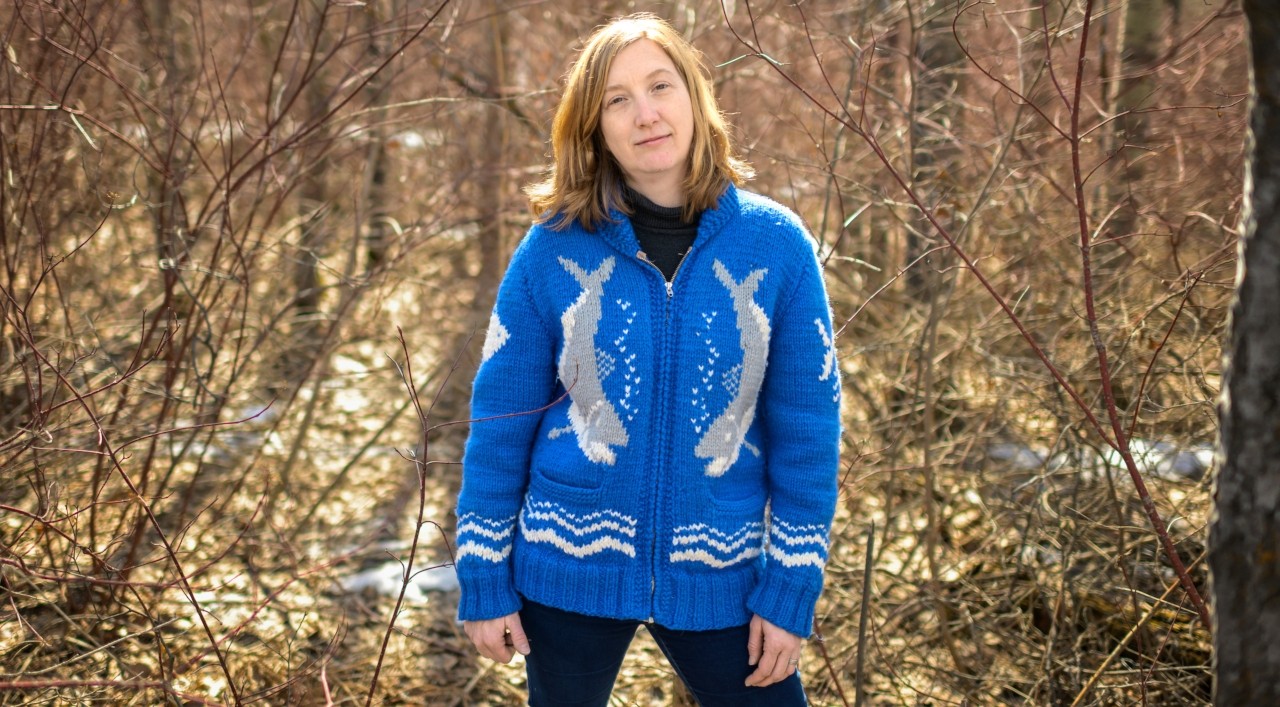 Lisa Prins co-ordinates the U of A's Humanities 101 program, which offers free, non-credit courses to anyone who wants to learn, regardless of their previous education or background. "Humanities 101 recognizes many different knowledges and ways of knowing, not just the kind that comes from a book or is learned in a classroom," she said. (Photo: Richard Siemens)

As the driving force behind Humanities 101, Lisa Prins is adamant the University of Alberta’s community outreach program showcases the university at its best.

Offering free, non-credit courses, Humanities 101 is open to anyone who wants to learn, regardless of previous education or background. There is no application process—you just come as you are.

“It recognizes there are a lot of people who don't have access to university education, for many possible reasons—whether poverty, insecure citizenship, literacy or language barriers,” said Prins.

"There are many intelligent Edmontonians who don’t have access to intentional spaces of learning. At ‘Hum,’ it doesn't matter where you've been or what you're doing. Humanities 101 recognizes many different knowledges and ways of knowing, not just the kind that comes from a book or is learned in a classroom."

In recognition of her impassioned leadership building bridges from Edmonton’s inner city to the university, and challenging ideas of who gets to learn on campus, Prins will receive a Community Connections Award this month after co-ordinating the program for eight years.

For more than two decades, Prins has forged relationships with inner-city organizations that assist Edmonton’s most under-supported citizens—those struggling with addictions, homelessness, criminalization and other social barriers to education.

Humanities 101 first launched in 2008 at Boyle Street Community Services, in partnership with Edmonton’s Learning Centre Literacy Association. Now, each term, classes can be found across Edmonton with one held on campus on Tuesday evenings.

Over the past decade, curriculum has explored such topics as the politics of fear, female activism, Indigenous studies, women’s knowledge, and taking back the airwaves. Between the three unique classes Humanities 101 provides each term, there are now more than a hundred graduates per year. Each student is given transit tickets and supplies, and provided with snacks when they arrive.

"There are a lot of barriers to coming to university, but some are really easy to meet, such as food and supplies,” said Prins. “In Hum, there is always food—some rely on it for their meal—but regardless, it's a great place to create community and relationships."

Since 2010, the Humanities Program has also run a course at Edmonton’s Wings of Providence, a second-stage women’s shelter for women leaving interpersonal violence. This course focuses on women’s knowledge and is instructed by volunteer faculty members. Humanities 101 recently partnered with Capital Region Housing to pilot a third course including one this past winter at Amity House, which provides free child care.

Teaming up with a group of women on campus called the Unruly Women’s Group, Prins has also helped introduce classes at the Edmonton Institution for Women and the Buffalo Sage Wellness House.

“Lisa has the type of leadership that many people talk about but few are able to pull off,” said colleague and Humanities 101 volunteer Jay Friesen. “She understands that everybody’s path is going to look different based on what they’ve seen and done in their own lives. I’ve never met a person who so thoughtfully inspires others to believe in their own knowledge, even if that knowledge isn’t what has been traditionally valued in education.”

"When I first walked into Kindred I thought I had a whole bunch of solutions to the problems I was about to encounter, but I realized I didn't know anything. I was immediately humbled, and more than once. It was huge and important learning,” she explained.

“I was a bit green, but I soon realized there was something systemically screwed up. That the systems were setting people up to fail, wanting them to fail, not allowing them to have access to things I thought were open to all. Things like health care, justice, housing and university."

Prins returned to the U of A to complete a master of arts in communications and technology, where she designed a remote text messaging system for women involved in street-level sex work. It allowed people to “communicate anonymously, warning each other about bad dates, bad drugs and other suspicious things that could impact safety," she said.

She first joined Humanities 101 as a volunteer while working on her master’s and working at Kindred House. She said it was exciting to participate in a space that blended learning and teaching, a space that was so diverse and active, a university classroom that turned conventions of learning inside out.

Prins eventually took over as co-ordinator of Humanities 101, quickly growing the program as support both on and off campus propelled it forward. She sees the job as a perfect fit, marrying her passion for people and learning. She is full of ideas for new courses and new topics, and keeps chiselling down those ivory tower walls.

"I have a desire to be part of spaces where people get to be themselves, and don't have to perform some kind of BS,” she said.

"I love people so damn much … I think they're beautiful and brilliant, and there's so little space beyond one kind of beautiful brilliance."

Lisa Prins will be recognized at a ceremony at Edmonton City Hall at noon on May 13, along with Megan Strickfaden, winner of the Community Scholar Award, and the City of Edmonton’s Talent Outreach and Work Experience Programs team, this year’s UAlberta Advocate winner.

U of A arts program co-ordinator challenges classroom conventions