U of A grads maintain highest employment rate in Canada, according to latest survey

University surges to 31st in the world for employment rate in latest QS employability rankings. 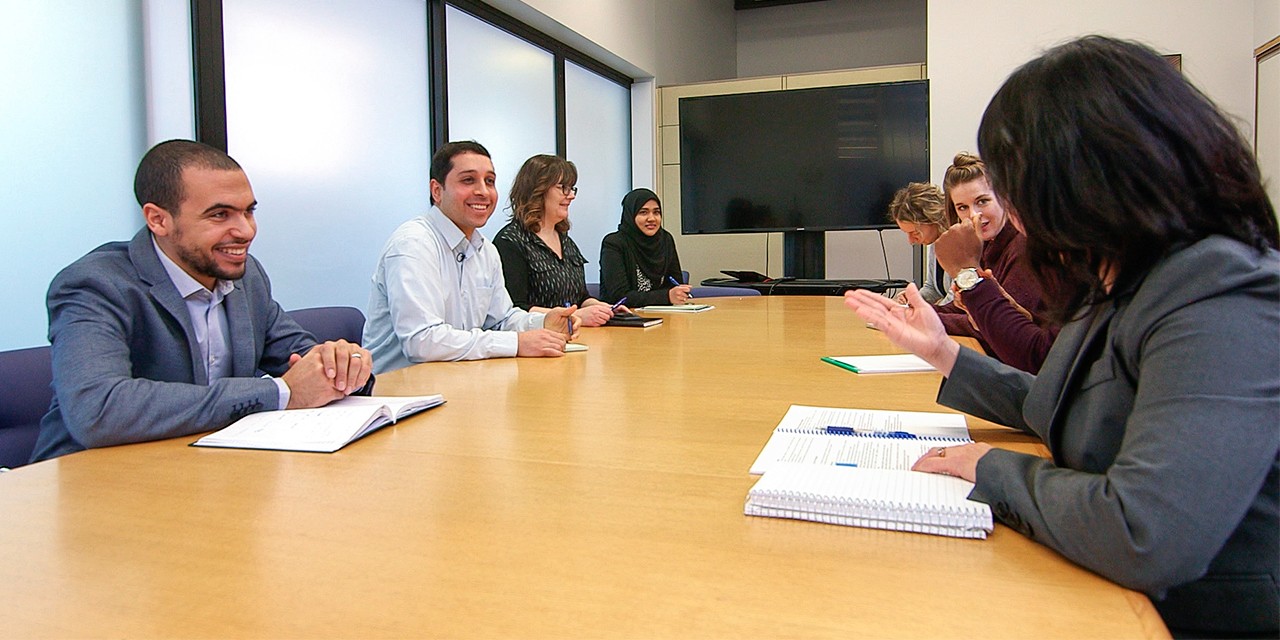 U of A graduates have the highest employment rate in Canada and are rising in the ranks of the world's most employable, according to the latest QS employability rankings. (Photo: Jeff Allen)

University of Alberta graduates have the highest employment rate in Canada and are moving up in the list of the world’s most employable, according to the latest global rankings.

The rankings also reaffirmed the U of A as an employment hotbed as the university ranked tops in Canada and surged to 31 in the world in the employment rate category, up from 52nd a year earlier.

Blessie Mathew, acting director and manager with Career Education Student Services at the U of A, said a steady recovery of Alberta’s economy over the last number of years certainly helps the employment of graduates, but explained the Career Centre is seeing steady increases in students and alumni engaging in experiences and activities that connect them directly to professionals in their fields and help them gain marketable skills and knowledge.

She said that in 2017-18, the centre assisted 321 students and alumni in securing work experience placements, compared with 234 the previous year.

“We are also working with employers who are acutely interested in engaging with students in meaningful and productive ways,” said Mathew. “They're looking for creative ways to investigate and build their future workforce. They understand that by investing in work experience opportunities, mentoring and job shadowing, they're getting the chance to meet students early and build relationships and commitment for the future.”

It has resulted in a 75th-place showing in the “partnerships with employers” indicator, moving the U of A from fifth to fourth in the rankings amongst Canadian schools, trailing only the universities of Toronto, Waterloo and British Columbia.

In July, the U of A finished among the top 100 in 20 areas of expertise assessed by the Shanghai Ranking Consultancy for its global rankings of academic subjects. The U of A placed ninth for environmental science and engineering—ahead of Princeton and MIT—and 17th for mining and mineral engineering, and business administration, which edged out the University of Toronto by two places. Other sound showings included 29th in instruments science and technology, 33rd in agricultural sciences, 35th in chemical engineering, 38th in nursing and 46th in earth sciences.

Earlier in the year, the 2018 QS World University Rankings by Subject saw the U of A rank seventh in sports-related subjects, 14th in mining engineering, 18th in nursing, 41st in education, 47th in pharmacy and pharmacology, and 47th in archeology.

The 2018 Times Higher Education’s subject rankings placed the U of A 60th in education, 77th in clinical, pre-clinical and health, 83rd in law and 99th in psychology.

U of A grads maintain highest employment rate in Canada, according to latest survey