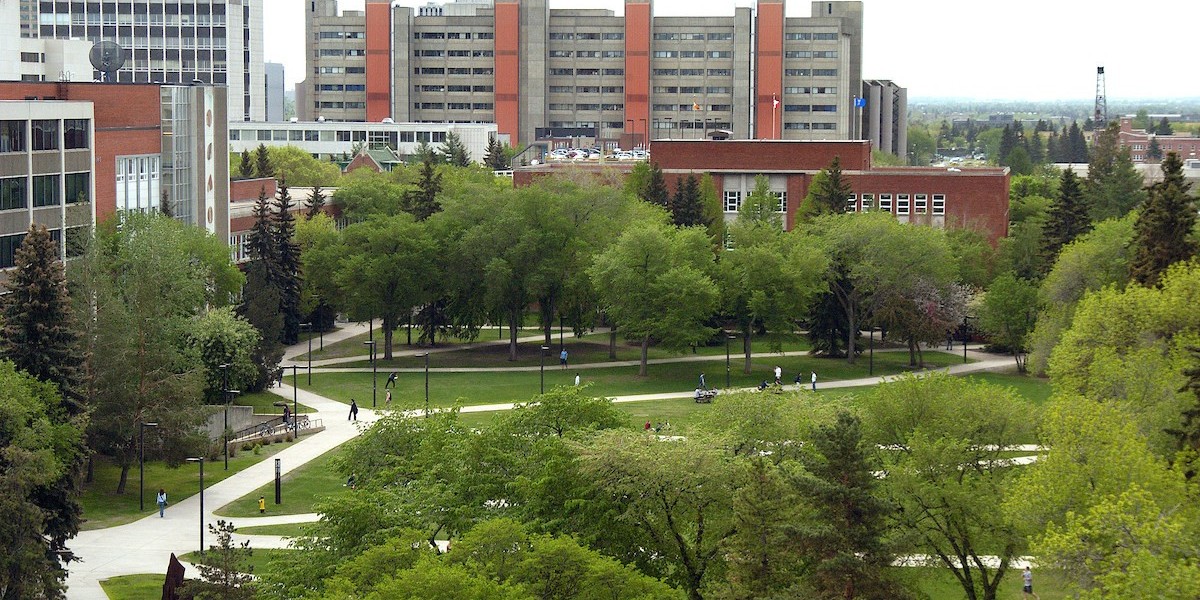 The U of A's strong academic reputation helped it hold its position among the top Canadian and North American universities, despite joining other Canadian schools in losing ground globally, according to the new QS World University Rankings. (Photo: Richard Siemens)

The University of Alberta held fast as one of the top universities in the country but joined its Canadian peers in losing ground internationally, according to the 2020 QS World University Rankings.

The annual ranking placed the U of A fourth nationally, but saw Alberta’s flagship university drop slightly from 109 to 113, while maintaining its rank of 37th among the best 183 post-secondary institutions in North America.

Ben Sowter, director of research at QS, said the dip—which affected half of the 26 ranked Canadian universities and all four at the top—was due in large part to cascades in QS’s faculty/student ratio indicator, for which 22 of the cohort of 26 have fallen.

And while the U of A slipped 11 spots in this indicator, its ratio of 8.1:1 still outpaced the ranking world average of 11.1:1 students per faculty member.

Sowter noted these numbers are buoyed by the fact that United States universities fell by an average of 16 places and 81 per cent of U.S. institutions suffered drops in their international student ratio performance.

“The evidence still suggests that Canada is likely to be an attractive alternative to international students disheartened by the discursive and political environments in both the United States and the United Kingdom,” said Sowter.

Massachusetts Institute of Technology was named the world number one for a record eighth consecutive year, ahead of Stanford, Harvard and Oxford. Canada’s top university remains the University of Toronto (29), followed by McGill University (35), the University of British Columbia (51) and the U of A.

The U of A’s nursing program maintained second place in the latest Maclean’s rankings of Canadian universities that saw education move up to third, while biology, business and environmental sciences placed fourth, and engineering and mathematics landed fifth.

The 2019 edition of the QS World University Rankings: Graduate Employability saw the U of A land in 87th spot, up from 94th a year earlier, with the highest graduate employment rate in Canada.

Other successes include the U of A finishing among the top 100 in 20 areas of expertise assessed by the Shanghai Ranking Consultancy for its global rankings of academic subjects. The U of A placed ninth for environmental sciences and engineering—ahead of Princeton and MIT—and 17th for mining and mineral engineering, and business administration, edging out the University of Toronto by two places.

Other sound showings included 29th in instruments science and technology, 33rd in agricultural sciences, 35th in chemical engineering, 38th in nursing and 46th in earth sciences.