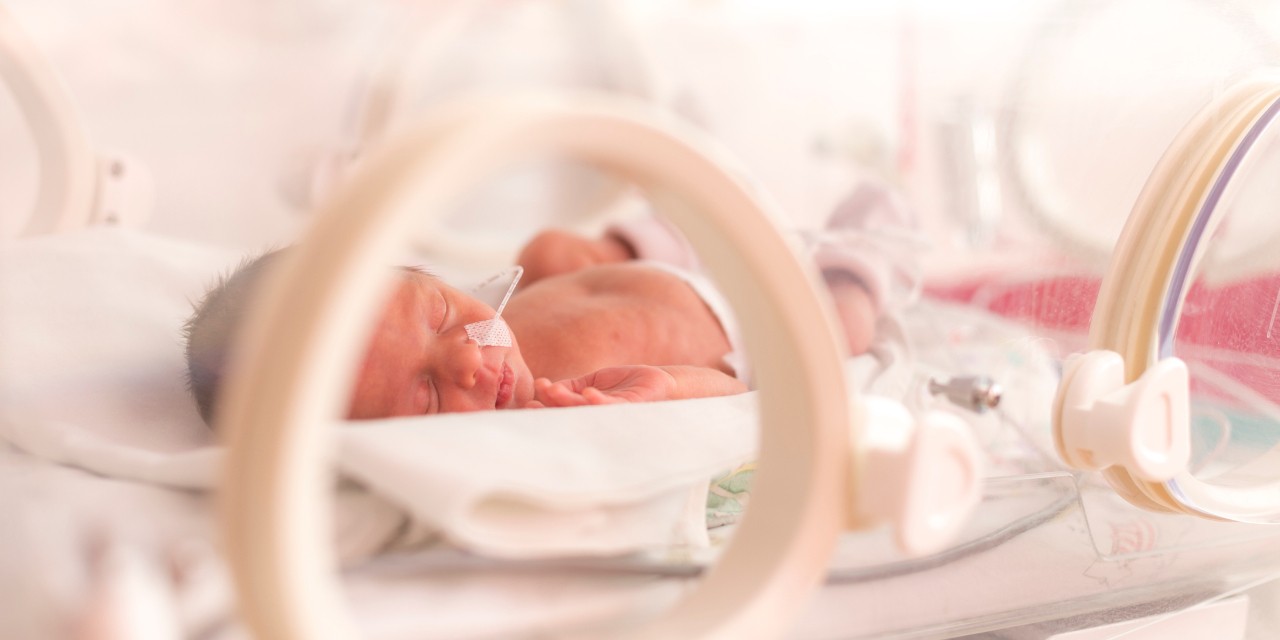 A new study aimed at determining the safest concentration of oxygen to resuscitate preterm babies is one of 32 U of A research projects receiving $26 million from the Canadian Institutes of Health Research. (Photo: Getty Images)

While the practice of titrating oxygen to resuscitate struggling newborns has led to better outcomes, there is a disagreement within the medical community about what concentration of oxygen should be given to vulnerable preterm babies born before 29 weeks of gestation.

University of Alberta neonatologist Georg Schmölzer said what complicates this knowledge gap is that, until fairly recently, researchers even disagreed on the optimal concentration of oxygen to resuscitate an otherwise healthy full-term baby.

“When I started training in the early 2000s, it was customary that you give 100 per cent oxygen to a baby to get the baby ‘pinked up’ as fast as possible, because babies come out blue as the womb is a low-oxygen environment.”

Though 100 per cent oxygen got full-term babies pink faster, researchers noticed rates of leukemia and mortality were lower when babies were resuscitated with regular air, which contains 21 per cent oxygen.

“They found giving 100 per cent oxygen can actually prevent a baby from starting to breathe at birth and can create apnea for a brief period of time,” said Schmölzer, who holds the Heart and Stroke Foundation/University of Alberta Professorship in Neonatal Resuscitation.

In 2010, guidelines for resuscitating full-term babies changed to the use of air only. But what about babies born extremely prematurely?

Schmölzer explained that at the gestational age of 29 weeks or earlier, the lungs are not fully developed and it is common for infants to have problems breathing at birth.

“We started at 100 per cent, but given that we know 100 per cent isn't perfect in term infants, a lot of experts around the world are suggesting maybe we should give less as well,” he said.

He noted there are a number of problems associated with having too much oxygen in the system. Once in the body, oxygen atoms split into free radicals, which are thought to play a role in a host of ailments including chronic lung disease and retinopathy of prematurity, a condition caused by abnormal development of blood vessels in the retinas of premature babies that can lead to blindness. The body fights the destruction to cells caused by free radicals using antioxidants, which preterm babies lack. An increase in the oxygen concentration can also lead to damage to the brain.

It turns out, however, using just air to resuscitate preterm babies led to higher mortality.

In an effort to pin down the precise oxygen concentration needed to resuscitate preterm babies, Schmölzer and his international research team received $2.2 million from the Canadian Institutes of Health Research. The researchers will compare outcomes at 18 to 24 months of preterm babies born between 23 and 28 weeks premature who were administered either 30 per cent or 60 per cent oxygen.

Overall, the U of A will receive $26 million in CIHR funding for 32 projects as part of the federal funding body’s fall project grant round.

CIHR grant recipients from U of A

Robin Clugston (medicine and dentistry)
Altered vitamin A homeostasis and retinoic acid signaling in the development of congenital diaphragmatic hernia, $569,925

James Hammond (medicine and dentistry)
Regulation of SLC43A3 expression and function, and its impact on 6-mercaptopurine cytotoxicity and resistance in the treatment of leukemia, $642,600

Jesse Jackson (medicine and dentistry)
Dissecting the role of the claustrum in anxiety, $730,575

David Olson (medicine and dentistry)
The role of interleukin-1 beta in preterm birth diagnosis and treatment, $1,067,175

Georg Schmölzer (medicine and dentistry)
Does the use of higher versus lower oxygen concentration improve neurodevelopmental outcomes at 18-24 months in very low birthweight infants?—The HiLo-Trial, $2,222,325

Lorne Tyrrell (medicine and dentistry)
The critical role of the nuclear pore complex during the life cycle of RNA viruses that replicate in the cytoplasm, $849,150