U of A medical researcher pens murder mystery

Rehabilitation science expert draws on experiences in academia for first foray into fiction. 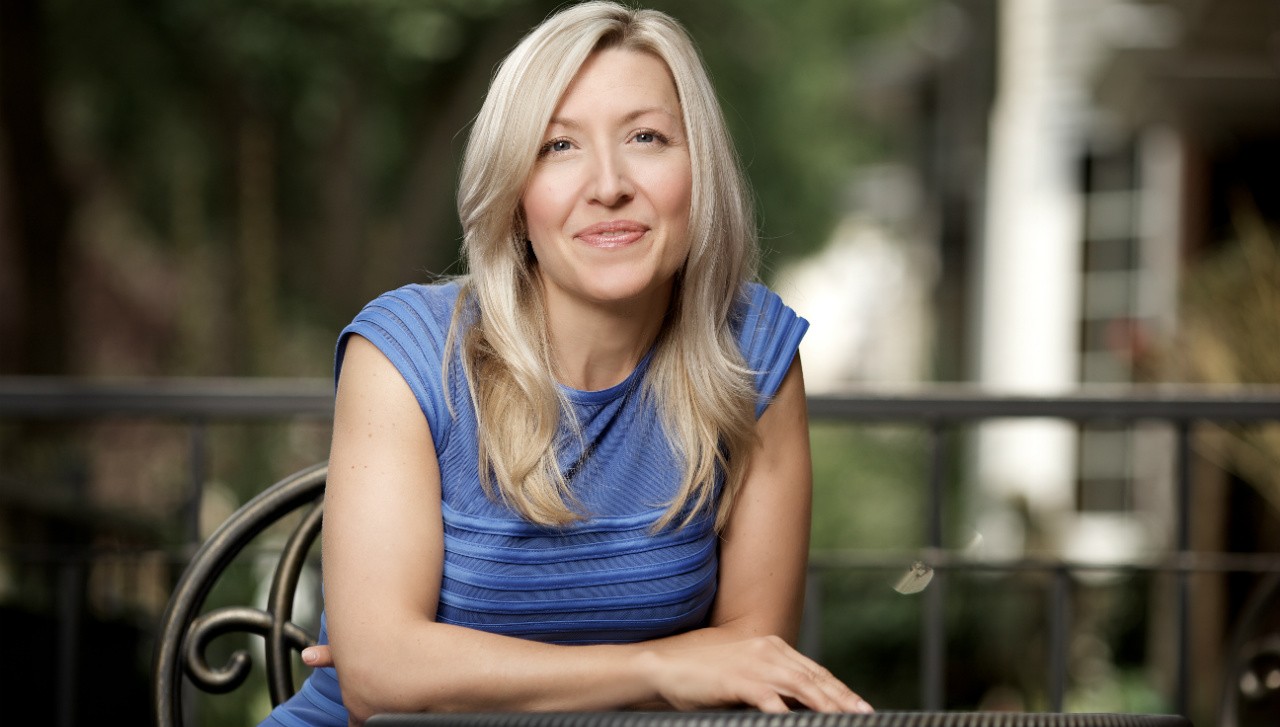 Jana Rieger's first novel, A Course in Deception, is a tale of medical misconduct and mysterious death related to a clinical trial of a new weight-loss drug. (Photo courtesy Jana Rieger)

In a university sleep clinic, researchers test a promising new weight-loss drug aimed at helping patients with sleep apnea. It soon becomes clear the drug is harming trial participants, but the researchers cover up the evidence.

It’s medical misconduct of the highest order, resulting in the mysterious death of one of the researchers. The story is also pure fiction, the premise of a new murder mystery by Jana Rieger, director of research at the University of Alberta’s Institute for Reconstructive Sciences in Medicine.

The plot unfolds at an unnamed university in Edmonton. But for those familiar with the landscape, there are a few giveaways. As the researchers begin their rise to fame, for example, they end up on the cover of Folio in its former print incarnation.

And though the crime at the heart of A Course in Deception is fabricated, Rieger said the pressures faced by researchers to stay on top are very real.

It took Rieger eight years to complete the book, whenever she could steal time away from a demanding research schedule. Her muse first appeared without warning while she was on sabbatical—a truly mystifying bolt from the blue. Before that day, she had no real experience with creative writing beyond “dabbling” with stories in high school—as a scientist, Rieger is used to a very different kind of writing.

“I had no intention to write a novel, but I felt like the box I had been functioning in (the template for scientific research publications) had exploded, and I was unleashed," she said.

Taken with one character in particular, a quirky female student, she sat down to begin channeling the student’s voice.

"I just had to write about this character,” she said. “I didn't know what the story was going to be, I just really needed to get it out."

An early draft of the novel was longlisted by a first-novel competition at Simon Fraser University, but she realized it needed work after a number of rejections from publishers. She turned to two acclaimed writers for help—Lisa Moore, whose 2013 novel Caught was shortlisted for the Giller Prize and is currently the basis of CBC TV’s dramatic series of the same name; and Lawrence Hill, whose Book of Negroes won the 2008 Commonwealth Writers’ Prize and CBC’s Canada Reads competition.

"They really cut to some of the problems I was having,” said Rieger. “I pulled the whole novel apart and learned how to create a scene and get rid of the fluff."

Wanting to spare herself the anguish of finding a publisher, she decided instead to self-publish with a B.C. company called Tellwell, which took care of print and electronic distribution. Since last March, A Course in Deception has sold about 3,000 copies.

Encouraged by the success, Rieger has launched into a second novel and is turning her first into a screenplay. But that doesn’t mean she’s fallen behind in her scientific research in the U of A's Faculty of Rehabilitation Medicine.

She is currently testing a muscle sensor for patients relearning how to swallow. Designed in collaboration with mechanical, electrical and computer engineers and industrial designers, the device measures contraction of muscles in the throat, giving patients crucial feedback and forwarding data to a clinician through a mobile app.

As with her novel, Rieger found the best way to get the device to patients was through her own enterprise—True Angle Medical Technologies.

But that’s her day job. Since that poetic visitation eight years ago, her heart now lies in what she does by the light of the moon.

"I don't know if I could not write creatively. It’s now what I do on evenings, weekends and holidays—it's what I love."

U of A medical researcher pens murder mystery