U of A mourns passing of influential coach and sport educator 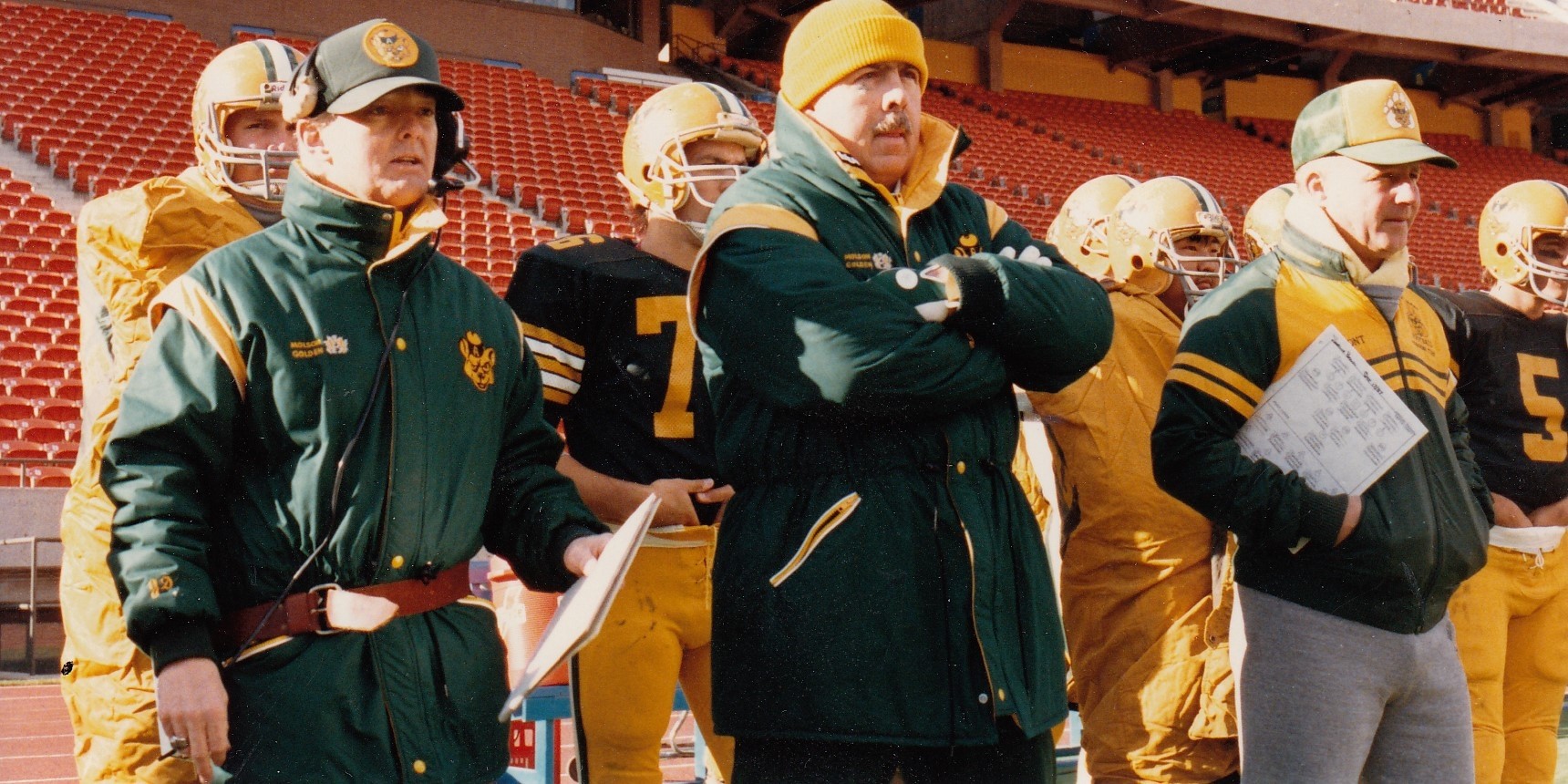 The University of Alberta is mourning the passing of Jim Donlevy, a passionate coach and sport administrator who had a tremendous impact on Golden Bears football and on sport throughout Western Canada with the Western Hockey League and Canada West. Donlevy died Aug. 4. He was 82.

After graduating from the U of A in 1961, he taught, coached and served as a physical education consultant with the Edmonton Catholic School Board. He spent three seasons as an assistant coach with the Edmonton Huskies, where he helped the CJFL squad to a Prairie conference championship and two Canadian league titles in 1962 and 1963. In 1970, he accepted an academic appointment to the Faculty of Physical Education and Recreation. He was eventually promoted to associate professor in 1976.

His time with Golden Bears football began as an assistant in 1965 under the legendary Gino Fracas, and he helped the Bears win the 1967 Vanier Cup as an assistant to Clare Drake. Donlevy was named head coach in 1971, and he spent 26 seasons on the sidelines with the gridiron Bears, including 18 seasons as head coach.

He was inducted to the Golden Bears and Pandas Sports Wall of Fame in 1996.

“When my career at the U of A started in 1990, Jim Donlevy was my first mentor,” said U of A athletic director Ian Reade. “He was a passionate supporter of the University of Alberta and a dedicated football coach. He always had the best interests of the students and the institution at heart.”

Aside from his contributions through coaching, Donlevy worked tirelessly with provincial and national football governing bodies, serving as president of the Alberta Football Coaches Association, Football Alberta and the Canadian University Football Coaches Association, and was named the football commissioner and convenor for Canada West Universities Athletic Association. He was also co-author of the first three levels of the Canadian national football coaching certification courses.

In 1991, Donlevy shifted away from coaching to the next chapter of his career when he took a two-year position as school liaison within the U of A Registrar's Office.

That position led to him being hired as manager of the Western Hockey League’s education program, which he oversaw for 20 years. During that time, Donlevy was instrumental in the junior hockey league’s remarkable growth in the academic area at the high school and post-secondary levels.

“All of our Western Hockey League clubs and WHL office staff are very saddened by the passing of our friend and colleague Jim Donlevy,” said WHL commissioner Ron Robison. “In his role as director of WHL Education Services for over 20 years, Jim was instrumental in establishing league-wide education standards and policies for student-athletes in the WHL.

“Jim was an integral part of establishing the foundation for what Canada West is today,” added Rocky Olfert, executive director of Canada West. “His many contributions as a coach, teacher and administrator will live on through the countless individuals he influenced during his time in university sport.”

A funeral service will be held Tuesday, Aug. 13, at 1 p.m. at St. James Catholic Church in Okotoks, Alberta.