U of A names honorary degree recipients for 2018 fall convocation 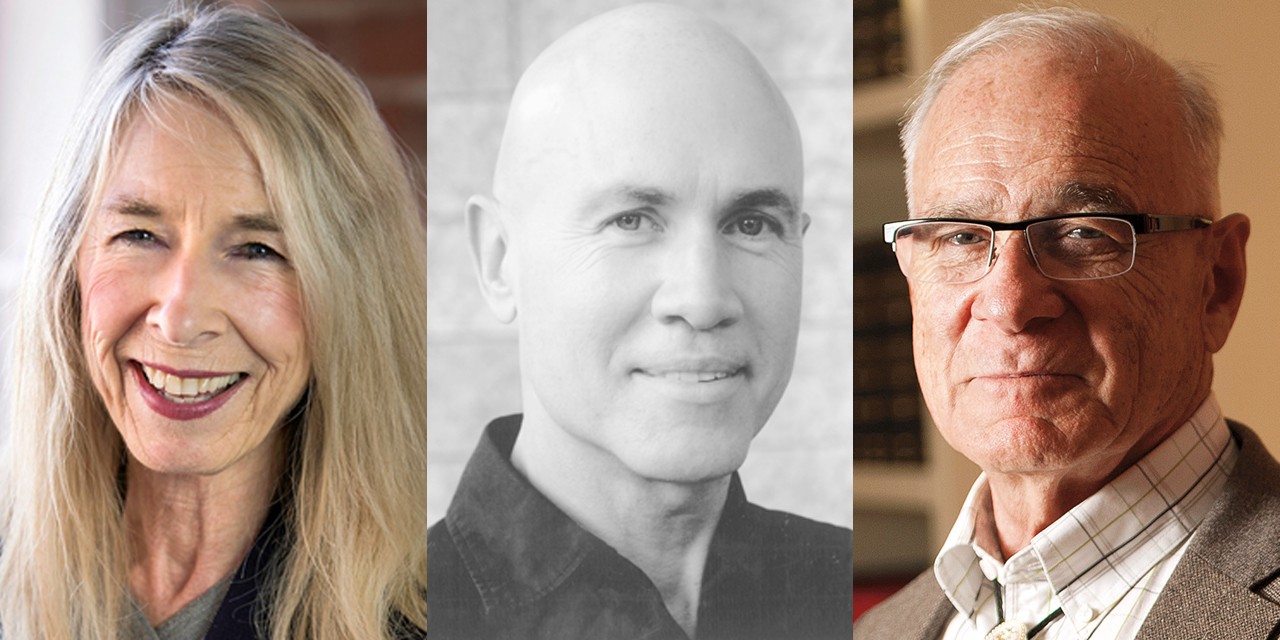 (From left) Brenda McLean, Jeremy Spurgeon and Dan Hays will receive honorary degrees from the University of Alberta during fall convocation ceremonies this November. (Photo of Dan Hays: John Ulan)

A Western Canadian philanthropist, a musical virtuoso and a former Canadian senator will be awarded honorary degrees from the University of Alberta this November.

“Honorary degrees celebrate creative minds in arts and performance as well as leaders in our public, private and not-for-profit sectors” said U of A chancellor Douglas Stollery. “For me, each recipient and each convocation ceremony underscores the incredible potential of our graduates to contribute to positive change in our communities.”

Co-founder of the McLean Group and President of the McLean McCuaig Foundation, Brenda McLean is a generous benefactor of health care and education in Alberta and British Columbia. Through her family foundation, she was instrumental in creating a pioneering centre for spinal research and treatment at Vancouver General Hospital. A past director of Queen’s University Council, her contributions to post-secondary education include establishing a chair in Canadian studies at the University of British Columbia; endowing numerous scholarships at UBC, Queen’s and the U of A; and establishing the Brenda and David McLean Reading Room in the U of A’s law school. The great-granddaughter of Alberta’s first premier, Alexander Rutherford, McLean also contributed to the building of the Presidents’ Circle and The Visionaries, a sculpture at the U of A honouring Rutherford and founding president Henry Marshall Tory.

Brenda McLean will receive an honorary doctor of laws degree Nov. 20 at 3 p.m.

One of our country’s foremost organists, pianists, accompanists and choir directors, Jeremy Spurgeon has devoted his talents to building and serving Edmonton’s music community for nearly four decades. A versatile performer and dedicated mentor to generations of young musicians, he is also an advocate for classical and church music in Edmonton. He played a crucial role in lobbying to build the Davis Concert Organ—the largest concert organ in Canada—at the Francis Winspear Centre for Music. Spurgeon is principal organist with the Edmonton Symphony Orchestra and has been music director at All Saints’ Anglican Cathedral since 1980. In 2015, he received the Diocese of Edmonton’s Excellence in Music Award and the City of Edmonton’s Citation Award for Arts and Culture.

Jeremy Spurgeon will receive an honorary doctor of letters degree Nov. 21 at 10 a.m.

The Honourable Dan Hays has made lasting contributions to Alberta and Canada as a lawyer, livestock breeder and Canadian senator. With his father, Harry Hays, he developed the only recognized Canadian pure breed of cattle, the Hays Converter. The better part of his herd was recently donated to the U of A. During his parliamentary career, he served in various roles including president of the Liberal Party of Canada (1994-1998), deputy leader of the government in the Senate (1999), leader of the Opposition (2006-2007) and speaker (2001-2006). As a senator, Hays influenced policy related to agriculture, forestry, energy and the environment. A tireless promoter of Canadian international relations, in particular with the Asia-Pacific, he was awarded the Grand Cordon of the Order of the Sacred Treasure by the Emperor of Japan in 2000, and was made an officer of France’s Légion d’honneur in 2011 for his involvement with the francophone community.

Dan Hays will receive an honorary doctor of laws degree Nov. 21 at 3 p.m.

U of A names honorary degree recipients for 2018 fall convocation