U of A physicists develop new technique to create quantum memory 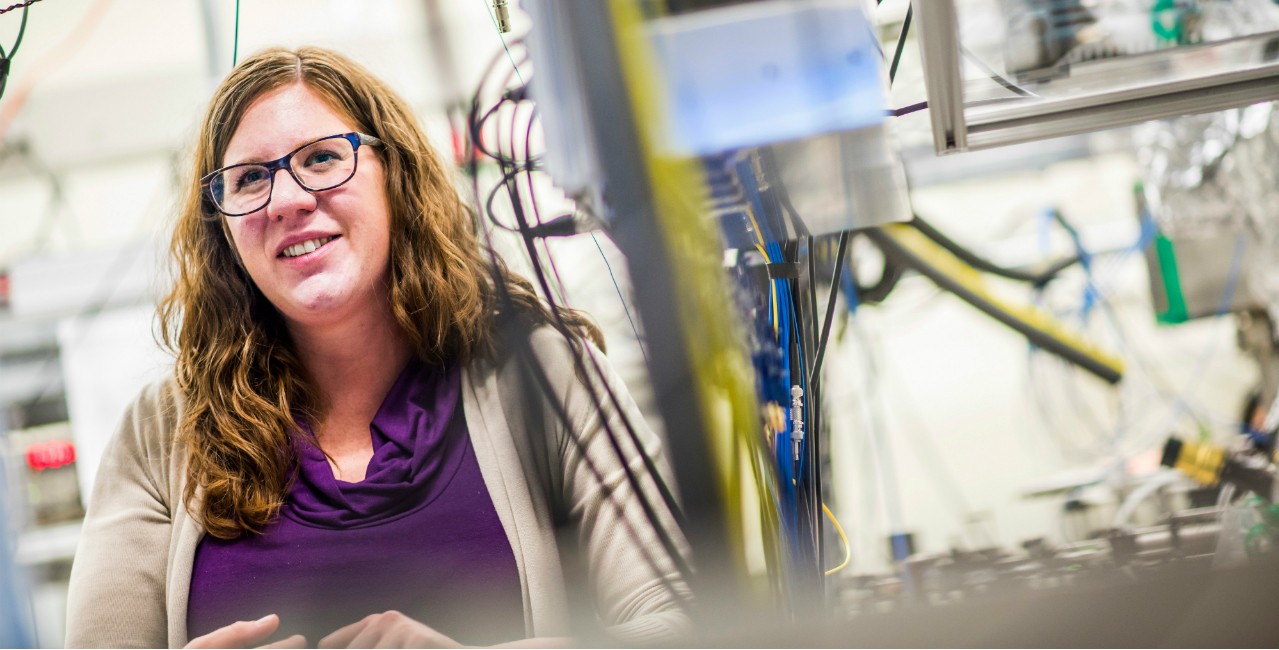 Lindsay Leblanc led a research team that developed a new technique for building quantum memory, which uses fast pulses of light to store and retrieve data. The new technique is simpler and uses less power than other quantum storage methods. (Photo: John Ulan)

Physicists at the University of Alberta have developed a new way to build quantum memory that could help pave the way for a next-generation quantum internet that is more secure but can still take advantage of existing network technology like fibre-optic cables.

“We’ve developed a new way to store pulses of light—down to the single-photon level—in clouds of ultracold rubidium atoms, and to later retrieve them on demand by shining a ‘control' pulse of light,” said Lindsay LeBlanc, assistant professor of physics and Canada Research Chair in Ultracold Gases for Quantum Simulation. LeBlanc conducted the research with post-doctoral fellow Erhan Saglamyurek.

Quantum memory is an important component of quantum networks, serving much the same role as hard drives in today’s computers.

“The amount of power needed is significantly lower than current options, and these reduced requirements make it easier to implement in other labs,” said Saglamyurek.

The discovery will allow for the crucial scaling up of quantum technologies, which has proven the biggest challenge to date in the emerging field. For example, Leblanc noted, because it can store data until it is needed, the new memory could be useful for transmitting data securely over longer distances.

The study, “Coherent Storage and Manipulation of Broadband Photons Via Dynamically Controlled Autler-Townes Splitting,” was published in Nature Photonics.

U of A physicists develop new technique to create quantum memory

Public acceptance of protective masks growing in Canada
Six expert tips for finding good information about COVID-19
U of A ranked among world’s top energy research universities
COMMENTARY || As a Sufi singer, I believe the sounds of world religions can cultivate compassion during COVID-19
Majority of Chinese-Canadians say they’ve experienced discrimination because of COVID-19: study
COMMENTARY || As other leagues rethink racist team names, it’s time to rename the Edmonton Eskimos
Newsroom