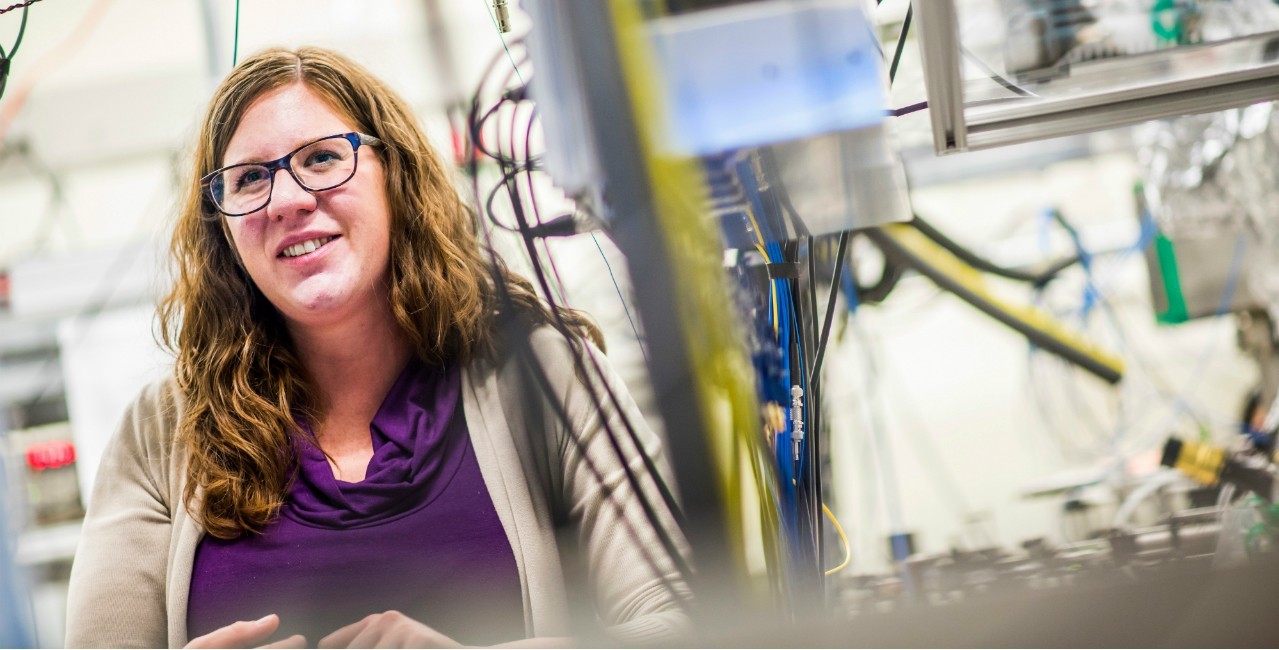 Physicist Lindsay LeBlanc was part of a U of A team that developed a technique to translate data from microwaves to optical light, which could have applications in quantum computing and fibre optics. (Photo: John Ulan)

Physicists at the University of Alberta have developed technology that can translate data from microwaves to optical light—an advance that has promising applications in the next generation of super-fast quantum computers and secure fibre-optic telecommunications.

“Many quantum computer technologies work in the microwave regime, while many quantum communications channels, such as fibre and satellite, work with optical light,” explained Lindsay LeBlanc, who holds the Canada Research Chair in Ultracold Gases for Quantum Simulation. “We hope that this platform can be used in the future to transduce quantum signals between these two regimes.”

The new technology works by introducing a strong interaction between microwave radiation and atomic gas. The microwaves are then modulated with an audio signal, encoding information into the microwave. This modulation is passed through the gas atoms, which are then probed with optical light to encode the signal into the light.

“This transfer of information from the microwave domain to the optical domain is the key result,” said LeBlanc. “The wavelengths of these two carrier signals differ by a factor of 50,000. It is not easy to transduce the signal between these regimes, but this transfer proves this is possible.”

LeBlanc and Davis are part of Quanta, an NSERC CREATE program designed to train graduate students in emerging quantum technologies.

“This idea arose by having talks and meeting within the Quanta group—and it turned out to work as well or better than we first expected,” said LeBlanc.

“This sort of discovery-led research can be very fruitful, and lead us to new possibilities.”

Funding for the project was provided by Alberta Innovates.

The study, “Atomic Microwave-to-Optical Signal Transduction via Magnetic-Field Coupling in a Resonant Microwave Cavity,” was published in Applied Physics Letters.