U of A president to step down next year

David H. Turpin announces he will finish his current term but not seek a renewal. 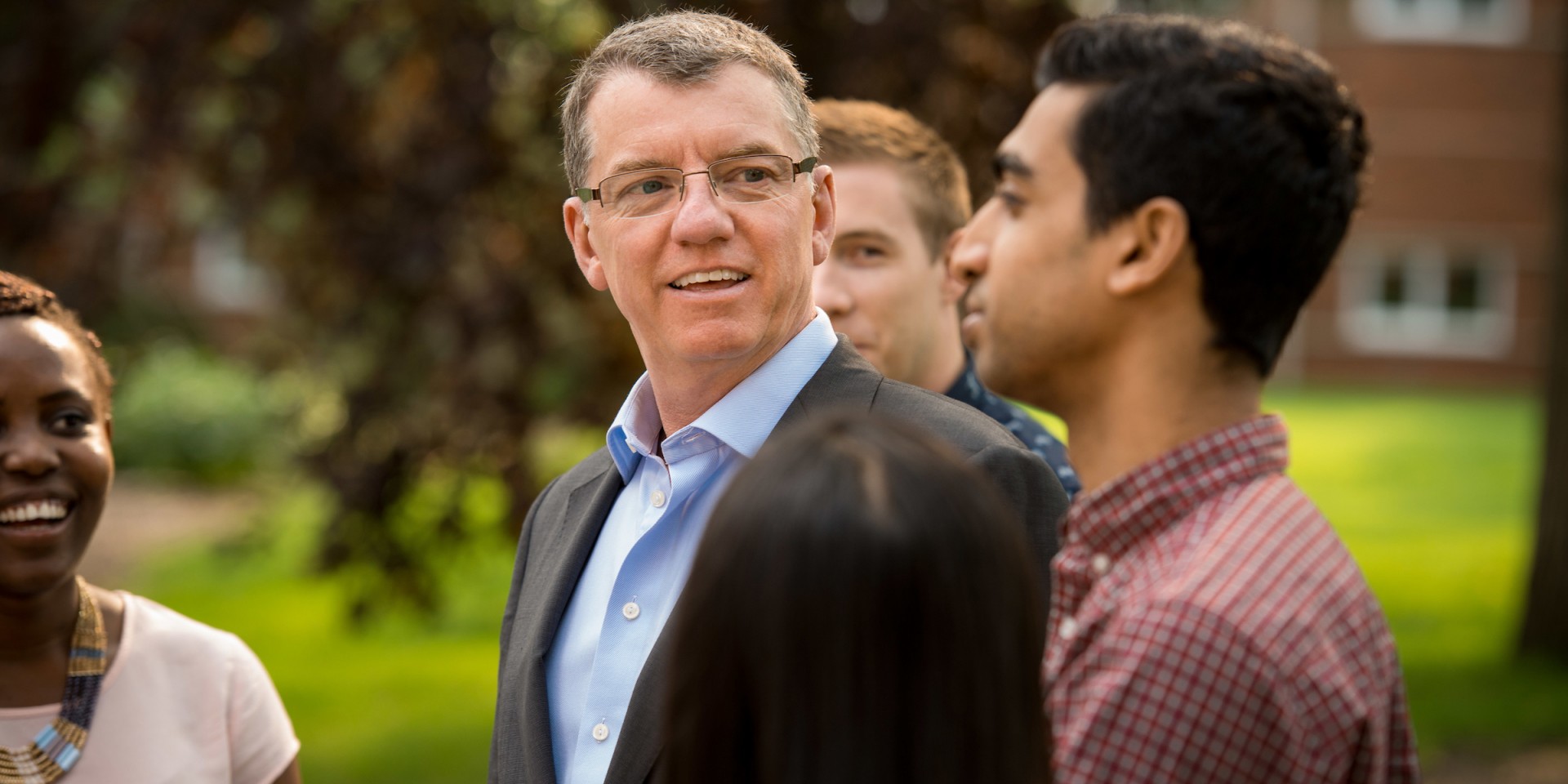 It was one of the most difficult decisions of his career, said University of Alberta president David H. Turpin as he announced he will finish his current term, ending on June 30, 2020, but will not seek a second term. (Photo: Richard Siemens)

In what he calls one of the most difficult decisions of his career, David H. Turpin said he will not seek a renewal as president of the University of Alberta when his contract ends on June 30, 2020.

“There’s no doubt being president of this university has been the highlight of my career,” said Turpin. “My wife Suromitra and I have needed several months to weigh multiple personal and professional factors in making this decision.

“My academic career will have spanned 40 years by 2020, and Suromitra and I want to be able to explore and take on other opportunities that will allow us to continue to make more lasting contributions to the community and nation.”

Michael Phair, chair of the university’s board of governors, said he had hoped Turpin would have sought to renew his contract.

“He has been an outstanding president, and we strongly encouraged him to seek a renewal of his appointment,” he said. “At the same time, we also wish him the very best. Once his term ends 15 months from now, we know he will continue to be a great ambassador for the U of A—and an outstanding leader for Canada—no matter where his next challenges take him.”

For the Public Good

Turpin is particularly proud of the work that went into developing For the Public Good, the U of A’s strategic plan, and the initiatives that flow from it.

He said the national recruitment strategy has led to record numbers of prospective students choosing the U of A. Residence renewal and guaranteed spots for every first-year student are also contributing to the university’s success in building a more diverse student body.

He noted the university brought in record amounts of external research funding, with significant national and international success in energy and artificial intelligence research.

Within the university, reviews of its academic and governance systems took place, leading to a strengthening of the institution.

“Thanks to the efforts of the members of the general faculties council and the board of governors, we shifted the tone and are able now to talk through tough issues together and reach consensus decisions in a collegial environment. All of this is essential to our being able to fulfil our mandate and mission to the highest standards possible,” he said.

One such tough issue was the 2018-19 budget, which included a four per cent cut across the academy and three fee increases. Turpin said the measures were necessary to address the university’s growing $14-million structural deficit.

“If we don’t deal with that, we are simply saying to future generations, you have to deal with it,” he said at the time.

The structural deficit was eliminated the following year, putting the university on a stronger financial footing.

Also that year, in June, the university conferred an honorary degree on David Suzuki for his promotion of science literacy and education. Turpin acknowledged the decision to award Suzuki the honorary degree was controversial but insisted universities must not be afraid of controversy.

“Stifle controversy and you also stifle the pursuit of knowledge, the generation of ideas and the discovery of new truths,” he said. “If you take uncomfortable ideas, debate and conflict out of the university, its fundamental role in society disappears.”

Turpin said one of the priorities he will focus on over the next 15 months is continuing to build a provincial coalition of post-secondary presidents and institutions to advocate for growth across the sector.

Turpin was instrumental in having the Council of Post-secondary Presidents of Alberta launch a campaign to create additional spaces for students in post-secondary institutions, reform Alberta’s student aid system to include a higher percentage of needs-based grants, and expand the province’s research and innovation capacity.

On the national front, he will continue to lead efforts to identify and create opportunities for research program and infrastructure funding to benefit both the U of A and the country in general.

Turpin said this will include ensuring the recommendations of the Fundamental Science Review continue to roll out critical funding for basic research, and advocating strongly on behalf of the U of A for special targeted funding to support specific areas of research.

Turpin stressed he will be working closely with senior leadership at the U of A to push forward on key academic initiatives, such as signature areas, experiential learning, Indigenous initiatives and a new international strategy. He said he expects other major initiatives, such as the Equity, Diversity and Inclusion strategy, budget model, brand platform, UniForum initiative and integrated asset management strategy, to be completed or well underway before the end of his term in June 2020.

Under Turpin’s leadership, the university had two of its best fundraising years ever. And it’s expected this year’s fundraising will lead to another excellent result.

“I also want to work with the deans and other senior leaders to put the university in position for record success in its next major fundraising campaign,” he said.

The board of governors will strike a presidential search committee to begin the process of finding the U of A’s next president.

“As this process develops in the coming weeks, we’ll be sharing more information with the community,” said Phair.

U of A president to step down next year