U of A professor partnering on high-performance military fabrics 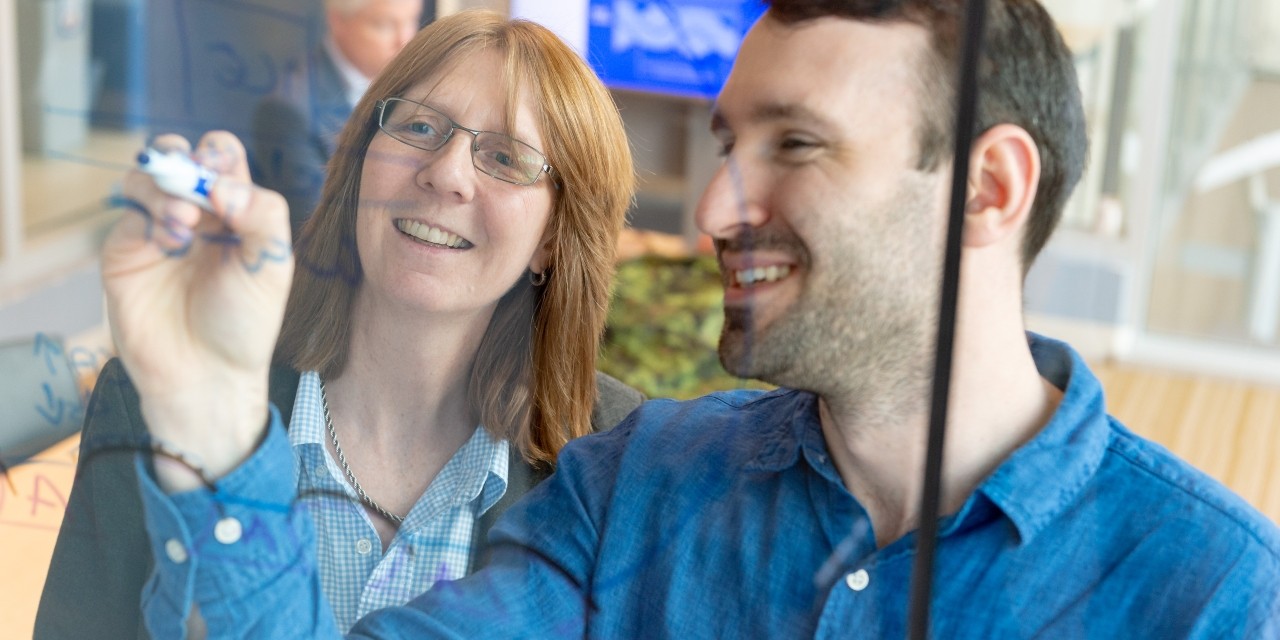 U of A textile scientist Patricia Dolez (left) is working with UBC engineering professor Kevin Golovin and a team of researchers from across Western Canada to develop high-tech protective gear for the Canadian military. (Photo: Supplied)

A new project to develop high-tech protective gear for Canadian troops is also a big win for the Western Canadian textile sector, a University of Alberta professor says.

Textile scientist Patricia Dolez is a lead collaborator on a three-year partnership to create and test new textile technologies and body armour solutions for the Canadian Armed Forces.

“What they want us to do is start from ideas that have not been done yet and explore them,” Dolez said. “It’s a unique opportunity; it’s really great to have that big group with ideas jumping all over the place.”

The $1.5-million federal government investment brings together defence and security firms and 13 Western Canadian researchers from three universities. They will collaborate on a project called COMFORTS, short for Comfort-Optimized Materials for Operational Resilience, Thermal-transport and Survivability.

The network will tackle eight small projects, each corresponding to a different layer that addresses a specific problem troops might encounter on the ground. But Dolez said COMFORTS will also help researchers build a collaborative network in a growing field.

To be effective, soldiers need more than bulletproof vests and protection from explosives. They have to be comfortable in all kinds of environments, with possible exposure to biohazards, chemicals, extreme temperatures and weather, Dolez explained.

Kevin Golovin, the University of British Columbia Okanagan engineering professor leading the project, envisages a flexible layered garment that can be adapted to different circumstances, with real-time sensors to detect comfort level.

Dolez’s main contribution will be a layer using nanofibres to guard against chemical and biological hazards while keeping the wearer cool and able to move. She plans on collaborating with colleague Cagri Ayranci, a U of A professor in mechanical engineering with expertise in electrospinning, which can form nanofibre mats that are excellent filters.

As the sole textile scientist on the team, Dolez will also contribute to two other projects. One is a moisture management layer to keep the wearer dry, which Dolez will support with her previous experience using nanotechnology to make textiles superhydrophobic.

The second is the heat-resistant base layer. Because of its proximity to Alberta’s oil and gas industry, the U of A has long been at the forefront of studying flammability. The university owns one of two flash fire testing facilities in Canada to test the effectiveness of fire-resistant clothing. In an industrial facility in Edmonton’s east end, a fibreglass mannequin rigged with more than 100 sensors can be blasted by a dozen torches.

While the team does not expect to produce a field-tested military garment in the next three years, Dolez said the project will provide innovations in multiple fields and be a crucial step in development. Beyond its military application, the project will bring together researchers with distinctive approaches to problems. The connections could lead to new collaborations that help keep Canadians safe.

“It’s not one plus one,” Dolez said. “You keep on adding. It’s like an attractor, bringing people together to make links. It’s exciting.”

U of A professor partnering on high-performance military fabrics