New study could help reduce industrial disturbance by predicting where owls are likely to be nesting. 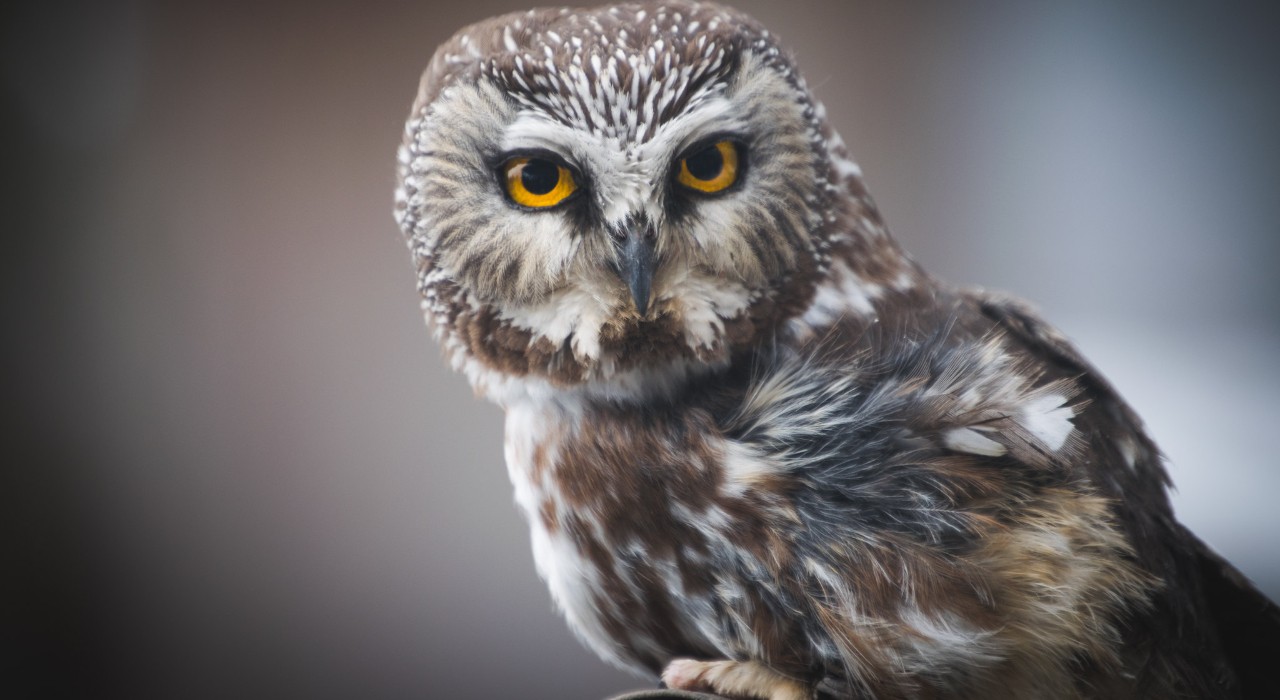 The northern saw-whet owl prefers to nest in areas with a mix of open cropland and forest, with mild winters and cool summers, according to new U of A research that reveals the likely breeding grounds of two wide-ranging but hard-to-track owl species. (Photo: Kristina Servant/Flickr, CC BY 2.0)

The breeding grounds of two elusive Canadian owls could be a little safer now thanks to new University of Alberta research.

Zoltán Domahidi was among a group of researchers who identified new factors that give a better idea of the habitat most likely used for nesting by the hard-to-track boreal owl and the northern saw-whet owl.

The information, published in Avian Conservation & Ecology, could be used by forest planners to avoid the owls’ breeding grounds.

“Pipeline, road or utility line planners could use this information to provide alternate routes if their future projects create linear disturbances in areas where boreal owls are most likely to be,” said Domahidi.

Though neither species is currently at risk in North America, extensive research in Finland has shown that boreal owls in that country went from being one of the most common forest predators to a threatened species after intensive logging changed forest age and structure, Domahidi noted.

“We have the history of what’s happened in Finland and maybe we can be more proactive instead of reactive,” said Domahidi, who did a master’s thesis in the Faculty of Agricultural, Life & Environmental Sciences to help improve a scant knowledge base about the birds’ habitat.

Both species, as avian predators, are important to help maintain biodiversity and balance in the boreal forest ecosystem, he added, but little is known about their breeding habitat, relative to the huge area of Canada they are believed to occupy.

The boreal owl population ranges from 50,000 to 500,000, while the saw-whet’s estimated numbers are between 500,000 and five million, according to the Government of Canada. Though they are known to live in North America's mature northern forests including in Alberta, they are difficult to monitor.

“They’re hard to encounter, especially during the breeding season, because they’re nocturnal, they nest in remote forested areas where few people go and they stay hidden,” said Domahidi.

Females nest in tree cavities with their eggs and chicks for nearly two months while their mates feed them at night and stay hidden from predators during the day.

To get a better idea of predicting where the owls would likely be nesting, Domahidi recorded forest sounds—including owl calls—at 677 sites in northern Alberta forests near Athabasca, Lac la Biche and Fort McMurray, and in the Peace country. Site data were also collected on average annual temperature, rain and snowfall, land cover like croplands and grasslands, and human disturbances like roads and pipelines.

All of the information was then used to produce a map that can accurately predict where the owls are most likely to breed and nest.

The study showed that boreal owls were most often found in heavily forested areas interspersed with some grasslands, with cold winters and cool summers. They also tended to avoid linear features like seismic lines or roads.

The best predictor for the presence of the saw-whet owl was the availability of open cropland mixed with forest in areas with mild winters and cool summers.