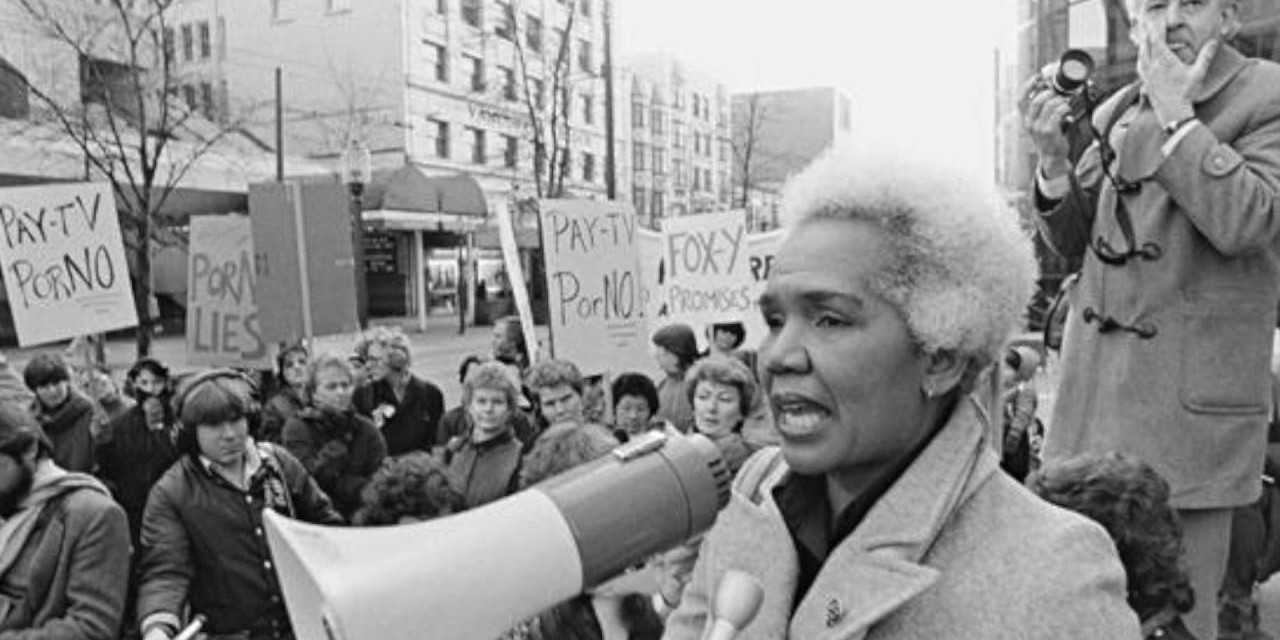 Rosemary Brown, the first black Canadian woman to be elected to a provincial legislature, is one of 12 black female Canadian politicians featured in a video created by U of A political scientist Malinda Smith. (Image: Digital Archive Ontario)

You likely know February is dedicated to celebrating black history, officially in Canada since a motion passed in the House of Commons in 1995. But do you know who introduced that motion?

Jean Augustine might not immediately jump to mind—despite the fact she was the first black woman elected to Parliament.

Augustine is just one of many Canadian black women whose contributions to human rights and citizenship in this country far outweigh their public profiles.

To “make the hidden visible,” University of Alberta political scientist Malinda Smith has launched what she calls an “excavation project” aimed at bringing to light the stories of Canada’s trailblazing black heroines.

“What they all share in common is a deep and abiding commitment to human rights and social justice, to education, and to public service and giving back to the broader community,” said Smith.

Ensuring those stories spread as widely as possible, she is putting together a series of short, social media-friendly videos. The first features a dozen black female Canadian politicians.

“I wanted short, easily digested clips that can also be used in schools and universities,” she said. “Almost without exception, the women profiled in video capture the diversity of the black population in Canada, and a deep commitment to human rights, education and public service.”

Some figures in the video are better known, such as former governor general Michaëlle Jean, who first came to Canada as a refugee, was home-schooled and went on to become a journalist at Radio Canada and the CBC. She became the first black governor general of Canada and the first Canadian to serve as secretary-general of the Organisation Internationale de la Francophonie.

But the stories of many are not as visible, said Smith, particularly two Western Canadian politicians.

Rosemary Brown, born in Kingston, Jamaica, became a social worker in Vancouver and then became the first black Canadian woman to be elected to a provincial legislature when she served as an MLA for the New Democratic Party between 1972 and 1986 in B.C.

Some of the trailblazers have roots in Canada going back generations, while others immigrated as refugees or worked their way up from the bottom rungs of social class, said Smith.

Whether housekeepers or teachers, refugees or immigrants, they overcame "extraordinary obstacles" to earn a seat at the table of power.

Smith’s project, funded by the Pierre Elliott Trudeau Foundation, is in fact called “A Seat at the Table: Engendering Black Canadian Pasts and Futures.”

The project is named after a famous quote by Shirley Chisholm, the first black woman elected to the U.S. Congress: “If they don't give you a seat at the table, bring a folding chair.”

“One thing my research aims to do is flesh out the complexity of what it means to be black, the diversity of blackness, but I focus on Canadian stories rather than an all-too common tendency to rely on ‘borrowed blackness’—that is, to interpret black life in Canada primarily through a black American lens,” said Smith.

Segments to come in her video series will feature groundbreaking black women in education and the law, including U of A law graduate Violet King Henry, who was responsible for a number of Canadian milestones: the first black Canadian to obtain a law degree in Alberta, the first black person admitted to the Alberta Bar and the first black woman to become a lawyer in Canada.

Smith added her research is especially important for black students' associations across Canada, like the one established at the U of A just last month, to point to powerful mentors in their own backyard.

"It helps to say earlier generations were paving the way, and succeeding despite significant obstacles,” she said.