U of A researcher uses canola to create biodegradable cling wrap 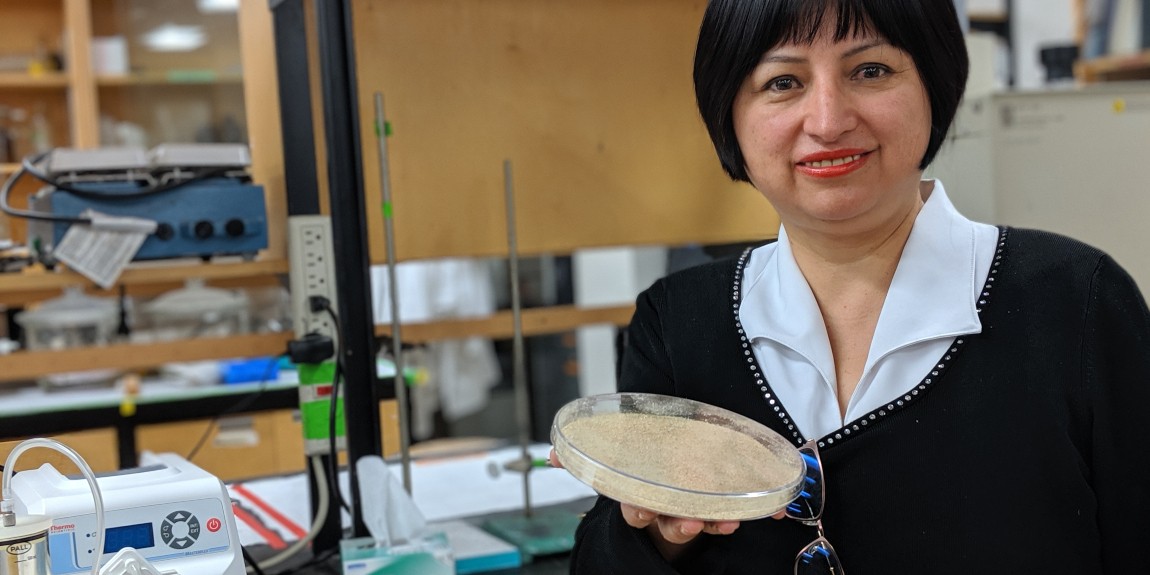 U of A researcher Marleny Saldaña in her lab with a sample of ground-up canola straw. Saldaña used the waste byproduct to create cellulose fibre that makes the biodegradable, plant-based cling wrap she's developing 12 times stronger. (Photo: Sean Townsend)

A University of Alberta researcher has found a new use for a canola byproduct, providing potential for diverse markets beyond China.

Canola straw—the fibrous stalk left in the field after the plant is harvested for its oil—is proving useful in strengthening a plant-based cling wrap developed by Marleny Saldaña, a researcher in food and bioengineering processing.

In a new study, Saldaña and her research team used cellulose nanofibres from canola straw to make the clear, plastic-like film, which is 12 times stronger than what they’ve already developed from cassava starch. The straw, which has little other use except as bedding for soil nutrients, contains cellulose and lignin, two components that support the canola plant.

Using canola straw this way demonstrates potential value-added options for the crop residue besides obtaining oil and protein from its seed, said Saldaña, who believes her and her team’s discovery to be the first application of its kind.

The crop generates $26.7 billion in economic activity for the Canadian economy and employs more than 250,000 Canadians, according to the Canadian Canola Growers Association. In 2017, canola was the single largest contributor to farm cash receipts in Canada.

China is the largest buyer of Canadian canola. Last March, the country banned imports of the Canadian crop, which has depressed prices. It is believed to have done so as part of an ongoing diplomatic and trade dispute.

Considering that canola is a huge export crop for Canada and that canola straw makes up 42 per cent of the plant, a lot of that byproduct could be leveraged to diversify markets and even spur industry, Saldaña believes.

“We have the capacity here for processing canola in Canada to create more industry and high-value products like cellulose nanofibres from canola straw,” she said.

The biodegradable film Saldaña and her team developed from damaged potatoes and inexpensive cassava roots from Brazil and Africa can be used to package food. Unlike plastic, it is environmentally friendly. Its innovative development caught the attention of the Canadian Agriculture Food Museum, which featured it in an educational video.

“We have a huge problem with the millions of tonnes of plastics that are produced; landfilling isn’t possible anymore as much of it winds up in our oceans, so we need to look for new alternatives to produce these types of materials for a wide range of applications,” she explained.

The canola straw cellulose, which can be produced in a highly concentrated form, also has potential to be used in cosmetics, pharmaceuticals and possibly even biomedical applications, Saldaña said.

“The straw remains underexplored, but the product potential is huge.”

U of A researcher uses canola to create biodegradable cling wrap