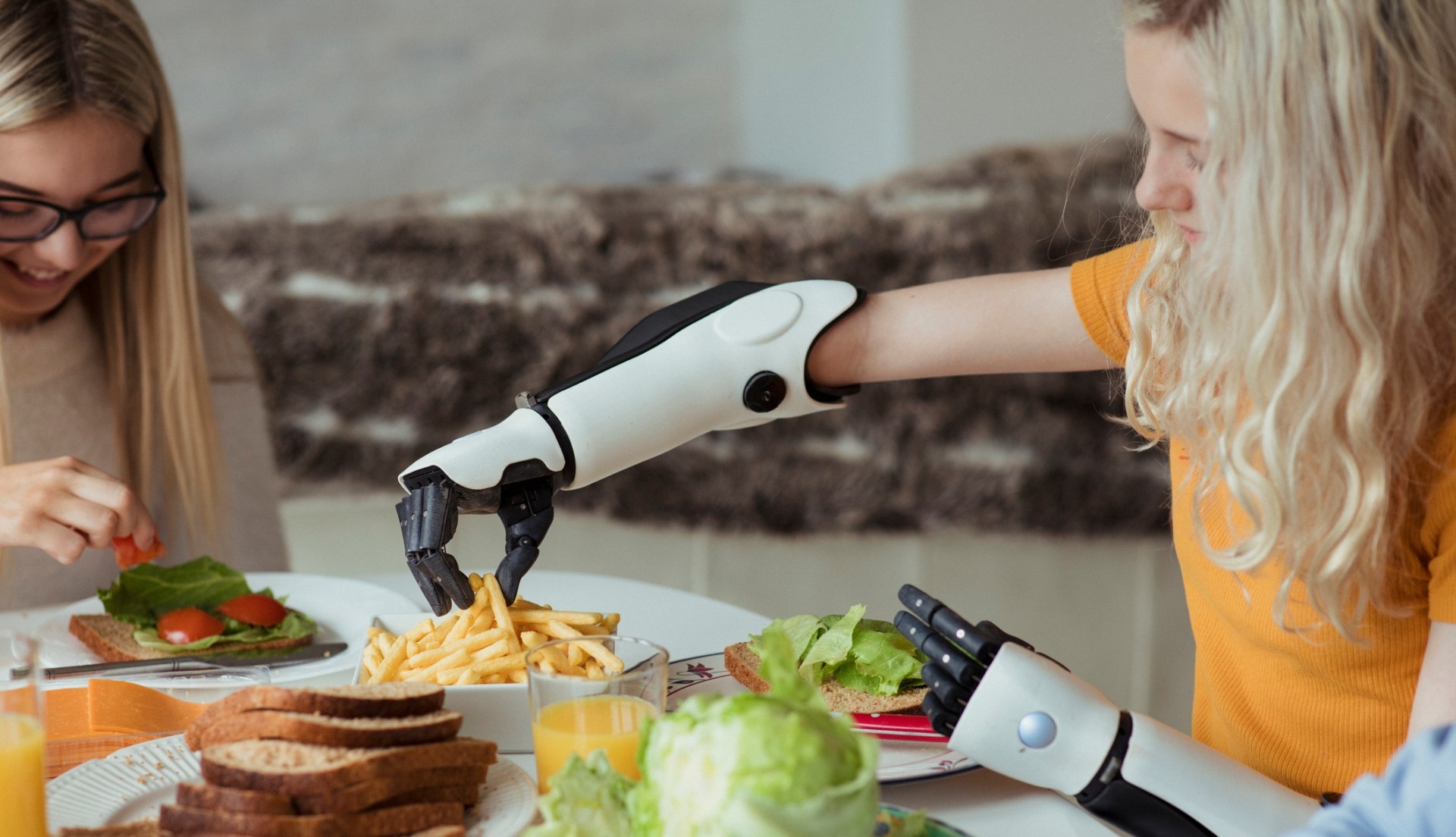 People with prosthetic limbs need to maintain focus on objects they're interacting with for longer than their able-bodied counterparts, according to a new study by U of A researchers looking at how to make prosthetics more seamlessly integrated and easier to control. (Photo: Getty Images)

Prosthetic users have to look longer at the object they are interacting with than their able-bodied counterparts, according to University of Alberta research that illustrates just one of the intricacies involved in devising the next generation of prosthetic limbs.

“There are prosthetic devices becoming available that are almost indistinguishable from real limbs, but the real problem is, if you think about how many different ways you can move your hand, each one of those would need a separate channel of information,” said Craig Chapman, a U of A movement neuroscientist in the Faculty of Kinesiology, Sport, and Recreation.

“They've engineered these beautiful hands, but it's very difficult to control them.”

Chapman and his team, which includes Jacqueline Hebert, a physical medicine and rehabilitation specialist in the Faculty of Medicine & Dentistry working to bring osseointegration surgery—the permanent anchorage of artificial limbs to the human skeleton—to the U of A, are interested in the kinds of movement decisions and the numerous computations we don't think about when we reach out to do something as simple as grabbing a doorknob to open the door.

To help dissect the processes behind each movement, Chapman mainly uses motion and eye tracking to gather data needed to understand what's going on inside the brain.

“We thought, ‘Hey, if we return a sense of touch to people, maybe that's the first thing that will be freed up—maybe they won't necessarily move differently, but maybe their eyes will tell us a story about how much extra information they can process,’” said Chapman, who is also a member of the Neuroscience and Mental Health Institute. “That's really the hypothesis we've been chasing for about five years now.”

Chapman and his team devised a tool called Gaze and Movement Assessment, or GaMA, as a way to track both body and eye movements, and put it all into a meaningful three-dimensional space.

Users are fitted with a head-mounted eye tracker that fits like a pair of glasses. At the same time, motion capture markers are placed on the upper limb being tracked, as well as on any other body parts of interest, like the head or torso.

They are then asked to perform two simple tasks that mimic chores prosthetic limb users would encounter in the real world. One is grabbing a box of Kraft Dinner and then moving it to three different shelf positions. A second has subjects moving around a cup filled with beads.

“And while they sound like simple tasks, because they were designed with a clinician and occupational therapist, they challenge prosthetic users in unique ways,” said Chapman.

“Getting them to do the movement consistently is what allows us to look at averages and determine what part of a particular movement is so difficult.”

Measures of hand movement, angular joint kinematics and eye gaze were compared with those from a different sampling of non-disabled adults who had previously performed the same protocol with different technology.

The research showed that the prosthetic limb user will continue to look at the device and the object, whereas able-bodied individuals look ahead to where they're going to put it down.

“Their eyes are free to go to the next place and start planning a successful movement,” he said.

Chapman said his studies show that participants will often overcompensate to complete the task. For example, users of a body-powered prosthetic—a cable-driven device that allows the user to open or close the device using different body motions—put extra strain on their shoulder and trunk because they have limited degrees of freedom at the wrist.

“They will adapt their body to finish the movement, but maybe they're doing it in a way that might eventually cause some sort of fatigue injury.”

He added, “If they've been able to successfully navigate their world and do the things they want to do for everyday living, it's possible that an advanced prosthetic limb will actually interfere with that, and you just don't know.”

Chapman noted that the broader impact outside of prosthetic limbs for GaMA is that it could help fill knowledge gaps in any number of sensory motor impairments.

“If you imagine someone who's developing a tremor because they have Parkinson's, had a stroke or are aging, and is learning to recover their motor function … we think we can actually tap into some underlying mechanisms to find out what precisely it is that they’re having an impairment with.”