Guide includes topics to discuss with parents and children, steps to follow in an emergency. 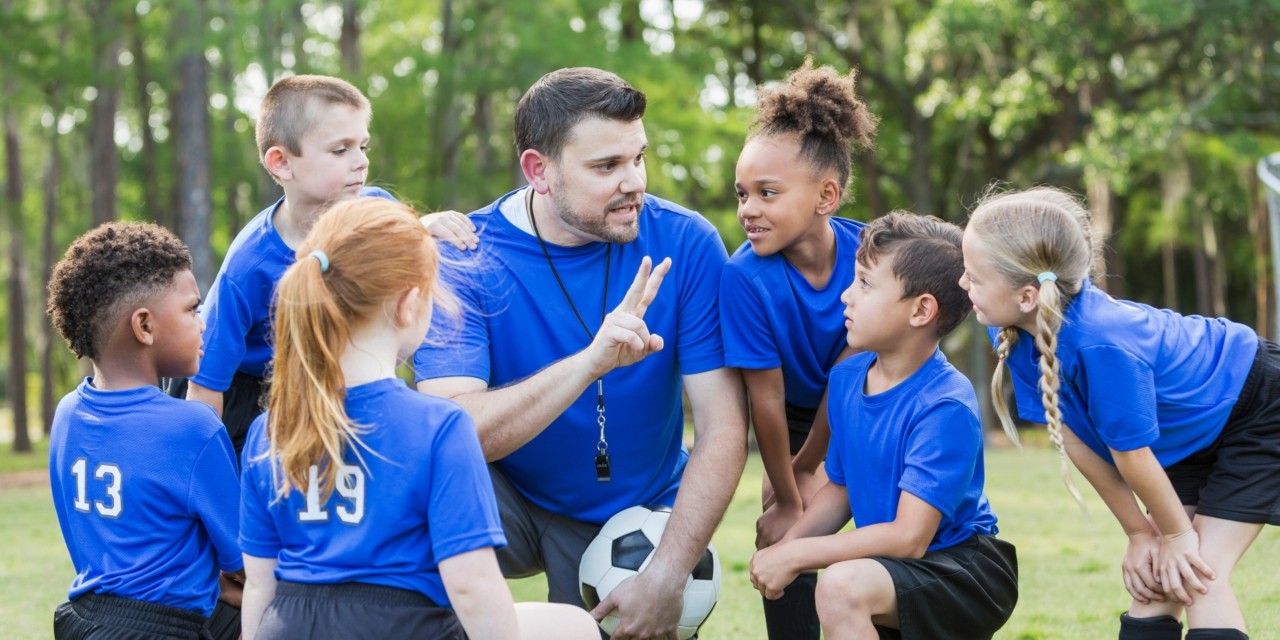 Kids with asthma can and should be encouraged to play sports, according to a U of A researcher who is developing a handy pocket-sized guide to help soccer coaches understand, prevent and treat asthma attacks in young players. (Photo: Getty Images)

University of Alberta researchers and Edmonton’s youth soccer association are teaming up to keep kids with asthma safe while they play.

Chandu Sadasivan, an undergraduate student, and professor of family medicine Andrew Cave are developing card-sized asthma management guides to distribute to the volunteers who coach 25,000 young players in the Edmonton Minor Soccer Association.

Mario Charpentier, president of EMSA, hopes to distribute the cards to all coaches at the start of the indoor season this coming October.

He said that while parents and physicians have the primary responsibility to teach children with asthma how to manage their chronic illness, coaches can provide support.

“It’s not for the coaches to solve the problem or to act as a doctor,” said Charpentier. “It’s just advice on how to help the child. They can carry the card in their bags along with their game schedules and score sheets, and remind themselves from time to time what to do.”

The card lists the most common triggers and symptoms of an asthma attack, along with the best treatments. There is a checklist for coaches to go through at the beginning of each season, to identify which players have asthma and create an action plan for each child with their parents, ensure children warm up properly before games and have easy access to their medication at the side of the field. There are also tips on how to use the Air Quality Health Index to decide whether it is safe for a child to play outdoors.

The idea came to Sadasivan when he was coaching a U18 team and one of his players had an asthma attack during practice.

“I had never had a discussion with him or his parents prior to that and I had never had any specific training to cope with something like this,” said Sadasivan, who is graduating with a bachelor of science on June 11 and starts medical school at the U of A in the fall.

The player had a quick-relief puffer with him and soon recovered, but the incident made Sadasivan dig for more information. He asked Cave, who has a special interest in respiratory research, to supervise a study. When they reviewed the medical literature, they found little research and no asthma management guide for coaches anywhere in the world. So they set out to make one.

They surveyed EMSA’s 2,300 volunteer coaches and published their results recently in the Open Access Journal of Sports Medicine.

The survey revealed that while most coaches knew children should use a puffer to treat an asthma attack, few knew how to prevent an attack, and most wanted more training.

According to Alberta Health Services, asthma is the most common chronic childhood disease and the leading cause of hospitalization in children.

“The statistics in Alberta are around 12 per cent of children have asthma, so that means on average two out of the 20 players on any given team will likely have asthma,“ Sadasivan said.

“The thing about soccer is that it’s a continuous activity,” said Cave. “You may be on the field for the whole game. It’s a heavy respiratory sport and if you’re playing in the hay fever season or in cold air, it could precipitate your asthma.”

He added there are ways to prevent problems, such as warming up, taking your inhaler before the game and not playing in conditions with poor air quality, like there was in Edmonton last week due to wildfire smoke.

Sadasivan, Cave and the EMSA’s Charpentier liken the asthma guidelines to those introduced three years ago to help the soccer association’s coaches prevent and treat concussions.

“The concussion-related training is excellent,” said Sadasivan. “There’s been a lot of clear attention paid, and a lot of research and time put into creating policies that can be followed quite easily by coaches.

“With asthma, giving the coaches some knowledge could be the difference between a dangerous situation and one that isn’t so dangerous,” he said.

Sadasivan said he finds that young players who have asthma, especially teenagers, are sometimes shy about using their puffer in front of their peers.

“There’s a gap between what the child needs and what the child wants to do,” he said. “I think a coach can help fill that gap and provide some guidance.”

Play: it’s good for your lungs

Cave said he always encourages his young patients with asthma to get out and play.

“Some asthmatics become world experts at computer games and sit at home all day because they get breathless,” he said.

“But we can manage your asthma so that you can play. There are top-class athletes who have asthma, even in the Olympics. There’s no reason why having asthma should stop you from doing sport. In fact, you should do more sports, because it’s good for your lungs.”

Sadasivan and Cave’s survey of coaches was funded by the Department of Family Medicine and the development of the guide was funded by an Alberta Innovates summer research studentship. The researchers have presented their findings at medical conferences in Banff, Ottawa and Romania, and have numerous requests to share their asthma management cards with coaches in other jurisdictions. They said the cards could also be relevant for coaches of other minor sports such as hockey, lacrosse and baseball.