Experimental treatment has potential to help almost half of patients with Duchenne muscular dystrophy. 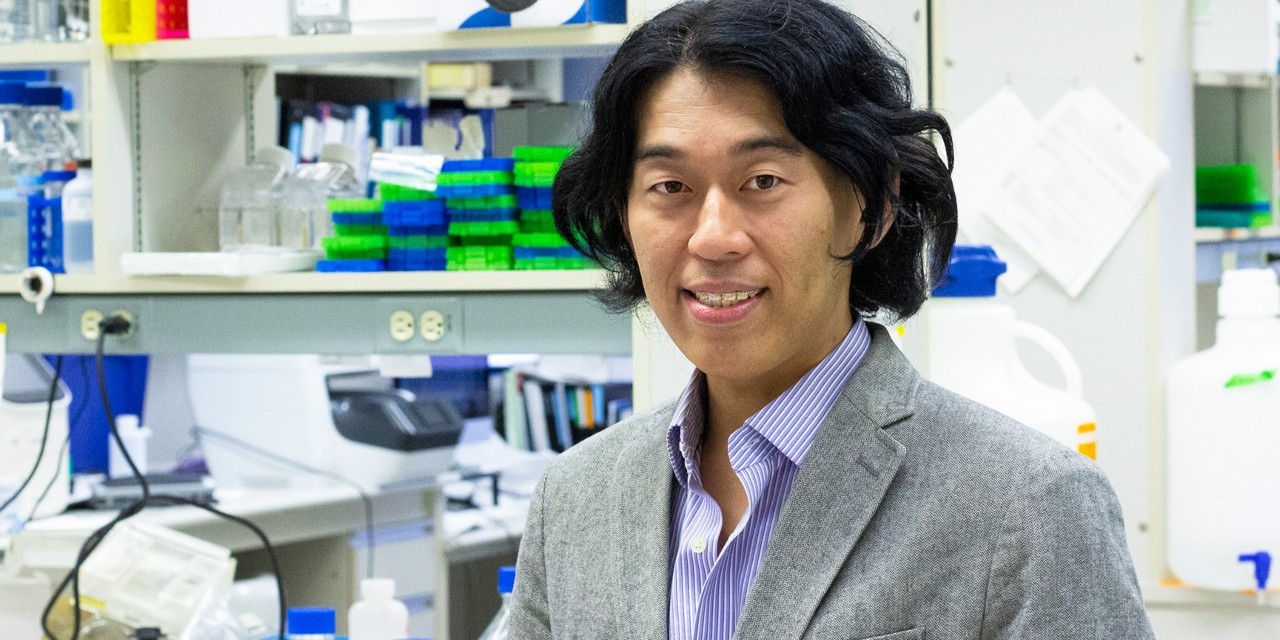 U of A medical geneticist Toshifumi Yokota is testing a new treatment for Duchenne muscular dystrophy that acts like a stitch to repair a genetic mutation in patients with the debilitating disease. (Photo: Jordan Carson)

A new therapeutic being tested by University of Alberta researchers is showing early promise as a more effective treatment that could help nearly half of patients with Duchenne muscular dystrophy (DMD).

The treatment—a cocktail of DNA-like molecules—results in dramatic regrowth of a protein called dystrophin, which acts as a support beam to keep muscles strong. The protein is virtually absent in those with DMD.

“In muscle, if there is no dystrophin there is no support of muscle membrane, and the muscle cells will become easily damaged or destroyed,” said Toshifumi Yokota, a professor of medical genetics at the U of A. “Our DNA-like molecules restore the production of dystrophin so it can support the muscle cell membrane.

“Theoretically, this treatment could treat as many as 47 per cent of patients with Duchenne muscular dystrophy.”

The condition is a genetic disorder characterized by progressive muscle degeneration and weakness. The incurable condition causes difficulty in walking and breathing as the muscles and heart are gradually damaged. Many will die from the condition in their 20s or 30s.

In a study published in Molecular Therapy, Yokota and his team describe using a mix of DNA-like molecules—called antisense oligonucleotides—to act like a stitch that could repair a specific gene mutation in patients with DMD. The molecules were tested in both human muscle cells of patients with DMD and in mice containing the human DMD gene.

The U.S. Food and Drug Administration approved the first drug of this class of “DNA stitch,” called eteplirsen, in 2016. However, the drug is only applicable to about 13 per cent of DMD patients.

Yokota’s team designed the cocktail of molecules to theoretically expand the applicability of the therapy to just under half of all DMD patients. The experimental treatment may also significantly improve the symptoms experienced by patients.

“Our treatment produces a shorter dystrophin protein than the drug being used now. This shorter protein is associated with extremely mild symptoms in some of the muscular dystrophy patients. Some have almost no symptoms at all,” explained Yokota.

The researchers are now working to reduce the number of DNA-like molecules in the cocktail to reduce both cost and regulatory hurdles moving forward. They hope to progress the work to a clinical trial in the future.