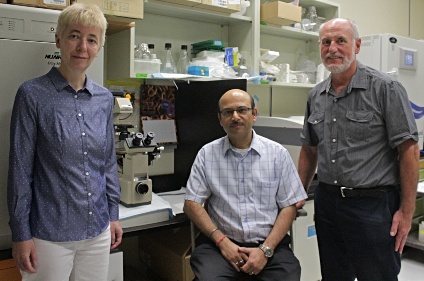 A fortuitous lecture put Rick Rachubinski’s team on the path to realizing a decades-old dream. 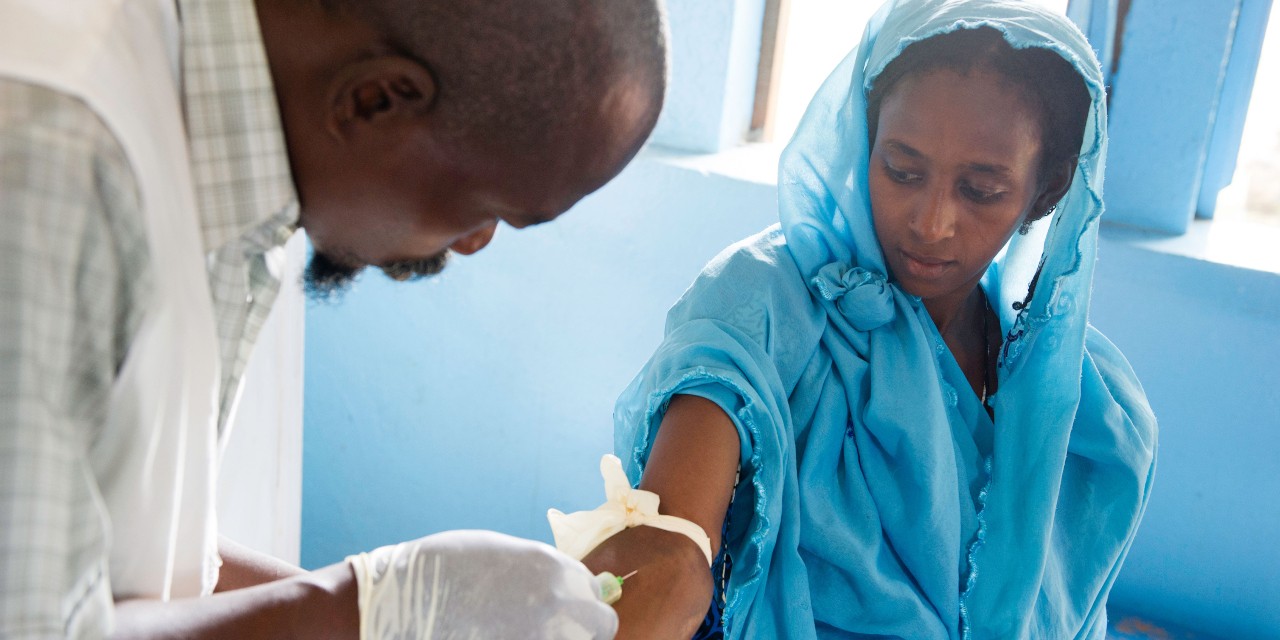 A doctor screens a patient for sleeping sickness in the Central African Republic. U of A researchers have identified a protein in the parasite that causes the disease that could lead to safer, cheaper treatments. (Photo: Sebastian Bolesch/Médecins Sans Frontières)

Researchers at the University of Alberta have found an important protein in the cells of a deadly infectious parasite, opening the door to less harmful treatment for millions of people suffering from diseases like sleeping sickness in Africa and Chagas disease in South America.

The parasite, trypanosome, is transmitted through insect bites. In a study published in Life Science Alliance, U of A cell biologist Rick Rachubinski and research associates Hiren Banerjee and Barbara Knobloch found that a protein called PEX3, long believed not to exist in the parasite, was in fact present and essential for their viability.

PEX3 is a critical component of the cell biology of many living things, including humans, plants and trypanosomes. It helps make and regulate parts of the cells called peroxisomes, which help break down fatty acids and amino acids in the body to create energy.

In a trypanosome, there are specialized peroxisomes that are vital for regulating the process of turning glucose in a host’s blood into energy. Disrupting the PEX3 required for making them could be an effective way to target and kill the parasite without harming the host, according to the researchers.

“Finding PEX3 in trypanosomes has been very difficult. People have been looking for years and just could not find it,” said Rachubinski, who is also a member of the U of A’s Women and Children’s Health Research Institute. “Some people said it didn’t exist, that it was a different mechanism, but we believed that the simplest answer was that we just hadn’t found it yet.”

Finding PEX3 in trypanosomes eluded Rachubinski and his team for years until, by chance, they attended a lecture given by a researcher from Cambridge University.

In the lecture, the presenter mentioned using HHpred, a computer program offered by the Max Planck Institute for Developmental Biology in Germany, to search for proteins based on how they are predicted to fold, or turn into functional proteins, rather than the traditional way of searching by amino acid chains. Inspired, Rachubinski rushed back to his lab and used the program to compare human PEX3 against trypanosomal proteins. To his surprise, the program found a previously uncharacterized trypanosomal protein that was 95 per cent similar in its folded structure to human PEX3.

“It really was a ‘Eureka!’ moment. After years of searching, we throw this into the computer and 10 minutes later we have the answer,” he said. “It was really kind of elegant.”

Banerjee, who is the first author on the study, agreed.

“It was a great moment for our lab, especially when you have all these other papers saying PEX3 is not there,” he said.

Rachubiniski and his team are now in the process of identifying a drug treatment that targets and disrupts enough of the trypanosome’s PEX3 interactions with partner proteins to prevent the parasites from creating enough energy to survive in the body.

While current treatments for trypanosomal diseases can be highly toxic to hosts, the team’s hope is that this new approach will result in drugs that are not only safe for the hosts, but also cheap to produce and distribute.

For Rachubinski, the search for cures for neglected tropical diseases like sleeping sickness (also called human African trypanosomiasis) has been a lifelong endeavour. As an undergraduate, he was inspired by Paul de Kruif’s 1926 book Microbe Hunters, a collection of biographies and true-life stories of the scientists and researchers who first began the fight against bacteria.

“This one, to me, has been really rewarding because it’s been a constant theme throughout my career,” Rachubinski said. “This is a worldwide problem, and I’ve always believed that affluent nations like ours should help emerging nations that don't have the resources to deal with burdens like neglected tropical diseases.

“Knowing this discovery could help millions of people is very satisfying to me.”

Rachubinski’s research was made possible in part through funding from the Canadian Institutes of Health Research.