It’s a whole new way of looking at how anxiety can be regulated. It gives us a great deal of hope in terms of finding new avenues for treatment.

U of A researchers identify possible new pathway to treat anxiety 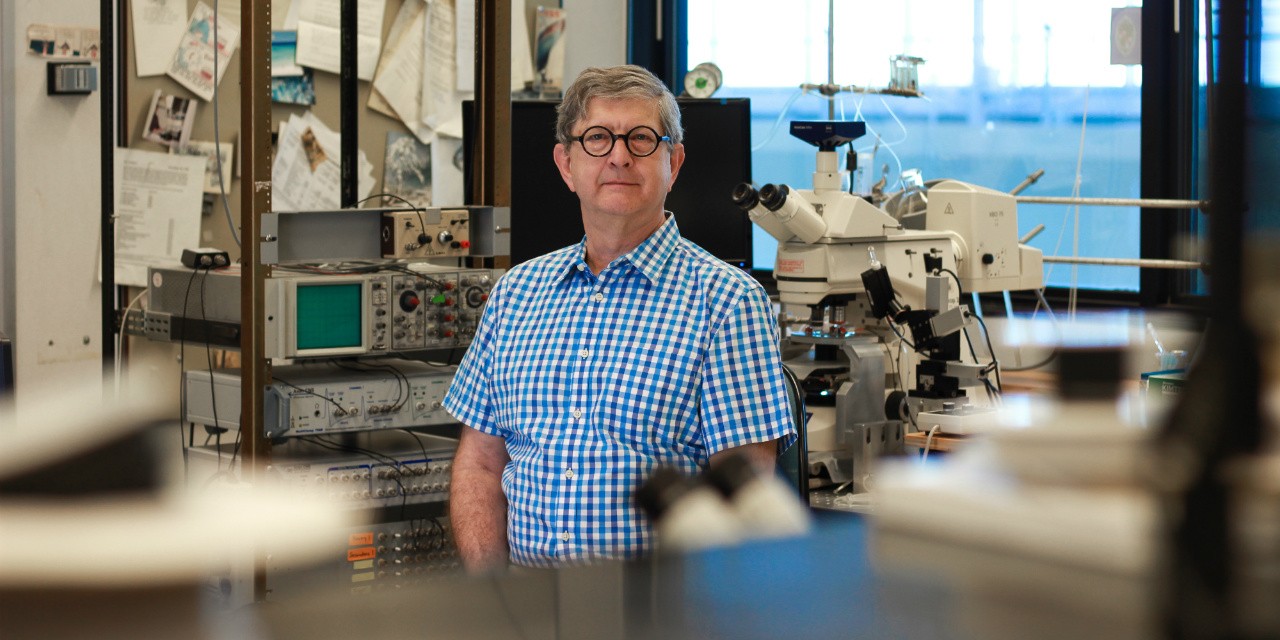 U of A pharmacology professor William Colmers identified a new pathway in the brain that might be a good target for a drug to reduce symptoms of anxiety. (Photo: Melissa Fabrizio)

A University of Alberta research team has identified a new pathway in the brain that might be a good target for a drug to reduce the symptoms of anxiety.

“It’s a whole new way of looking at how anxiety can be regulated,” said William Colmers, a professor in the Department of Pharmacology who led the project. “It gives us a great deal of hope in terms of finding new avenues for treatment.”

Researchers know anxiety is a result of repeated stress. The body is designed to deal with it with a “fight or flight” response that helps prepare the mind and body to either defend itself or get away from stressors. Normally, the response reverses once the danger is over, but overuse of this stress response can also end up causing anxiety.

“Your resources become depleted,” said Colmers. “It’s like gunning your engine to take off, but if you don’t stop, you’ll run out of gas at some point.”

Anxiety disorders are widespread in today’s society. One in four people has an incident in their lifetime, the severity of which can range from manageable to debilitating.

Colmers and his research team studied the stress hormone, a peptide called corticotropin-releasing hormone (CRH), and the anti-stress hormone that stops the cycle, called neuropeptide-Y (NPY).

NPY is a brain chemical messenger the Colmers lab has studied in relation to epilepsy and appetite. He is now investigating how the hormone affects a stress-sensitive part of the brain called the amygdala and its action in reversing stress responses.

It has been shown that NPY causes an animal to become less stressed, acting as an anxiolytic―reducing anxiety. The response to NPY can be observed by testing whether the animal is more willing to interact with other animals it does not know, which can be a stressful experience.

Though the effect of exposure to NPY lasts just a short while, multiple exposures make the animal resilient to stress for weeks or months.

The Colmers lab identified the exact mechanism that elicits this response.

Activity in the output neurons of the amygdala signals fear or danger. Anything that slows their activity down causes anxiolysis, which inhibits anxiety. The stress hormone CRH increases the activity of these neurons, whereas NPY does the opposite, slowing down the firing of these neurons.

The same ion channel in the nerve cell’s membrane is activated by CRH to excite these neurons, and is shut down by NPY to silence them.

“The same pivot point is being used by the peptides that cause or reduce anxiety,” said Colmers.

He observed that, over a longer period, the ion channels NPY shuts down disappear from the membrane, so there are less of those ion channels around.

In a collaboration with Janice Urban’s laboratory at Rosalind Franklin University in North Chicago, the U of A team tested to see how important the channel was for behaviour.

The lab used a small hairpin RNA (shRNA), which can prevent the protein from being made by the nerve cell. They used a tailored virus to get the nerve cells to produce the shRNA that stops their normal production of the ion channel. It is a very selective method, and can be put in very precise regions of the brain using this viral delivery system.

The group found that, within a week of inhibiting the protein, the animals were more likely to interact—and the change lasted for at least eight weeks.

“Knocking down the ion channel protein causes animals to be less anxious,” said Colmers. “This gives us a new drug target, and we now have a better understanding of how that area of the brain works.”

The research was funded by the U.S. National Institutes of Health and was a collaboration with Janice Urban, professor and chair of physiology at Rosalind Franklin University in Chicago and director of the Center for Stress Resilience and Psychiatric Disorders.

Colmers’ paper, “NPY Induces Stress Resilience via Downregulation of Ih in Principal Neurons of Rat Basolateral Amygdala,” was published last month in the Journal of Neuroscience.

U of A researchers identify possible new pathway to treat anxiety