U of A student discovers unusual new mineral inside a diamond 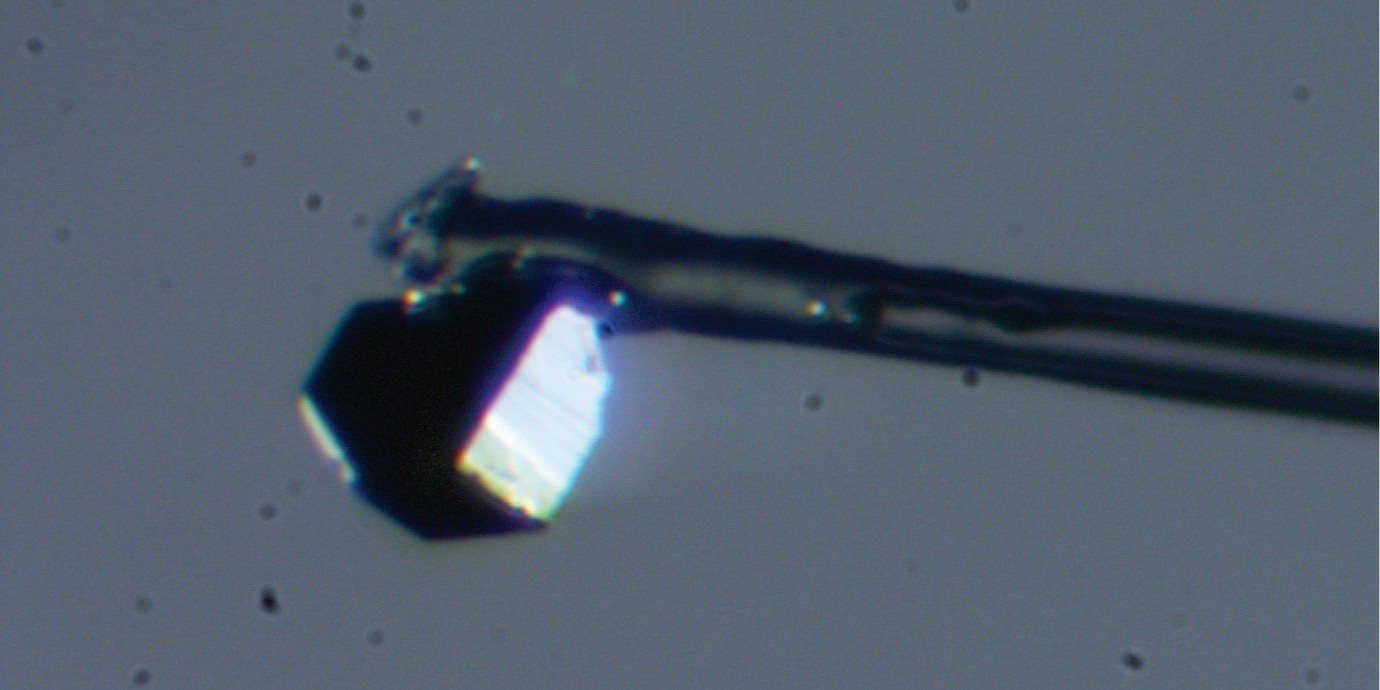 A tiny sample of goldschmidtite found inside a diamond by U of A PhD student Nicole Meyer. The newly discovered mineral has high concentrations of elements seldom found in Earth’s mantle, suggesting it formed under extreme conditions. (Photo courtesy of Nicole Meyer)

A PhD student at the University of Alberta has discovered a new and curious mineral inside a diamond unearthed from a mine in South Africa.

The mineral—named goldschmidtite in honour of Victor Moritz Goldschmidt, the founder of modern geochemistry—has an unusual chemical signature for a mineral from Earth’s mantle, explained Nicole Meyer, a graduate student in the Diamond Exploration Research and Training School.

“Goldschmidtite has high concentrations of niobium, potassium and the rare earth elements lanthanum and cerium, whereas the rest of the mantle is dominated by other elements, such as magnesium and iron,” said Meyer.

“For potassium and niobium to constitute a major proportion of this mineral, it must have formed under exceptional processes that concentrated these unusual elements."

The researchers estimate the diamond containing the goldschmidtite formed about 170 kilometres beneath Earth’s surface, at temperatures reaching nearly 1,200 C.

Because it is so difficult to drill down through Earth’s crust to reach the mantle, scientists rely on tiny mineral inclusions within diamonds to learn more about Earth’s chemistry deep beneath the surface.

“(The discovery) gives us a snapshot of fluid processes that affect the deep roots of continents during diamond formation,” said Meyer’s co-supervisor, Graham Pearson, who added there have been several attempts to name new minerals after Goldschmidt, but previous ones have been discredited.

“This one is here to stay.”

“The work that goes into finding a new mineral is not done by one person,” said Meyer, who is also studying under the supervision of Thomas Stachel, professor andCanada Research Chair in Diamonds. “It has been an interdisciplinary collaboration with mineralogist Andrew Locock, crystallographers from Northwestern University, my advisers Thomas and Graham, and technicians.”

U of A student discovers unusual new mineral inside a diamond