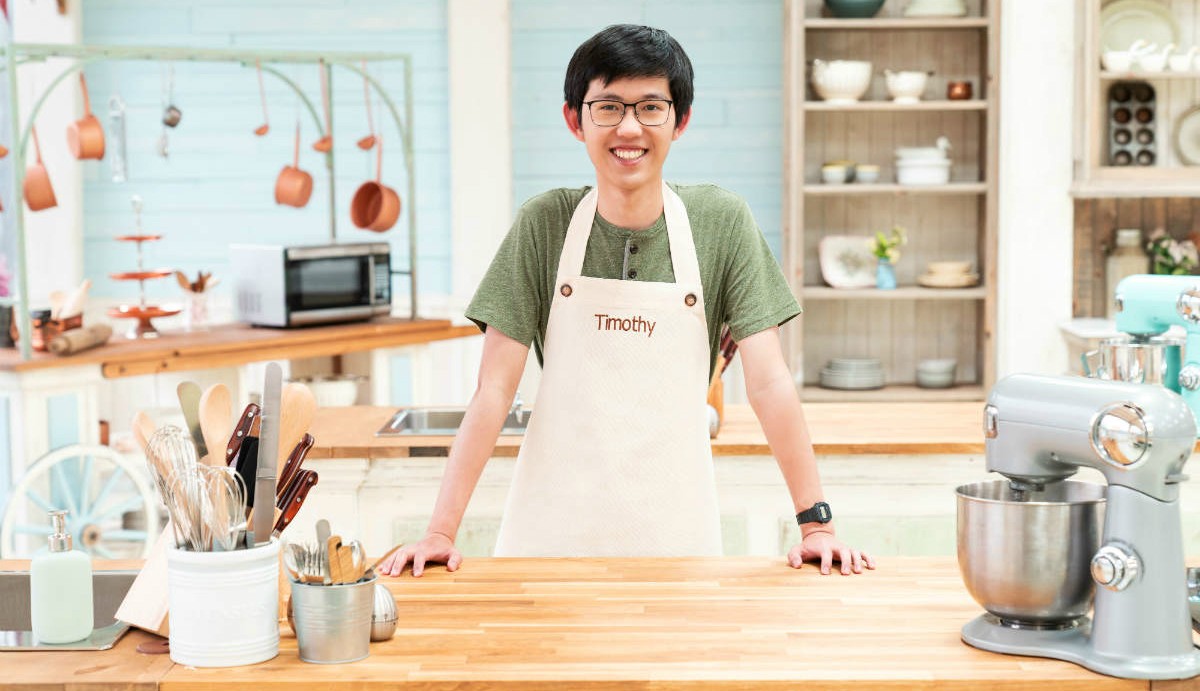 Timothy Fu, a self-taught baker and third-year biology student at the U of A, brings his passion for science to the kitchen as a contestant on The Great Canadian Baking Show. (Photo: CBC/Love Productions)

When University of Alberta science student and The Great Canadian Baking Show contestant Timothy Fu isn’t studying or working in the lab, he finds time for a passion that unites science and art: baking.

“Baking is a great fit for me, as baking is at the intersection of science and art,” said Fu, a third-year student majoring in biological sciences. “It’s great to approach a recipe with precision, considering the purpose behind each ingredient and instruction, while also taking liberty with flavours and design choices.”

Fu—a self-taught baker—is now one of the remaining five contestants on the show, and a self-described “super fan” of the British, Australian and Irish international versions of the show. He recalls being ecstatic when he got the call to be a contestant.

"This is probably the most exciting thing that's happened to me in my life. I hate to think I've peaked at 19 … but I might have," he told the CBC.

On the show, Fu has had a chance to apply some of his science expertise.

“One skill that I recently picked up on was how to temper chocolate, which involves precise temperature measurements over time, heating, cooling and reheating chocolate,” he said. “It definitely brought back memories to my introductory organic chemistry labs.”

Fu is in his third year at the U of A, majoring in biological sciences, and plays trombone in the UAlberta Concert Band. He credits his family for helping him find his passion for science and desire to pursue it in university.

“I come from a science-oriented family, so I’ve always grown up with an interest in science. I remember when my dad took me to his lab as a kid. Seeing and learning about all the complex lab equipment and gadgets only helped to foster that interest,” said Fu, who has been passionate about baking since his Grade 7 home economics class.

“Ultimately, music, science, and baking keep my university experience from becoming routine, and that makes all the time I put into them worth it!”