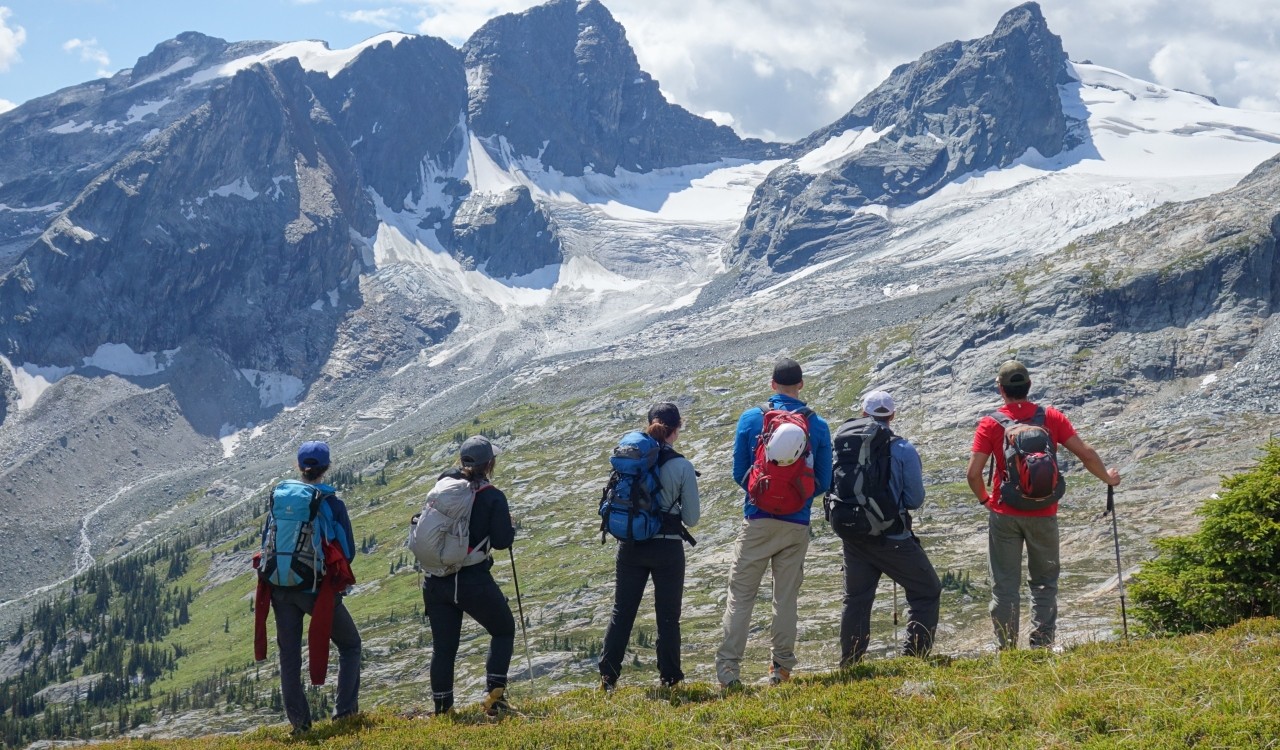 The U of A's massive open online course Mountains 101 was rated first among science courses and third overall in a global ranking of the world's top 50 MOOCs based on participant reviews. (Photo courtesy of Zac Robinson )

Mountains 101, one of the University of Alberta’s most popular massive open online courses, scaled the global heights of online education earlier this month to become the third highest-rated MOOC in the world.

That’s according to Class Central, an aggregator of more than 11,000 MOOCS from the world’s top universities.

In addition to placing Mountains 101 third on its list of the 50 highest rated MOOCs of all time, Class Central also ranked the course number one among science MOOCs last year, with 91 per cent of more than 300 reviewers giving it five out of five stars, and the rest giving it four.

With nearly 26,000 people registered, the course has reached participants in more than 170 countries since it launched two years ago.

"It's unique and accessible to a lot of users," said Dhawal Shah, founder and CEO of the California-based aggregator. “It also successfully hit its target audience of lifelong learners.

"When instructors put their personalities and passion into the content, it generally does well,” said Shah. “And this course also has great visuals.”

Described as a “broad and integrated overview of the mountain world,” the free, 12-lesson interdisciplinary course covers a range of approaches to the physical, biological and human dimensions of mountains in Alberta and around the world.

It investigates the geological origins and development of alpine environments, including biodiversity and water cycles, and the rapid changes mountains are undergoing in a warming climate.

But it also looks at the cultural significance of mountains in various global societies, said U of A mountain historian and course content provider Zac Robinson—a humanities perspective missing from many science MOOCs.

"What really seems to work for people is its interdisciplinary nature,” said Robinson. “It's rare that you get science and the humanities at the same table, and we tried to have it integrated in every lesson."

With support from Parks Canada and The Alpine Club of Canada, more than 30 U of A researchers in six faculties explore everything from glaciology and ecology to mountain culture and literature.

And in addition to professionally shot videos, the lessons include tech tips on mountaineering skills—a hugely popular feature, said Robinson.

"Whenever I'm having a bad day, I read the reviews, because they’re so uplifting,” he said. “There are parents doing it with their kids, for example, who say it was their Sunday morning ritual for three months.

“There is a huge spectrum of people from very different places—in a geographic sense and otherwise. The best thing is watching the analytics. It gets discovered in some pocket of the world and then just blows up there.

“It's all word of mouth now; we're not really doing any marketing anymore at all."

Robinson said he and co-contributor David Hik, a former U of A biologist now with Simon Fraser University, are now designing more mini-MOOCs, consisting of three or four lessons each, to continue the alpine theme. The first lesson is devoted to snow.

Registration for Mountains 101 is now open. The course is available free to anyone in the world, or for credit to U of A students.