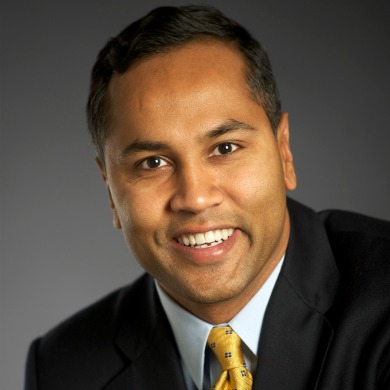 (Edmonton) The University of Alberta has appointed its first vice-president of advancement to oversee an expansion of fundraising and alumni relations.

The university announced June 7 that O’Neil Outar will assume the newly created senior leadership role, effective July 1, 2012. The new role reflects the value the university places on engaging alumni and expanding the role of philanthropy to attract and retain leading students and scholars, and support innovations in research and education, said President Indira Samarasekera.

“O’Neil brings to the university an impressive record of building relationships with donors, a proven ability to lead large-scale fundraising initiatives, and a depth and breadth of knowledge in philanthropic giving,” said Samarasekera.

“We are fortunate to have an advancement professional of his experience and dedication working with alumni, parents, friends, foundations and industry.”

Outar assumes the new role after serving for two years as chief development officer in the Office of Advancement. During that time, the university set fundraising records in consecutive years, and saw significant growth in alumni engagement. With the creation of the vice-president position, the chief development officer position will be eliminated.

As vice-president of advancement, Outar will continue to advance those efforts while working closely with the president, board of governors, alumni council and senate.

“U of A alumni are loyal and accomplished, eager to give back and become involved,” he said. “The resources we are raising provide the means for retaining and attracting world-class talent. Groundbreaking research projects, global study and leadership opportunities, excellence in teaching—so much is made possible through visionary acts of philanthropy.”

Prior to arriving at the U of A, Outar held a variety of senior leadership roles at the Massachusetts Institute of Technology in Cambridge, Mass., including senior director of global initiatives—a role in which he led the development of large-scale initiatives in China and India, and with the World Economic Forum, where he continues to serve as a member of the Knowledge Advisory Board.

Outar holds a master’s degree in arts in urban and environmental public policy, and a bachelor’s degree in arts, both from Tufts University in Medford, Mass. He frequently speaks at the Council for Advancement and Support of Education and other professional conferences, and in not-for-profit management education programs.