As global interest in the circumpolar region heats up, world-leading experts aim to clear the fog of Arctic politics. 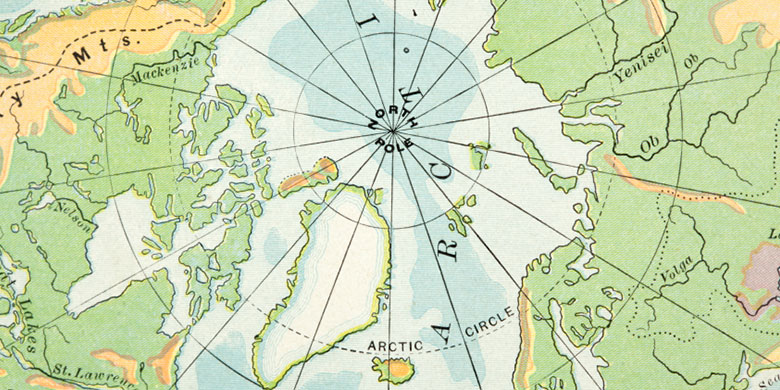 The circumpolar North is at the centre of a growing geopolitical storm as eight countries assert Arctic claims and many others take an interest in the region.

(Edmonton) With rising sea temperatures driving 800 species of commercial fish towards the Earth’s poles at the rate of 26 kilometres per year, the Canadian government decided last week to ban commercial fishing in the Beaufort Sea, anticipating overwhelming demand.

The protection of rising fish stocks in Canadian Arctic waters is likely to become a hot-button issue for Canada as populations fall around the world. It’s just one more reason—along with Russia’s increasing military presence along its Arctic border and energy companies salivating over oil and gas deposits in northern seas (to choose just two examples)—for increased urgency on discussions of Arctic sovereignty.

And yet, despite the fact that eight countries have Arctic claims and many others are showing a strong interest in the region, there has never been a comprehensive academic study of the changing geopolitics of the circumpolar North, until now.

Political science professor Robert Murray, and Anita Dey Nuttall of the University of Alberta’s Canadian Circumpolar Institute, have released a compilation of analyses from the world’s leading authorities on the North called International Relations and the Arctic, with contributions from the U of A’s Andy Knight (political science), Tom Keating (political science), Mark Nuttall (anthropology) and Nong Hong (China Institute).

“The Arctic is quite prevalent in media and political discourses, but as a field of study, international relations and political science have been relatively slow to make the Arctic a central component of debates in the field,” says Murray. “In all, we hear a lot about the Arctic—especially through political rhetoric—but we know comparatively little about its political importance and what is actually happening, as opposed to what is being said.”

Nuttall and Murray have attempted to fill that knowledge gap with varied perspectives and case studies to clear some of the Arctic fog and hopefully inform sound policy.

For years, the politics of the region was understood simply in the somewhat reductive terms of Cold War tension between the West and the Soviet Union. But as that conflict thawed along with Arctic sea ice, things have become far more complex.

“As contested territorial claims in the Arctic remain, and as non-polar countries look increasingly to the circumpolar North and imagine it to be a region that will provide global resources for the future, the potential stresses these developments place on international security cannot be ignored,” they write, adding that “there has been no comprehensive effort the explain the region as a whole.”

In addition to the sometimes conflicting interests of the eight Arctic countries—including Canada, Russia, the United States, Denmark, Iceland, Norway, Sweden and Finland—there are now other states getting into the game. “Non-Arctic states, most notably China, India and the United Kingdom, have demonstrated interest in the region and have begun to assert their influence over Arctic international relations as well.”

But it doesn’t stop there, they say. There are also the views and concerns of the United Nations, the Arctic Council and the European Union, as well as indigenous peoples’ organizations to consider, all of which will have an impact on how the region develops.

And so International Relations and the Arctic includes chapters that attempt to elucidate all of varying interests and political influences from the politics to the economy, security to the environment.

It’s also a book that demonstrates the key role the University of Alberta and its Canadian Circumpolar Institute have played in engaging with the North on a number of critical issues for more than 50 years.

As the institute likes to point out, much of the U of A’s expertise in energy, water, health, climate, environment, resource development and sustainable societies has grown from a long-term engagement with these issues in northern contexts.

International Relations and the Arctic is available from Cambria Press.