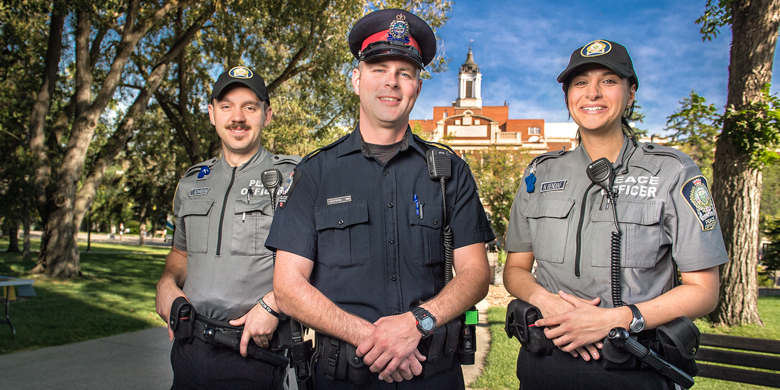 130905-tactical-training-banner
UAlberta Protective Services peace officers will have a chance to hone their emergency-response skills with members of the Edmonton Police Service at the Dentistry/Pharmacy Centre. (Photo: Richard Siemens)

(Edmonton) The University of Alberta’s Dentistry/Pharmacy Centre has been host to a variety of learning opportunities over its 92-year history, from chemistry to medicine. But as it awaits upgrading, the space will now be used for training that benefits Edmonton and the province in a very different way.

The university has signed formal agreements with various emergency services and first responders to offer the space for scenario and tactical training. It’s not the first time campus space has been used for operational response training, says Hugh Warren, executive director of operations and maintenance at the U of A, but it is the first time the institution has been able to grant requests for a large space such as a building.

Warren says this training is a perfect fit with the province’s recent survey on emergency management and security on campus. He cites this project and a number of on-campus initiatives that U of A departments have already undertaken, including the Don’t Feed the Thieves awareness program and a recent training exercise at Résidence Saint-Jean, that demonstrate the university’s efforts to bolster safety.

The space has already been put to good use this summer, including by provincial search-and-rescue groups, some who were fresh off the flood relief effort in southern Alberta. These groups were “really appreciative” of the opportunity to use the Dent/Pharm space, he said.

The university has signed agreements with the city providing for the building to be used by Edmonton Fire Rescue and the Edmonton Police Service; the RCMP has also expressed interest. The space could potentially be used by police canine and tactical units, as well as fire ladder units.

With so many large buildings in the city and on campus, the training becomes invaluable for them, Warren says.

Bill Mowbray, director of protective services at the U of A, shares Warren’s perspective on the many benefits of these partnerships. Mowbray also sees another direct benefit to the campus and his staff: the Edmonton Police Service has invited members from University of Alberta Protective Services to participate in their on-campus scenario training in the Dent/Pharm space. Mowbray is delighted that his staff members have the opportunity to benefit from this training on top of the scenario training they already undertake as part of their professional development.

“To interact with the Edmonton police officers as they are going through their training, there’s a great value in that,” said Mowbray. “It’s a benefit situation for everyone all around.”