Amid the allegations and heated debate, the time may be ripe for lasting social change, says women’s studies professor. 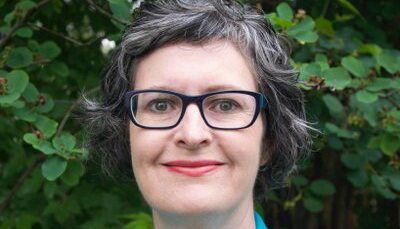 Lise Gotell believes attitudes about violence against women are changing for the better.

(Edmonton) After two weeks of sordid allegations and heated discussion about the fall of CBC radio host Jian Ghomeshi, one has to wonder whether all the attention on violence against women will result in any kind of lasting social change. Will we look back on this as a moment of transition toward a safer culture for Canadian women?

Denise Balkissoon of The Globe and Mail thinks not, voicing a deeply pessimistic view in an editorial last week: “Sorry, we haven’t reached a ‘watershed’ on violence against women.” Why now, she asks, when the heinous murders of Aboriginal women that came to light during the Robert Pickton trial in B.C.—to pick just one example—weren’t enough to make us all finally stand up and say, enough is enough.

Hope for meaningful reform, she argues, is a pipe dream pure and simple: “All that’s different now is that we know one guy’s name, and that guy happens to be famous.”

But Lise Gotell, a professor in the Department of Women’s and Gender Studies at the University of Alberta and oft-quoted expert on violence against women, sees things differently. It’s not that she doesn’t have reason to be pessimistic. Four years ago, she garnered much recognition for an award-winning public awareness campaign, called “Don’t Be That Guy,” discouraging men from pushing sex on women who have been drinking, with slogans such as, “Just because she’s drinking doesn’t mean she wants sex.” Gotell was later targeted by a group called Men’s Rights Edmonton in a reactionary poster campaign that used her image along with slogans such as, “Don’t Be That Bigot” and “Rape Isn’t Male.” Other attempts at parody by the group read, “Just because a woman regrets having sex, doesn’t mean it wasn’t consensual.”

And yet, despite such discouraging backlash, Gotell does believe attitudes are changing for the better, starting 25 years ago in the wake of the murder of 14 women by a gunman at Montreal’s École Polytechnique, and more recently with the 2013 death of 17-year-old Rehtaeh Parsons, who hanged herself after photos appeared online of an alleged gang rape. Both of these events, argues Gotell, had the effect of politicizing sexual aggression and raising consciousness, if only incrementally.

“We actually have come pretty far,” she says. “What we’ve seen happening just in the last couple of years is we’re beginning to have a national conversation. Important feminist concepts like rape culture and rape myths are moving into the mainstream.”

Gotell in fact appeared on Q, Ghomeshi’s CBC radio program, last March to elucidate and defend the notion of rape culture. The term doesn’t sit comfortably with everyone and does have its limits, she admits. Still, it’s a useful way to describe the conditions under which sexual aggression incubates.

“One thing rape culture does highlight is the link between everyday, normal, acceptable sexual and social practice and the problem of sexual violence. The fact we still accept that it’s culturally normal to push a woman to submit to sex—that provides the cultural foundation for rape.”

This does not mean all men are somehow responsible for sexual violence, she stresses, just that attitudes normalizing sexual aggression are pervasive. And given that 97 per cent of reported sexual assault is perpetrated by men, it’s hard to argue that rape culture isn’t shaped by gender. According to Gotell, that fact has to be recognized before progress is possible.

“In the dominant discussion, and even around the Ghomeshi thing, the tendency is to de-gender and individualize this problem. Yes, men and boys are sexually assaulted, and sometimes even by women, but it is by and large a gendered problem, and if we don’t think about that very carefully we won’t be able to craft solutions.”

What the Ghomeshi case underscores, she adds, is how close to home sexual violence can be, as opposed to an ugly but distant reality that, for the most part, doesn’t concern us.

“We feel like we’ve been in an intimate relationship with [Ghomeshi]—he’s someone who comes into our homes, our bedrooms, every day. We feel connected to him, and people talk about him in relation to Canadian identity and how we see ourselves.”

What makes the violence all the more shocking, Gotell says, is that if we feel we know and trust the perpetrator, “it pierces the myth of the rapist monster.”

Ghomeshi denies the allegations of sexual assault against him, which have yet to be proven in court, and says he will confront each one “directly.” Whichever way the dust settles, however, enlightened discussion and consciousness-raising can take us only so far. What’s missing from most public discourse over the past two weeks—and in general—is consideration of policy change, says Gotell: “Governments are really being let off the hook.”

In light of one study released last year by the Department of Justice—revealing that the costs of sexual violence in Canada amount to $5 billion per year including medical care, lost wages, and court and social welfare costs—it might be high time for reform that makes it easier for victims to come forward.

“One thing that could really change the experience of complainants in the criminal justice system, for people who go to trial, is to appoint independent counsel for complainants,” says Gotell. “We have good legislation protecting complainants against cross-examination on sexual history and unwarranted disclosure of confidential records, but the problem is those provisions are not being properly interpreted by judges.”

Such policy change doesn’t happen without a groundswell of public support, and according to Gotell, we may just be in the midst of a moment worth seizing, especially if social media trends like #BeenRapedNeverReported—which has registered more than 40,000 tweets by women unburdening their own experiences of sexual violence—is any indication of the national mood.

“I think especially young women are just sick and tired of this,” she says. “They’re tired of the impunity, and that’s something we’ve been confronted with over the past couple of weeks.”