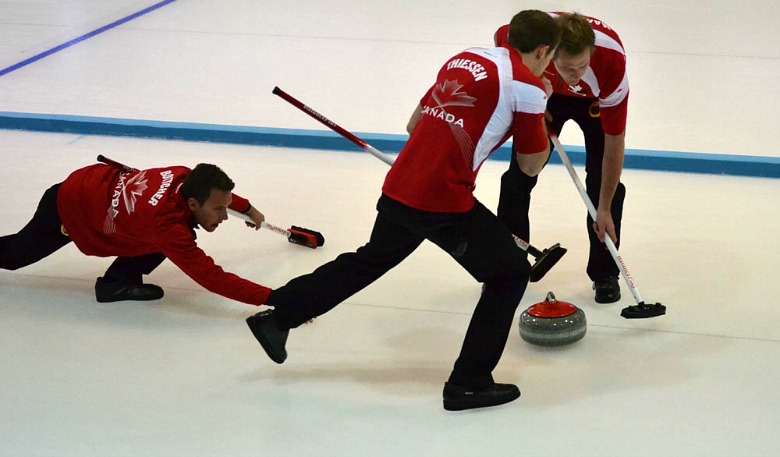 “It’s definitely a big accomplishment to come here and win a medal. We had a rough start to the day, losing this morning, but I’m proud of the guys for coming back and winning a bronze medal,” said Bottcher, who is also celebrating his 22nd birthday today.

“This team has worked incredibly hard for a couple of years now, and really, it was simply a matter of reminding them about the hard work and making sure they did everything they could to leave Trentino with the best possible taste in their mouth,” said men’s coach Rob Krepps. “Turning things around the way they did, from the earlier loss, made me very proud. I’m honoured to be their coach.”

In Trentino, Bottcher’s rink cruised to a 6-0 round-robin start before losing two of their final three games. They did, however, defeat the previously unbeaten Team Sweden rink in their final round-robin game to finish in second place, behind the Swedes, and advance to the semifinals.

Against Great Britain—a rink Canada defeated 5-4 in the round-robin—Bottcher’s rink suffered a 7-4 loss and was relegated to the bronze medal match against Norway, which had lost to Sweden in the other semifinal. With a podium finish on the line, Team Canada earned a 5-4 lead against the Norwegians after nine ends, but needed extra ends to win 6-5 after Norway tied the game in the 10th.

It is the second international medal for Bottcher, after the fourth-year engineering student and Golden Bears skipper led a Canadian team to the World Junior Championship in 2012 in Sweden.