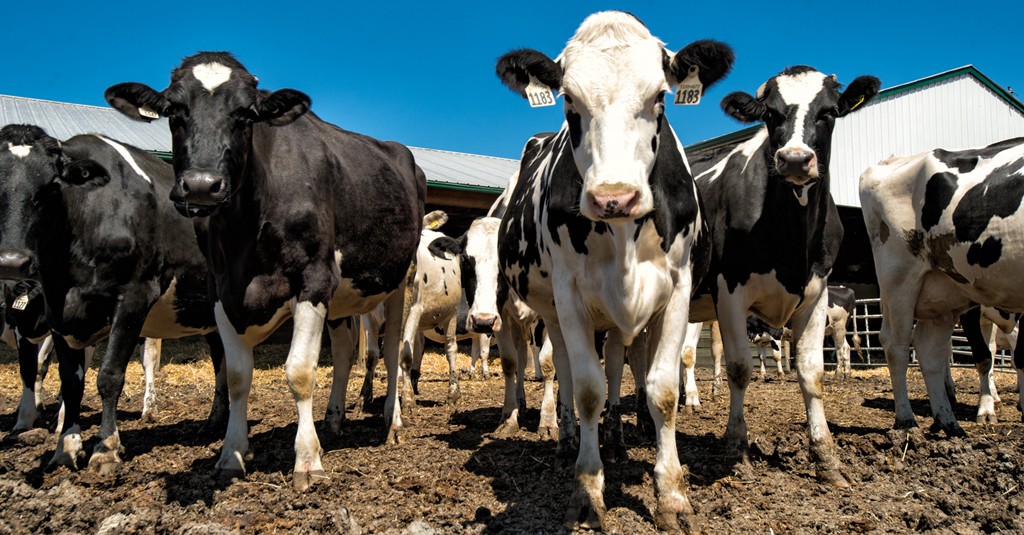 (Edmonton) A Faculty of Agricultural, Life and Environmental Sciences expert in genomics is the co-leader of a team receiving $10.3 million to increase feed efficiency and reduce methane emissions in dairy cattle.

The grant, made up of funding from Genome Canada, Genome Alberta and the Ontario Genomics Institute, will allow molecular biologist and genomics researcher Paul Stothard and his colleagues to assemble the world’s largest database of cattle characteristics for feed efficiency and methane emissions.

“By measuring these characteristics for thousands of animals, we’ll be able to correlate those characteristics with DNA sequence information,” said Stothard, who is an associate professor in the Department of Agricultural, Food and Nutritional Science.

The group will select dairy cattle with the genetic traits needed to convert feed into increased milk production, while producing lower emissions of methane, which is a powerful greenhouse gas.

It is both difficult and expensive to collect the data for such selection, said Stothard.

One of the research group’s partners is GrowSafe, an Alberta company that uses Radio Frequency ID technology to collect information on an individual animal basis, such as feed-intake measurements.

The team will not only generate new data, but also bring in data sets from other countries, such as Australia, the United States, the UK and Switzerland.

With such a huge data set, the scientists can develop prediction tools, so that in the future, feed-efficient animals can be selected for breeding based on a simple DNA test, alone.

“The challenge is really in obtaining those feed-efficiency measures,” said Stothard.

The development of cattle with the two traits will allow farmers to save money on feed, the single largest expense in milk production. It will also reduce the environmental impact of the dairy industry, both through the reduced production of methane and because more feed-efficient animals produce less waste.

Both factors will increase the competitiveness of Canada’s dairy industry which adds $16.2 billion to the Canadian GDP annually, according to 2011 figures.

Canada already exports its dairy genetics, said Stothard, because our country has bred very high-performing dairy cattle. However, international demand for dairy products is increasing due to a growing middle class in emerging economies, the demand for high-quality milk proteins in developing countries, and the world’s expanding population.

This project received the bulk of its funding from Genome Canada’s Large-Scale Applied Research Project Competition, a $93-million investment in research to boost Canadian agriculture, fisheries and aquaculture industries. The balance comes from Genome Alberta and the Ontario Genomics Institute.