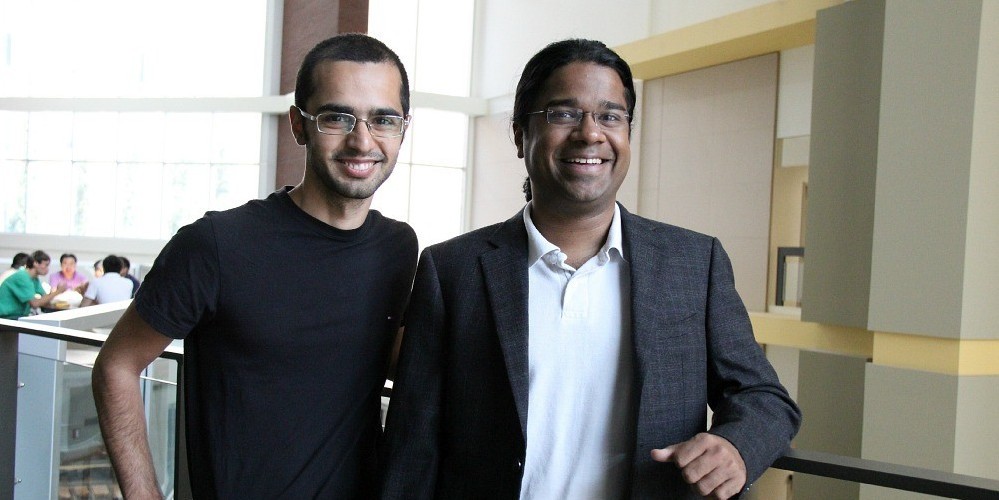 (Edmonton) The invention of fibre optics revolutionized the way we share information, allowing us to transmit data at volumes and speeds we’d only previously dreamed of. Now, electrical engineering researchers at the University of Alberta are breaking another barrier, designing nano-optical cables small enough to replace the copper wiring on computer chips.

This could result in radical increases in computing speeds and reduced energy use by electronic devices.

“We’re already transmitting data from continent to continent using fibre optics, but the killer application is using this inside chips for interconnects—that is the Holy Grail,” says Zubin Jacob, an electrical engineering professor leading the research. “What we’ve done is come up with a fundamentally new way of confining light to the nano scale.”

At present, the diameter of fibre optic cables is limited to about one thousandth of a millimetre. Cables designed by graduate student Saman Jahani and Jacob are 10 times smaller—small enough to replace copper wiring still used on computer chips. (To put that into perspective, a dime is about one millimetre thick.)

Capturing all the light, without the heat

Jahani and Jacob have used metamaterials to redefine the textbook phenomenon of total internal reflection, discovered 400 years ago by German scientist Johannes Kepler while working on telescopes.

Researchers around the world have been stymied in their efforts to develop effective fibre optics at smaller sizes. One popular solution has been reflective metallic claddings that keep light waves inside the cables. But the biggest hurdle is increased temperatures: metal causes problems after a certain point.

Jacob and Jahani have designed a new, non-metallic metamaterial that enables them to “compress” and contain light waves in the smaller cables without creating heat, slowing the signal or losing data. Their findings will be published Aug. 20 in Optica, The Optical Society’s new high-impact photonics journal. The article is available online.

The team’s research is funded by the Natural Sciences and Engineering Research Council of Canada and the Helmholtz-Alberta Initiative.

Jacob and Jahani are now building the metamaterials on a silicon chip to outperform current light confining strategies used in industry.