“There’s a lot of pride that we did this in Edmonton, not New York or Hollywood. It shows that if you want to do it, you can do it.”

Style-conscious app lets anyone put together a look fit for a Hollywood star. 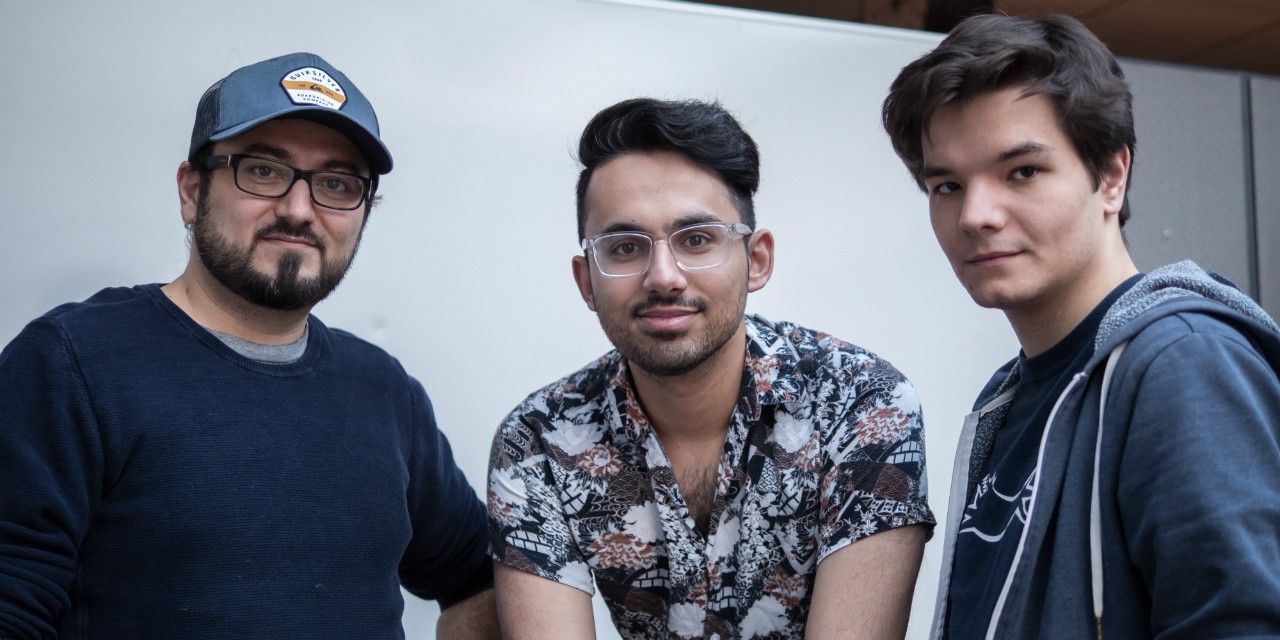 (From left) Nelo creators Qasim Rasi, Hammad Jutt and Pavlo Malynin struck a licensing deal with Universal Studios to tie in their fashion-forward app to the movie 'Pitch Perfect 3.'

A fashion-forward app developed by a University of Alberta trio has made it big in Hollywood.

Nelo, which bills itself as the “Home of Hollywood Fashion,” has been licensed by Universal Studios as an official partner app to the movie Pitch Perfect 3.

The Tinseltown deal was an early holiday gift for the app’s enterprising creators, U of A computing science student Pavlo Malynin, computer engineering student Hammad Jutt and Qasim Rasi, former director of eHUB, the U of A’s business support network.

“There’s a lot of pride that we did this in Edmonton, not New York or Hollywood,” said Malynin. “It shows that if you want to do it, you can do it.”

The app is powering a contest for users to dress digital versions of the comedy flick’s female stars. It will be promoted to millions of fans by the powerhouse movie studio alongside the film when it opens Dec. 22. Fashionistas can tap into a catalogue featuring millions of products from more than 1,000 retailers, then share their created outfits online. The film’s costume designer, Salvador Pérez, will choose three of the fan-designed looks and award them to the top three winners.

Securing a deal with Universal Studios—which was inked in November—is the latest coup for the Nelo app and its developers. By the time they made their pitch to the film company this past fall, they’d already landed 19 cream-of-the-crop fashion designers for their platform from a string of 34 hit TV shows including The Mindy Project, Suits, Mad Men and Two Broke Girls.

The app invites users to shop for fashions curated by Hollywood costume designers and makeup artists, purchase personal consultations with the designers, and curate their own looks and share them with friends.

“It takes appreciation for fashion to the next level,” Malynin said. “We’re connecting fashion lovers with Hollywood and with other fashion-minded people. The designers are trendsetters. You see something you like that someone is wearing on TV and this lets you buy it right away. Or you see a special piece and you’re not sure what to wear it with, so you can go to our app and find that out. Or you can have your own personal designer.”

It took time to get top costume designers on board with their app, but Malynin believes the trio succeeded where similar companies failed by partnering with them and crediting their talent. For every garment sold, the designer gets a share of the revenue.

“We aren’t treating them as a product, but helping them elevate their brand. Many of them don’t get enough recognition; they’ve always been in the background. We told them we’d make a platform that works for them.”

They began playing with the idea of Nelo in 2015, after meeting through Rasi’s outreach work for eHUB. It began when Jutt went looking online to buy a tiger-print shirt he’d seen in a movie, but spent hours trying to find it.

The problem is often compounded by cheap knock-offs that the designer gets no credit for, Malynin said. “We wanted to solve these problems, and then realized there was bigger potential out there.”

To build Nelo, they each brought special talents to the table, with Malynin taking care of operational details on the app, Jutt providing its polished look and Rasi handling the business end. They won a handful of business innovation awards along the way, which helped fund their ongoing work. Eventually, they started their own company, TVCOM, around the app.

They decided to approach Universal after the mega-company partnered with Snapchat to create selfie stickers promoting Pitch Perfect 3. “Universal was engaging customers in a direct way, and we thought, why not do that with fashion? We saw it as a way to elevate our brand. So we sent an email and made a phone call.”

It took a few months to iron out the details, but studio officials liked the idea. “They’d never seen anything like it before—it was a new way to reach out to their viewers,” Malynin said.

The group plan to keep going with their tech company and are mulling ways to step up their game. Ideas include adding small, exclusive boutiques to Nelo, manufacturing and selling custom-ordered exclusive pieces created by the designers and even livestreaming the app as users watch the related TV shows.

“We can create some very novel things. It doesn’t matter if you are in Edmonton or anywhere else,” Malynin said. “Anything is possible.”