UAlberta lands in top 5 of Maclean’s University Ranking, yet again

Propelled by excellence in student services, UAlberta sits among Canada’s elite for the 12th year in a row. 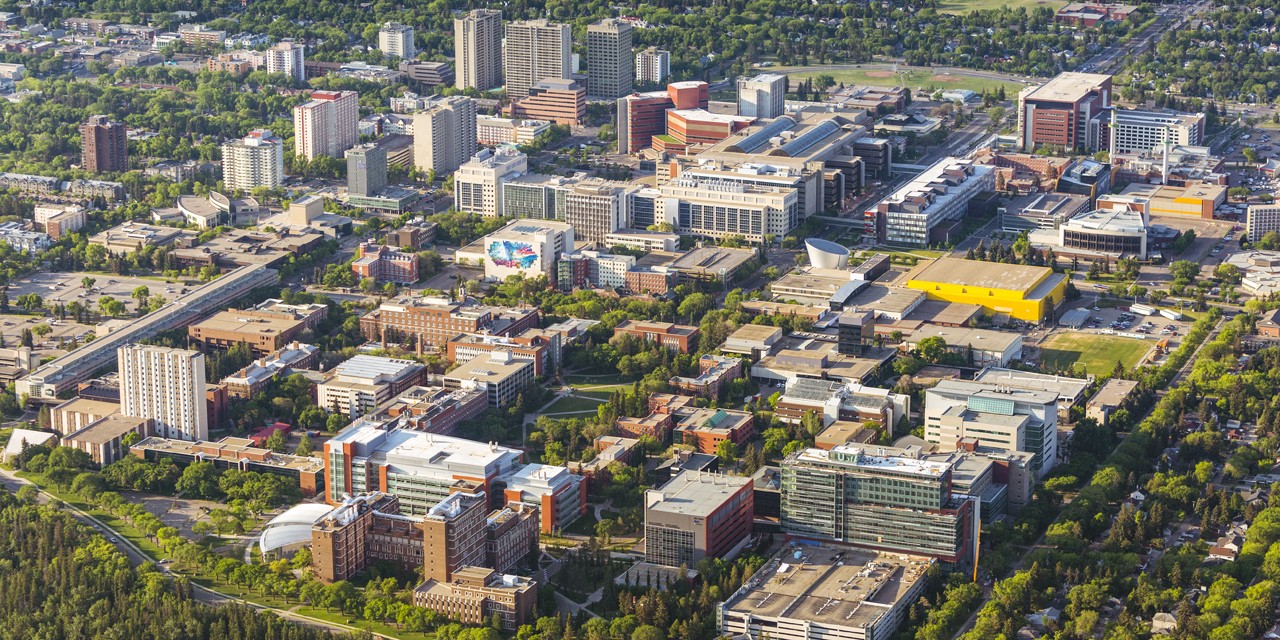 The University of Alberta held steady in the top five of Maclean's 2018 University Rankings, a place it has occupied since it moved in for good in 2007.

The University of Alberta has cemented itself as one Canada’s elite universities—again ranked fifth in Maclean’s University Rankings.

The 2018 rankings, to be released in the Canadian news magazine’s Oct. 18 issue, saw the U of A hold steady in the top five “Medical Doctoral” universities, a place it has occupied since it moved in for good in 2007.

One of the strengths of the U of A’s profile was the student survey portion of the ranking, with highlights including quality of mental health services (fifth) and experiential learning (fourth).

Andre Costopoulos, the U of A’s dean of students, says the university’s excellence in mental health ties directly into the recognition that it is beholden to the university to minimize sources of unwellness.

Experiential learning at the U of A has also blossomed over the last decade. The Faculty of Arts Community Service Learning program, for one, has placed about 8,200 students with more than 200 community partners in its 12-year history. The Office of the Dean of Students also coordinates a number of experiential learning opportunities across every faculty..

“One of our priorities is supporting our students’ transition out of university,” said Costopoulos. “Increasingly this is something our students worry about, and we recognize that. We want them to have all the chances on their side, and experiential learning is a very important tool to help get them get ready for what comes after university.”

The Maclean’s university ranking, now in its 27th year, is based on a series of performance indicators in five broad areas: students (28 per cent of score), faculty (24 per cent), resources (20 per cent), student support (13 per cent) and reputation (15 per cent). Universities are placed in one of three categories, and the U of A competes in the top category reserved for universities offering a broad range of PhD programs and research, and that have a medical school.

The U of A’s placement was buoyed by a strong funding component—operating expenditure (third), research dollars per researcher (five) and library acquisitions funding (two). It also scored fourths in faculty awards and number of citations. In the all-important national reputation survey, the U of A placed fifth in each of three categories—Highest Quality, Most Innovative and Leaders of Tomorrow.

The showing in Maclean’s follows the 2018 QS Graduate Employability Ranking, which found that the employment rate of U of A graduates is 52nd in the world and tops in Canada. The university also saw a jump of four spots to 90th place in the 2018 QS World University Rankings.

Other recent rankings of note include one released by the Center for World University Rankings, which listed the U of A among the world’s best in five subject areas, including sixth in transplantation, fifth in each of forestry, geology and petroleum engineering, and third in paleontology. Those results follow on the heels of the QS World University Rankings by Subject 2017, which placed the U of A in the top 100 in an unprecedented 25 subjects, including 10th in the world for sports-related subjects, 16th for nursing and 18th in mining engineering.

Earlier in the year, the U of A jumped an astonishing 79 places in Times Higher Education’s World’s Most International Universities ranking. The U of A ranked 31st most international university, ahead of the University of Toronto (32), Harvard (33), Stanford (36) and Princeton (37). In other showings, the Alberta School of Business Executive Education program was named 60th in the world and sixth in Canada.

UAlberta lands in top 5 of Maclean’s University Ranking, yet again