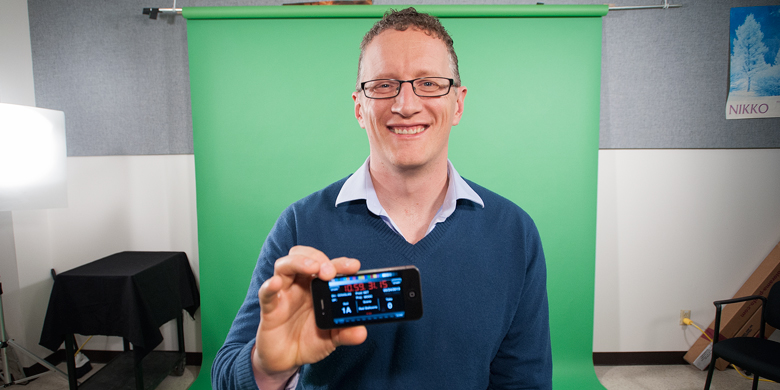 (Edmonton) With Canada ranking as the third-largest producer of video games in the world, the University of Alberta is stepping up efforts to prepare students for an industry worth about $75 billion worldwide.

Launching this fall is the new certificate program in computer game development—training that will allow students to acquire deep knowledge in a single discipline while also taking courses in a variety of disciplines involved in the creation of games.

“We very consciously went with a certificate, mostly because we did a lot of research on how universities could best meet the needs of gaming companies and still meet their own needs for promoting good students,” says Sean Gouglas, director of humanities computing and co-director of the certificate program with computing science professor Michael Bowling.

That research showed that in addition to a solid grounding in their majors—such as computer programming or creative writing—students destined for the gaming industry need “an awful lot of experience working with people from other disciplines,” says Gouglas.

“Making games is an inherently interdisciplinary project. Look at [Edmonton-based game producer] BioWare. It’s a huge company, but only 20 per cent of its people are programmers. The rest are the soft and squishies—creative writers, fine artists, music composers and so on.”

To qualify for the certificate, students begin by taking a gateway course, Computers and Games 250. Teams of students from different disciplines—usually two from computing science, a creative writer, an artist and a musician—are thrown together and expected to build a game using BioWare’s Neverwinter Nights engine.

Demand is high for the course. Only 24 of about 120 applicants are accepted each year. Of those, 97 per cent opt to continue with the certificate, says Gouglas.

Students move on to select four courses among eight options. “Some are in computing science, some in interdisciplinary studies, some in arts, some in education,” says Gouglas, whose course on understanding video games as a cultural phenomenon is being developed into a massive online open course set to launch in the spring of 2014.

“The courses all focus on one aspect of the game-making project—music, creative writing, artificial intelligence, 3-D modelling and designing fun board games,” says Gouglas.

BioWare is also an important teaching partner, he says. “Dozens of people from the company come to speak about the game design process and what it’s like to work in the industry, or to serve as judges.”

To finish off the program, students take a capstone course, which again requires interdisciplinary teams to build games. This time they use any engine they choose but with more knowledge and experience at their disposal. Upon graduation, students will have a portfolio they can show game companies along with a degree in their major discipline.

Many have already been shadowing the certificate program over the past few years, says Gouglas, taking gaming courses already on offer, and will have everything they need to complete the certificate by spring convocation.

“We each bring something unique from our disciplines, and it's great to see how we collaborate,” says senior history student Maren Wilson. “I also like how in each class I've taken, there has been a content creation component, so I feel as if I now have concrete items to put in my game development portfolio.

“This certificate program has helped to show me that I have a knack for producing and balancing interdisciplinary teams, and I'd love to put those skills to use in the future.”

The program will produce 48 graduates each year. And although Gouglas is confident they’ll be well prepared to work in the industry, grooming them to slide into large companies isn’t as important as fostering the innovation that comes from independent thinking, he says.

“Where you see the really interesting developments are in independent games. It’s where we’re going to see the next small or medium enterprise become the next BioWare. We love making people BioWare finds attractive, but we also like producing students who are equipped to go start their own game company.”

The sights and sounds of winning on a slot machine may increase your desire to play—and your memories of winning big, according to new research by University of Alberta scientists.  The study, led by U of A psychology professor Marcia Spetch, …
Read more from this release

A new University of Alberta project is breaking down health-care barriers in rural communities by using technology to connect patients with the clinicians and urban specialists who treat them. “Right now, many Albertans are at a disadvantage just …
Read more from this release

The Alberta government’s plan for many arthritis, diabetes and Crohn’s disease patients to switch to less expensive medications by July 1 could create legal challenges for doctors, say two researchers at the University of Alberta. “If a physician …
Read more from this release