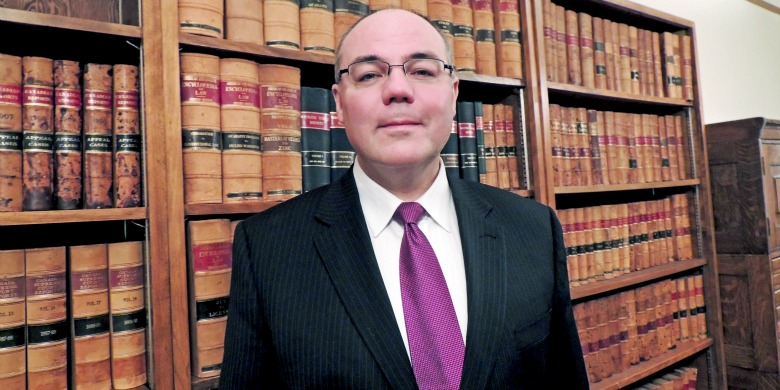 130208-russbrown-banner
Russell Brown has been appointed to the Alberta Court of Queen's Bench.

(Edmonton) A professor in the University of Alberta’s law school has been appointed to the Alberta Court of Queen's Bench, in Edmonton.

Russell Brown leaves the U of A as an associate professor and associate dean of graduate studies in the U of A’s Faculty of Law, and a research fellow of the university’s Health Law and Science Policy Group.

“I have been a very lucky person,” said Brown. “I have had terrific colleagues and students, and have been fortunate to work with dedicated staff. I hope to maintain a close connection to the University of Alberta law school, and am looking forward to joining the ranks of its foot soldiers in the judiciary.”

With the appointment, Brown joins a number of distinguished members the U of A’s law school has contributed to the Alberta judiciary, including Justice Ellen Picard and Justice June Ross.

“At a personal level I would like to thank Russ Brown for his many contributions to the Faculty of Law, and in particular his service as associate dean of graduate studies,” said Philip Bryden, dean of law at the U of A. “Russ has done a superb job as a member of our administrative team, and I will miss his contributions to our work. I have every confidence that Russ will make an equally outstanding contribution to the work of Alberta’s judiciary, and I wish him every success in his new career.”

A teacher, scholar and colleague

Russell Brown was called to the Bar of British Columbia in 1995. He practised law in B.C. from 1995 to 2004, working initially with what is now the law firm of Davis LLP, and later with the firm of Carfra and Lawton in Victoria.

Brown joined the University of Alberta’s Faculty of Law in 2004. A recipient of the law school’s Tevie H. Miller Teaching Excellence Award in 2007, he taught tort law, civil procedure, property, and wills, and supervised graduate law students at the master’s and PhD level. His research interests lie within tort law (particularly recovery for pure economic loss and factual causation) and public authority common law liability for takings, and he is the author of Pure Economic Loss in the Canadian Law of Negligence (LexisNexis, 2011). His torts scholarship has also appeared in numerous journals, including the McGill Law Journal, the Oxford University Commonwealth Law Journal, the Journal of International Biotechnology Law and the Canadian Business Law Journal, and he is author of the sole comprehensive treatment of Canadian public authorities’ common law liability for takings. His work in the law of takings was recognized by the Literati Network (UK)’s award for “outstanding paper” for 2010.

In addition to contributing to academic conference proceedings, he has been invited to speak to lawyers, judges, legislators and policy-makers across Canada and in the United States, the United Kingdom, Hong Kong and New Zealand.

He was called to the Bar of Alberta in 2008, and has appeared as counsel before the trial and appellate courts of both Alberta and British Columbia.

From 2011 to 2013, he acted as the associate dean of graduate studies in the Faculty of Law, during which time he was also a research fellow of the Health Law and Science Policy Group. He is an advisor to the Canadian Constitution Foundation and an advisor to the Justice Centre for Constitutional Freedoms. He is a past chair of the Health Law Institute Board and a past member of the board for the Canadian Forum for Civil Justice, and has served as chair of the University Appeals Board and the University Practice Review Board. He has also chaired or served on the executive of various subsections of the Canadian Bar Association, in addition to serving on committees of the U of A’s General Faculties Council and the Law Society of Alberta.