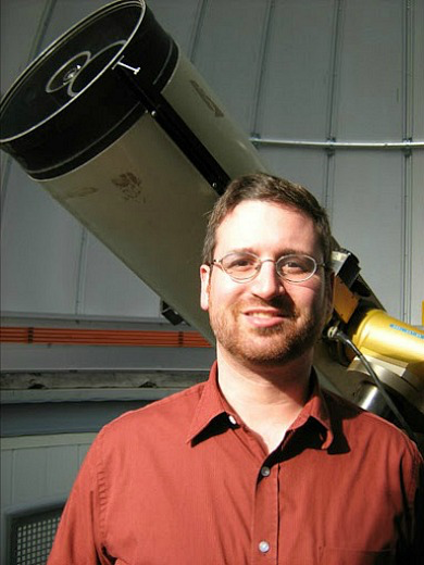 Gregory Sivakoff is deputy director of the U of A observatory, which attracts 4,000 visitors each year.

Nearly half of the young movers and shakers on Avenue Magazine’s annual list have UAlberta ties. 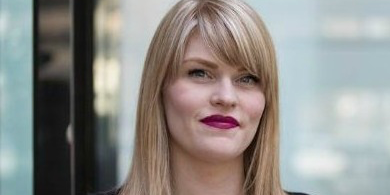 Ashlyn Bernier earned three degrees from UAlberta and is now a manager with the university's Venture Mentoring Service.

(Edmonton) The list of Edmonton’s Top 40 Under 40 has hit the streets, and the University of Alberta’s influence on the bright young stars of our community is loud and clear. Nineteen of the 40 are either alumni or employees of the university in fields as diverse as astronomy, theatre, police communications, medicine and advertising.

Published in Avenue Magazine for the last six years, the list profiles Edmonton’s “movers and shakers, the people who make Edmonton a great place to live.” More than half the field this year—22—are women.

One of those women is Ashlyn Bernier, 30, a manager with the U of A’s Venture Mentoring Service. Modelled after a similar program at MIT, the service pairs young aspiring entrepreneurs with established mentors in the community who coach them through the challenges and opportunities of starting up their own ventures. She has so far managed to recruit 29 mentors to the program.

“The fact that the U of A sees the importance of programs like VMS, supporting those students and alumni who are taking risks for a shot at changing the world, gives me such pride as an alumna,” says Bernier, who earned an MBA from the U of A after completing a PhD in medical science.

“Having spent 10 years as a student at the U of A, and now as an employee, I can say with certainty that this is an excellent institution.”

Another U of A employee on the list is Gregory Sivakoff, a stargazer intent on sharing his love for astrophysics—especially black holes. He monitors 10 high-powered telescopes located across the United States to observe the interaction between black holes and surrounding stars. He’s been interviewed on CBC’s Quirks and Quarks, and two years ago attracted national and international attention after his insights were published in a NASA press release.

Sivakoff is also deputy director of the U of A observatory, which attracts 4,000 visitors every year.

“Within astrophysics we have developed an incredible collaborative support system that benefits both the students and professors,” he says, adding that he also encourages the general public, or “citizen scientists,” to take an interest in the cosmos.

“I see us becoming one of not just Canada's, but the world's premier locations to study the 'stellar undead'—the remnants of stars that are now active again because they are feeding on a nearby star.

“Altogether this creates an incredible opportunity for me to probe the universe's unknowns and bring them down to earth.” 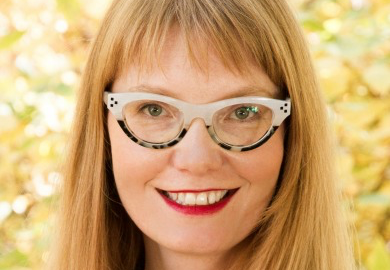 Sheena Wilson is a professor of literature, film and cultural studies at Campus Saint-Jean.

Sheena Wilson, a professor of literature, film and cultural studies at Campus Saint-Jean, is an expert on women’s literature. But she is also promoting critical thinking about our society’s addiction to fossil fuels, helping to organize Petrocultures: Oil, Energy and Culture, a 2012 conference that gathered indigenous community leaders, scholars, artists, business leaders and policy makers to examine the social impact of the energy sector.

The project gained unexpected popularity and momentum, leading to three more conferences and a number of international publications.

“Edmontonians, more and more, are concerned with the issue of social justice and environmental justice,” says Wilson. “The U of A community—made up of world-class thinkers and dynamic students—is playing an important leadership role in determining how to implement positive and productive change around our relationship to the environment.

“There is no better place to be than the U of A, at this transformative moment.”

UAlberta alumni and staff in the Top 40 Under 40