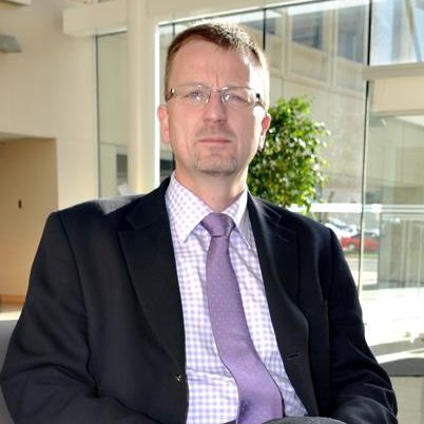 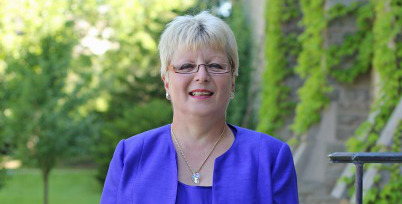 Two new executives will join the University of Alberta’s leadership team as it embarks on the institution’s new strategic plan, For the Public Good.

The University of Alberta Board of Governors, on the recommendation of the advisory committee, unanimously approved the appointments of Gitta Kulczycki to the position of vice-president (finance and administration) and Andrew Sharman to the position of vice-president (facilities and operations). Sharman’s term with the U of A will commence Sept. 1, 2016, and Kulczycki’s will begin Nov. 1, 2016.

Currently the VP (resources and operations) at Western University, Kulczycki is responsible for a diverse portfolio that includes everything from human resources, ancillary and residence operations, campus police, construction and facilities management, to research park operations, health services, and finance and treasury.

Kulczycki values the post-secondary environment and, above all else, treasures the opportunity to work with students and contribute positively to their student experience.

“Gitta’s drive, integrity and initiative set her apart. The finance and administration portfolio will benefit greatly from her wealth of experience in the post-secondary, health-care and technology sectors,” said U of A president David Turpin. “Her stewardship will ensure we continue to deliver outstanding services in her portfolio.”

Kulczycki graduated from Laurentian University in 1979 with a bachelor of commerce degree. She became a chartered accountant in 1981 and, after several years in leadership roles with private firms, attended the University of Ottawa, where she completed an MBA in 1989.

Between 1990 and 2004, Kulczycki built her finance and administration career in the health-care sector as an executive with Calgary General Hospital, the South East Health Care Corporation and Grand River Hospital.

In 2004 she joined Western University in her current role, where she established and negotiated a number of high-value construction and financing initiatives, including strategic oversight of Western’s $1.1 billion in endowed and non-endowed funds. During her tenure, she was responsible for labour relations and negotiations with seven bargaining units.

“I feel privileged for the opportunity to work at such a world-renowned institution, and am very excited to engage with my new University of Alberta colleagues in moving forward with the implementation of the new strategic plan,” said Kulczycki.

Andrew Sharman joins the university with an equally esteemed and accomplished career to date. Currently an assistant deputy minister with Alberta Infrastructure, Sharman was responsible for reimagining how provincial health and government infrastructure is built and maintained to reduce environmental impacts and improve outcomes for users.

“Andrew has deep and diverse experience in leading complex operations. His strategic, collegial, inclusive and consultative approach will serve our facilities and operations portfolio very well,” said Turpin, who chaired the search committee.

Throughout his career, Sharman has consistently worked in diverse, sensitive and high-pressure environments.

After graduating from the Royal Military Academy Sandhurst, he embarked on a 22-year career with the British military, serving in Ireland and Bosnia. Along the way, Sharman completed his master of science in defence logistics management at Cranfield University in 1999.

In 2002, Sharman was based at CFB Suffield as the head of logistics operations, where he was responsible for all logistic support matters for British Army training in Western Canada, a position he would hold for two years before immigrating to Canada.

Sharman originally joined the Alberta government in 2011 as the assistant deputy minister for safe, fair and healthy workplaces before being appointed deputy secretary to Cabinet in Executive Council.

During the response to the 2013 southern Alberta floods, Sharman was appointed to the Flood Recovery Task Force and led the response for the Ministry of Human Services.

In January 2015, he joined Alberta Infrastructure as assistant deputy minister of the Health and Government Facilities Division.

"I am excited to be joining this great university and look forward to working with all parties to deliver on the institution's strategic goals," said Sharman.

As VP of facilities and operations, Sharman will be responsible for the built environment on all five U of A campuses, including long-range campus planning, buildings and grounds maintenance, utilities, energy management and sustainability programs, as well as residence services, conference services, real estate and commercial property management, and the ONEcard program.