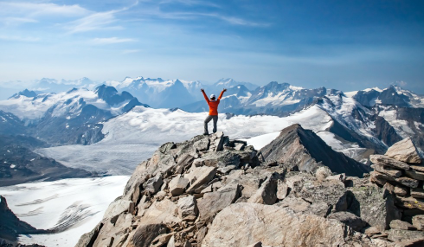 The University of Alberta’s Canadian Mountain Studies Initiative has struck a partnership with Parks Canada to produce and promote the university’s next massive open online course (MOOC), launching next fall.

In addition to providing expertise on course content, Parks Canada will also distribute promotional materials to park visitors across the country. Mountains 101 will be the world’s first MOOC in interdisciplinary mountain studies, available either for university credit or for free to anyone with an Internet connection.

“We were struck by how well it fits with the work we do on the behalf of Canadians,” says Pat Thomsen, executive director of mountain parks for Parks Canada. “Using real-life examples from Parks Canada, this MOOC provides participants, whether at home, school or work, with a valuable opportunity to gain a deeper understanding of the parks’ mountain environments.”

Putting UAlberta on the mountain map

"From an outreach perspective we hope that it will be huge for them and for us,” says MOOC project co-ordinator Jill Cameron. “It will show people around the world how Canadians value and cherish their mountains, and it will tell park users about our course. It's going to put the U of A on the map for mountains."

Mountains 101 will serve as a general introduction to the mountain world, drawing from the biological and earth sciences as well as from the arts and humanities. The course is offered by faculty members from the U of A’s Canadian Mountain Studies Initiative, a cross-campus collaboration involving some 30 researchers in six faculties, exploring everything from glaciology and ecology to mountain culture and literature.

U of A historian Zac Robinson, one of the MOOC’s content providers, says Parks Canada is now working closely with the mountain studies team to finalize the scripts. “Our federal parks agency has been in the business of protecting mountain spaces for over a century. Their expertise and enthusiasm is a tremendous boost for the course.”

The course will allow Parks Canada to showcase many parks experts who will appear on camera and escort camera crews to significant mountain locations, says Robinson, including sites in Banff, Jasper, Yoho, Kootenay and Glacier national parks.

The mountain studies initiative has also partnered with The Alpine Club of Canada, which has 22 local sections across the country from Newfoundland and Labrador to Vancouver Island and the Yukon.  The club has offered the film crew access to its network of remote backcountry huts, the largest in North America.

“We have a long-standing mandate to increase knowledge of alpine environments, and to minimize our impact on them,” says Lawrence White, ACC executive director. “Partnering with the U of A on this project just seemed to make a lot of sense. Our members will really appreciate it.”

MEC has also agreed to sponsor the MOOC, providing gear and assistance with a series of “tech tips” on safe and responsible travel in the backcountry.

Reaching for the peak of research excellence

However, the MOOC is only the first step towards putting the U of A on the global map for mountain studies. The university is also leading the development of a proposal for a new national research network in mountain studies, under the federally funded Networks of Centres of Excellence (NCE) program.

The NCE program is designed to focus a critical mass of research resources on social and economic challenges of concern to Canadians. The U of A is currently home to one such NCE, the Canadian Glycomics Network, or GlycoNet.

"There are excellent people across the country doing research on mountains, but we don't have a national mountain studies program in Canada,” says Hik, adding that the university will host a meeting Jan. 11 and 12 with representatives from universities, governments and First Nations in the Yukon, Northwest Territories, Alberta and B.C. to discuss research priorities for the network.

The next step will be to submit a letter of intent to the NCE program in 2017 and hope for an invitation to formally apply later that year, says Hik.

Hik cautions that, although there is strong interest across campus and across Canada in a mountain network, it’s still early days: "We're at the point of trying to frame what a new large-scale, collaborative, interdisciplinary research program would look like.

“We're in with both feet, but there's still a lot of work to do to understand how to pull something together at the national level.”