UAlberta physicists upend what is known about northern lights

New model shows mechanism thought to be behind certain classes of northern lights may not even exist. 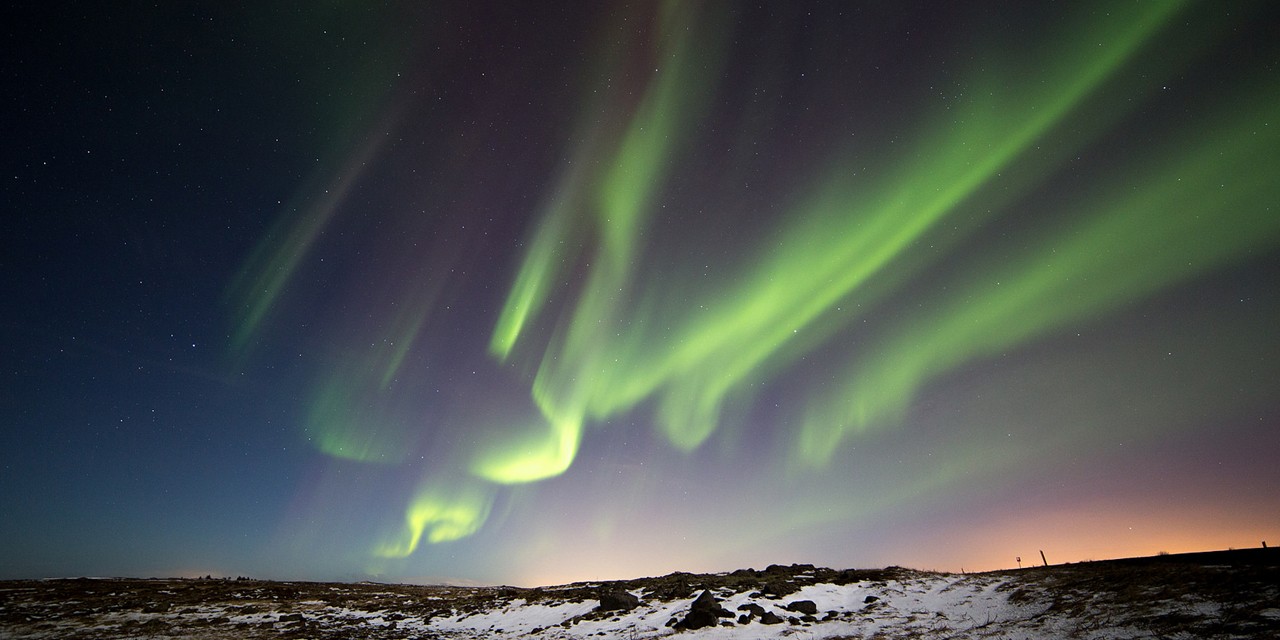 UAlberta physicists have shown that the mechanism thought to be the cause of the northern lights fly in the face of what is has been commonly accepted in the world of space science. (Photo by David Phan, CC by 2.0)

In a landmark study that has toppled what scientists know about the night sky, UAlberta physicists Robert Rankin and Dmytro Sydorenko found that the ionospheric feedback instability (IFI)—the mechanism thought to be the cause of certain types of northern lights—not only doesn’t cause northern lights, it may not even exist at all.

“These findings fly in the face of what is now commonly accepted in the world of space science,” said Rankin. “Our research shows that conditions necessary for the ionospheric feedback instability to occur are very unlikely, meaning it cannot be the cause of something as regular as the Aurora Borealis.”

The Sydorenko and Rankin model maps the activity of Alfvén waves generated in Earth’s ionosphere—a region between 100 to 1,000 kilometres into the magnetosphere containing plasma and Earth’s geomagnetic field. Here, ultralow frequency plasma waves are thought to become trapped and amplified through the IFI. However, the researchers’ new model shows that the waves do not interact with the ionosphere in a uniform way—something researchers have long considered to have a causal link to the Aurora Borealis.

The research has implications for many areas of investigation, ranging from theoretical physics to our understanding of space weather and the solar wind.

“A good theory has few assumptions,” said Rankin, who added that eliminating a theory or assumption is how science advances. “This model strengthens our understanding of how Earth’s ionosphere responds to geomagnetic activity, and is accessible and useful for any interested researchers.”

Indeed, Sydorenko and Rankin’s work opens the door for new investigation into what causes northern lights—making it an important leap forward in our understanding of this phenomenon.

The paper was published in Geophysical Research Letters. This research was supported by the Canadian Space Agency and Natural Sciences and Engineering Research Council of Canada (NSERC).

UAlberta physicists upend what is known about northern lights