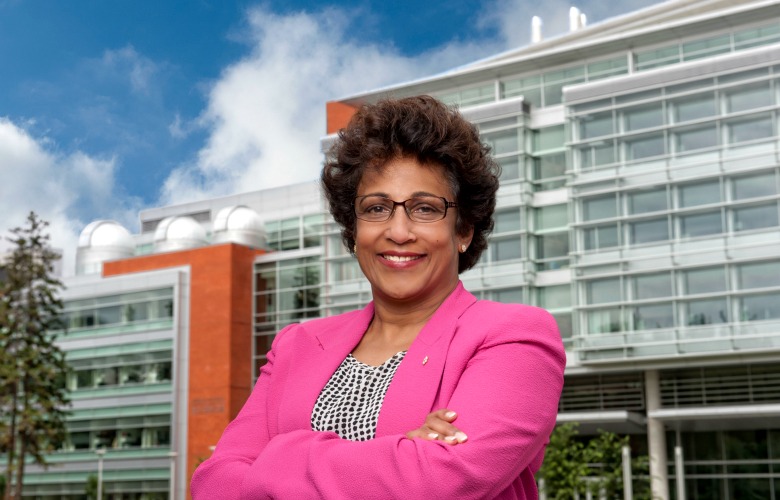 130626-indira-samarasekera-banner
Indira Samarasekera, president and vice-chancellor of the University of Alberta

Samarasekera, who is the first woman to hold the post of president and vice-chancellor at the University of Alberta, remembers debating whether to leave her PhD studies in metallurgical engineering at the University of British Columbia rather than leave her son at daycare. Her PhD adviser told the Fulbright-Hays Scholar not to give up.

She didn’t. Samarasekera, the first female mechanical engineer in her native Sri Lanka, completed her PhD, and went on to become a professor and consultant with global steelmakers, known for her groundbreaking work on process engineering of materials. In 2000, she became vice-president of research and held the Dofasco Chair in Advanced Steel Processing at UBC.

Five years later, Samarasekera was invited to head up the U of A. Under her administration, a renewed vision was established and close to $1.5 billion in capital construction was completed, including the National Institute for Nanotechnology, the Centennial Centre for Interdisciplinary Science, and the Edmonton Clinic Health Academy and Kaye Edmonton Clinic in partnership with Alberta Health Services. The university also opened a downtown campus, Enterprise Square; established the Killam Research Fund for the Social Sciences, Humanities and Fine Arts; and created the School of Public Health.

“I believe that the University of Alberta is at a turning point—that we are a strong, creative, forward-thinking institution that must define its future,” she said. “Preparing minds for the future is what we do. It is an essential part of the University of Alberta’s contribution to Alberta and to the world. We teach, we train, and we transform young minds. In doing so, we are helping to shape the future of our province.”

The RBC Top 25 Canadian Immigrants is a people’s choice award that recognizes people who have come to Canada and made a positive difference.