Herb Belcourt, a passionate supporter of Métis education, set up a fund that helped more than 900 Métis Albertans. 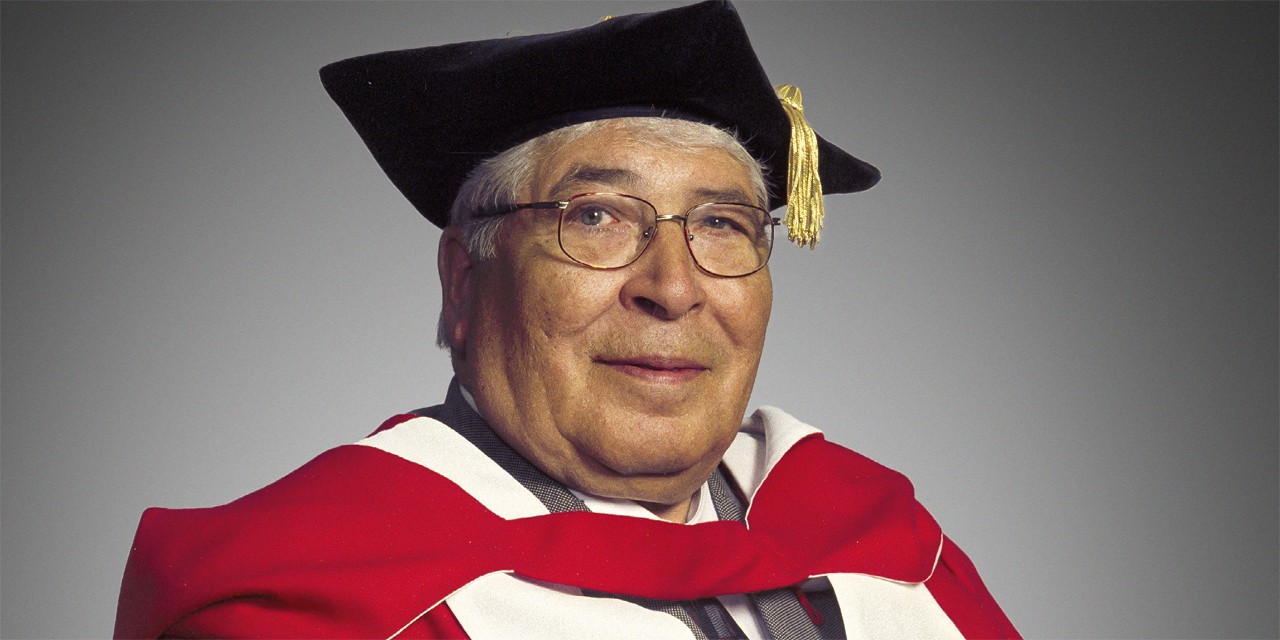 Herb Belcourt was awarded an honorary degree from the U of A in 2001. (Photo: Richard Siemens)
Herbert Clifford Belcourt HDR

Herb Belcourt, one of Edmonton’s most prominent Métis education leaders, entrepreneurs and philanthropists, died yesterday morning after a battle with cancer. He was 85.

“Herb was a very positive man and a very gentle man. At the same time, he was somebody who was driven, who wanted to make a difference in the lives of people. His passing is a huge loss,” said Nathalie Kermoal, associate dean (academic) in the Faculty of Native Studies and director of the Rupertsland Centre for Métis Research.

“Herb’s dedication to Métis students and his passion for enabling their success through post-secondary education was remarkable—and the University of Alberta has been honoured to be his partner in this,” said David H. Turpin, president of the University of Alberta. “Only last week, we had a conversation about how much we have to celebrate and how important this work continues to be. Along with so many others in our community, I am deeply saddened by his loss and extend my condolences to his family and friends.”

Belcourt’s philanthropic work was integrally tied to his entrepreneurial spirit—and he used his success in business to fund the future of Métis.

In 1971, he developed a much needed non-profit corporation, Canative Housing Corporation, to provide affordable housing for Indigenous people in Edmonton and Calgary.

In 2001, Belcourt and his partners Orval Belcourt and Georges Brosseau sold the company and used the proceeds to co-found the multi-million dollar Belcourt Brosseau Métis Awards (BBMA) Fund to help Métis Albertans realize self-sufficiency through post-secondary education and skills development.

The endowment—the largest non-government source of student funding for Métis in Canada—has provided more than $5.8 million to more than 900 Métis Albertans, many of whom studied at UAlberta. Belcourt also donated one of the Canative homes to UAlberta to house a Métis residence.

“Dr. Belcourt was passionate about work ethic. He knew that our ancestors were hard working people and that somehow we were slipping from the economy,” said Elder Marilyn Buffalo, UAlberta’s Indigenous cultural advisor in the Office of the Provost and Vice-President (Academic), who knew Belcourt since she was a teenager.

“He felt that Métis were not financed the same as other people and sought to change that with the BBMA fund.”

A lot of students receive BBMAs, and it has made a tremendous contribution to their lives, added Kermoal.

“Belcourt was a visionary and therefore a strong leader. One of the things you noticed about him was his humility. He would always try to surround himself with good people realizing you cannot do anything alone,” she said.

Buffalo added that she and many others grew up benefiting from Belcourt’s leadership. “He was an ambassador.”

Belcourt grew up in the bush near Lac St. Anne, and attributed his entrepreneurial strength to a promise he made to himself, upon his father’s advice, to always work for himself. In 1965, he launched Alberta’s third largest power line company, Belcourt Construction.

Among his many accolades are the Order of Canada and the Aboriginal Lifetime Achievement Award. In 2001, the U of A awarded Belcourt an honourary doctorate of laws.

“I want to express my condolences to the family. Herb Belcourt leaves a strong, powerful legacy and we can now be rest assured he’s holding court and meeting with our ancestors,” said Buffalo.