Collaborations with colleagues across Canada receive SSHRC funding to advance understanding of people and society. 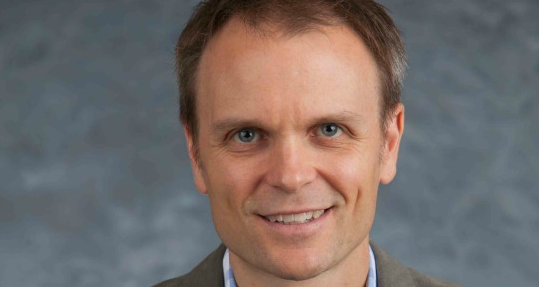 Law professor Eric Adams is helping to lead a partnership project that received $2.5 million from SSHRC.

(Edmonton) University of Alberta researchers collaborating with colleagues across Canada received more than $14 million from the federal government to further their efforts aimed at advancing understanding of people and society.

Ed Holder, minister of state for science and technology, was at Brandon University Aug. 27 to announce the partnership grants from the Social Sciences and Humanities Research Council. All told, 35 U of A researchers were named as collaborators on 15 projects.

Eric Adams, a professor in the U of A’s Faculty of Law, was named as one of five U of A researchers involved in collaborations receiving SSHRC Partnership Grants, which support formal partnerships over four to seven years to advance research, research training and knowledge mobilization in the social sciences and humanities.

For his part, Adams is helping to lead a group that received $2.5 million for a project entitled “Landscapes of Injustice.”

The seven-year research project will investigate and share the story of the forced dispossession of Japanese-Canadians during the Second World War, when thousands of Canadians of Japanese ancestry living on Canada’s West Coast were systematically uprooted from their homes and the federal government sold their property—including homes, businesses, fishing boats, cars and personal effects—without consent.

Researchers involved in the project will look into the dispossession and forced sale of Japanese-Canadians’ property from numerous perspectives: historical, geographical, sociological and legal. The project will bring together 13 partner institutions, 33 researchers and as many as 100 students, to deliver a travelling museum exhibit, teaching materials for elementary and secondary school classes, educational websites, scholarly and popular publications, and public presentations across Canada.

Adams is a member of the project steering committee and chair of the legal history research cluster. In that capacity he will be hiring many law students, graduate students and a post-doctoral fellow over the life of the grant to assist in uncovering how the dispossession and sale implemented a policy of legalized racism. Adams and his team will examine the operative laws and regulations, the government officials who drafted and implemented them, the reactions of the Japanese-Canadian community, and the unsuccessful legal challenge to the dispossession.

“I am tremendously excited at the prospect of contributing to this important research,” says Adams. “The dispossession of Japanese-Canadians during the Second World War is among the most troubling moments of our legal and political past. The Landscapes of Injustice Project promises to help tell a story that deserves the attention of all of us.”

Another 10 projects—three of which are U of A-led—that involved 30 U of A researchers received nearly $2 million from SSHRC’s Partnership Development Grants program, which fosters activities by partnerships in their initial stages or new research in ongoing partnerships.