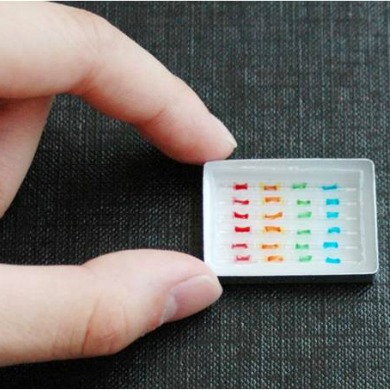 130715-ecoli-test-banner
The E. coli testing device developed by UAlberta researchers is easy to use and can provide results within an hour.

(Edmonton) Medical, agricultural and computer science researchers from the University of Alberta have teamed up to develop a test that will make Canadians feel safer about the meat they put on their tables.

The testing device, which is the size of a large shoebox, can detect pathogenic E. coli while meat is still at food processing facilities. The test is more sensitive at picking up E. coli strains, faster at pinpointing results and less expensive than other tests that are currently used.

Linda Pilarski from the Faculty of Medicine & Dentistry and Lynn McMullen from the Faculty of Agricultural, Life and Environmental Sciences (ALES) lead the U of A team fine-tuning this E. coli test, which received $500,000 in funding from Genome Alberta and its partners this week. Their U of A colleagues include Michael Gänzle from ALES and Faculty of Science researcher Patrick Pilarski from the Alberta Innovates Centre for Machine Learning. Xianqin Yang will collaborate from the Lacombe Research Centre operated by Agriculture and Agri-Food Canada in central Alberta.

The test will be easy to use on site at food processing facilities. Users will place a sample of meat in a machine and push a button, and results will be available in less than an hour. The device makes millions of copies of the genes in the meat sample to determine whether E. coli is present.

“It’s like a molecular Xerox machine,” said Linda Pilarski. “It’s an exciting application that allows us to test for E. coli toxins and genes that allow bacteria to stick to meat. The current tests used in the food processing industry have issues and sometimes don’t detect contaminants as effectively as they should, due to a variety of complicating factors. This relatively new molecular technology will be much more efficient and much less subject to complications.”

She added that the team is building on their previous research, which led to the development of the testing device’s inner workings and instrumentation. The technology is simple and even does its own quality control.

“What we are doing is building on previously developed technology at the U of A that was designed to detect pathogens of various diseases. And we’re building on a whole series of research advances that occurred over years to get to this point.”

The U of A-led team demonstrates the power of interdisciplinary collaboration. Linda Pilarski—a researcher in the Department of Oncology, the Department of Medical Microbiology and Immunology, and Laboratory Medicine Pathology—provides expertise in molecular biology and device development. McMullen and Yang are authorities on issues that arise during meat processing. Gänzle is an E. coli expert, and Patrick Pilarski contributes computer science expertise.

“It’s a fantastic collaboration that demonstrates research makes an impact in the day-to-day lives of Albertans and Canadians,” says Linda Pilarski. “Our work is addressing a very important public health safety issue that will make Canadians feel safer and more secure about the meat they eat and about meat processing facilities. This will also give the province an economic edge because the testing devices will be commercially developed here.”

McMullen is also excited about the collaboration and what the team can do in the future as well.

“With a quick test that can be done in the processing facility without highly trained microbiology technical expertise, industry will have a tool to make rapid decisions on the safety of their products.

“The application of the technology to E. coli is only a starting point. There is potential to expand the technology to other food-borne pathogens. Working with meat and detection of pathogens can be a challenge, and we have a multidisciplinary team that can respond to various challenges encountered working with meat. This multidisciplinary collaboration will be key to our current and future success to help make food at the dinner table safer.”