New drug delivery system could be used as a platform for wide variety of vaccines. 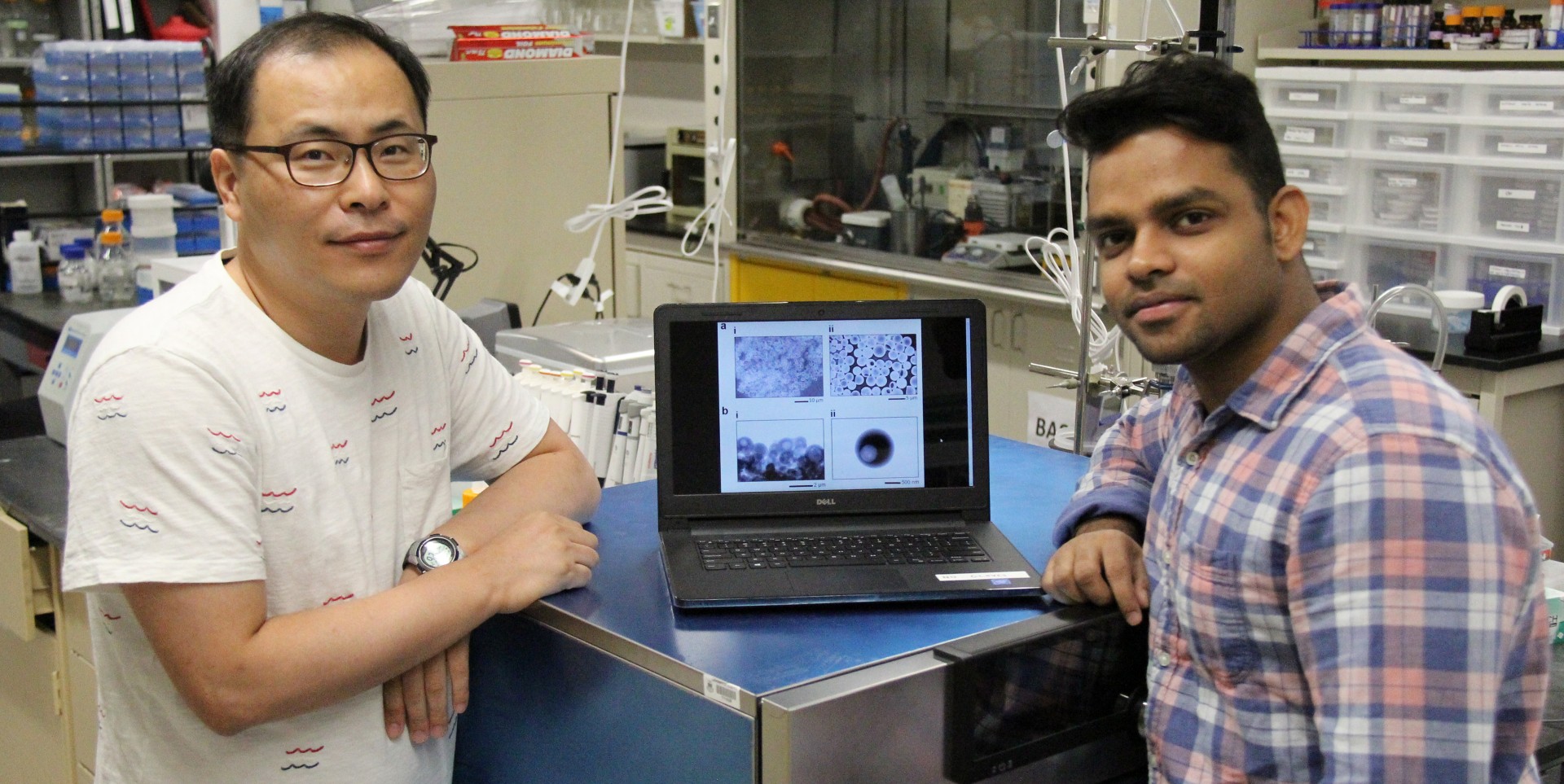 Chemical and materials engineering professor Hyo-Jick Choi and research associate Ankit Kumar were part of the team that has developed an oral delivery system for vaccines. (Photo by Richard Cairney)

UAlberta researchers have taken a major step towards uncovering the holy grail of vaccination delivery.

For years, researchers have been trying to develop vaccines that can be taken in the form of a pill or lozenge to eliminate the use of needles, while significantly reducing cost and the need for refrigeration.

One of the challenges in creating an oral vaccine has been the instability of vaccines in the acidic environment of the stomach, which means an inability to deliver viruses or drugs where they are most effective—in the intestine, explained Hyo-Jick Choi, a professor in the Department of Chemical and Materials Engineering.

The researchers developed a way to carry vaccines in small, FDA-approved polymer casings built to endure the hostile environment of the stomach. The capsules have a single pore on their surface that stays closed in acidic pH environments.

“This means that encapsulated drugs and vaccines would be protected in the acidic stomach environment and would be released in the targeted area of the small intestine that is rich in immune cells,” said Choi, who, along with Carlo Montemagno, director of the Ingenuity Lab, demonstrated a solution to both challenges.

Targeting vaccines to this region ensures the body’s immune system is able to quickly learn to recognize and attack viruses, he added.

Oral vaccines also provide an extra layer of protection, he said, by activating a mucosal response as well as teaching the body to create antibodies to fight a specific infection.

The U of A team took its research a step further and successfully used the model to deliver a common drug used to treat lactose intolerance.

“The amazing aspects of our oral drug delivery system is it allows for the encapsulation of diverse therapeutic ingredients such as genes, proteins, macromolecular drugs and nearly all types of vaccine,” said Ankit Kumar, a researcher on Choi’s research team. “That means our system can be universally used as a platform for drugs and vaccines focused on oral administration.”

Once fully developed, this technology has the potential to also be used to solve animal health and animal-food safety issues.

Ongoing research efforts are focused on optimizing the vaccine/drug-specific formulations to ensure long-term stability, scaled-up production of the microparticles, development of animal drugs/vaccines and in vivo demonstration of these delivery systems.

The research was funded by the Bill and Melinda Gates Foundation, Alberta Innovates – Technology Solutions, the iNgenuity Lab and the University of Alberta.

The findings were published in Nature: Scientific Reports.