Strong showing in Maclean’s rankings bolstered by student satisfaction, especially in the area of mental health. 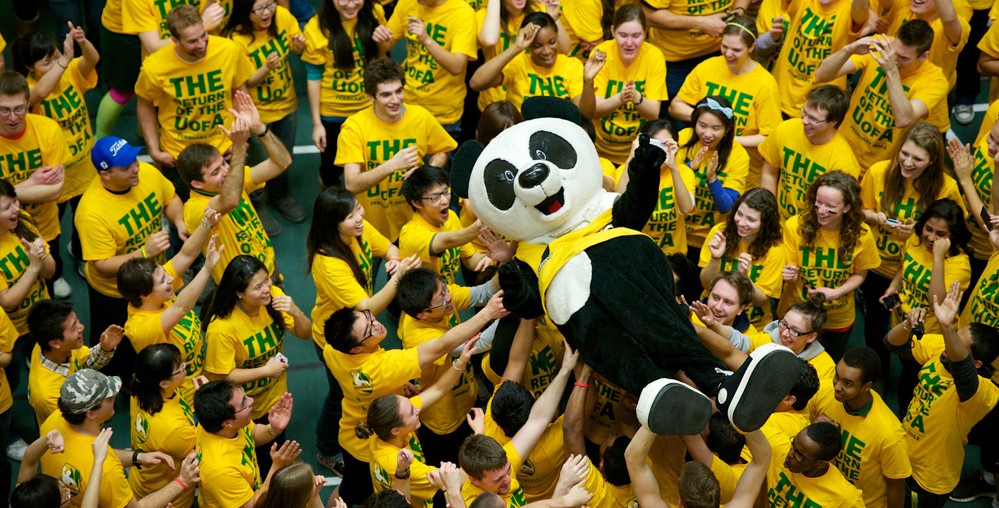 The University of Alberta was reaffirmed as a top five Canadian university in Maclean's magazine's 25th annual university ranking, thanks in part to results from the magazine’s new student satisfaction survey.

(Edmonton) The University of Alberta’s showing as a rankings star has been reaffirmed by Maclean’s magazine, which has once again placed Alberta’s flagship university among Canada’s top five.

The university placed first for total operating budget, third for faculty awards, fourth for research citations and fifth for total research dollars amongst Canada’s 15 medical/doctoral institutions. The university also ranked fifth in the new student satisfaction survey, which saw students place the U of A second for mental health.

“Supporting student mental health is foundational to the academic success, satisfaction and well-being of our students,” said Robin Everall, interim vice-provost and dean of students. “The best way to offer our support is through mental health and wellness strategies, and plans that include every level and touch each individual of the institution.

“It really does take an entire campus to support a student.”

The effort to raise the profile of mental health on campus unofficially began on campus in 2011, after the Canadian University Survey Consortium released a report finding that more than one percent of Canadian undergraduate students identified themselves as having a learning or mental-health disability that created obstacles to academic success, and a staggering 18 per cent reported using student counselling services on campus.

In response to the consortium’s report, Everall, a past chair of the Department of Educational Psychology, was appointed to the position of Provost’s Fellow in early 2012 to examine services available to U of A students dealing with mental health issues.

The U of A’s work in renewing its approach to student mental health began in earnest over the summer of 2013, after Everall submitted a detailed report outlining 54 recommendations to improve the state of mental health programs on campus.

"We wanted to make this a visible priority on campus,” said Everall, adding that it is important for all involved to recognize the importance of student mental health on learning, academic success, academic persistence and program completion. “As a result, the U of A has changed its model of delivery over the last three years.”

Everall says what has emerged is an alternative structure and diversity of services that ranges from raising awareness and promoting health and wellness for all students and the  promotion of peer-to-peer mentoring to the delivery of clinical services.

“What has been instrumental in the success of our mental health strategy is that the Students’ Union and the Graduate Students Association are strong advocates of this,” she said. “They talk about student mental health at every opportunity, whether it is to boards and committees or to government. They are really strong advocates for continuing our initiatives and for helping students understand the importance of mental health.”

She added, “This is a collaboration between the university and the students. Students themselves have bought in, want to see it and are driving it.”

In the overall Maclean’s rankings, the U of A trailed only McGill, the universities of Toronto and British Columbia, and Queen’s. Theses results comes on the heels of the 2015-16 QS World University Rankings, which saw the U of A jump one spot to fourth in Canada.