Scholar to use Guggenheim fellowship to deepen Canadian contribution in emerging field of biophysics. 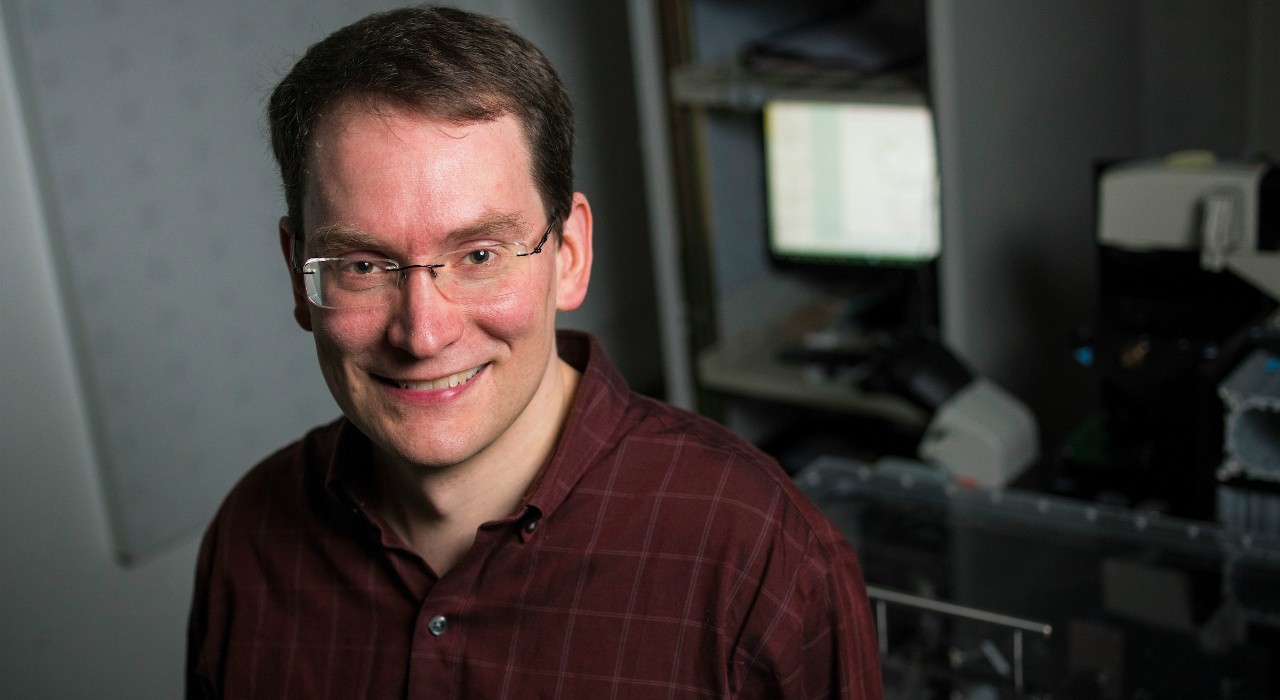 A University of Alberta physicist who examines the causes of neurodegenerative diseases will spend the next year visiting labs in the U.S. to work with leading biochemists, biophysicists and bioinformaticians, thanks to a prestigious fellowship he was awarded today.

Michael Woodside, the first U of A scholar to be awarded a Guggenheim Fellowship since the 1970s, conducts research that addresses questions related to ALS and Parkinson’s, and prion diseases like “mad cow” disease and the associated human form, Creutzfeldt-Jakob disease.

Specifically, he studies the physics that underlie the behaviour of proteins at the molecular level.

“Understanding how a protein can change its shape to trigger disease allows us to search for new targets for therapeutic treatments,” he explained.

During the fellowship, Woodside plans to explore how evolution shapes the folding of individual proteins by reconstructing ancient versions of modern-day proteins to discover how the folding process has changed.

He will use his experiences to enhance the research and training programs he has already established at the U of A to continue to drive Canada’s contribution in the burgeoning field of biophysics.

According to the John Simon Guggenheim Memorial Foundation, fellowships are awarded to “individuals who have already demonstrated exceptional capacity for productive scholarship.”

In less than two decades, Woodside has amassed an impressive interdisciplinary academic track record. He has published dozens of papers in the most prestigious peer-reviewed scientific journals covering questions ranging from the fundamental physics of folding to how folding relates to biological function, how proteins misfold to cause disease and how drugs act to alter folding at the level of single molecules. He has also mentored more than 60 students at the undergraduate, graduate and post-doctoral levels to address some of society’s most pressing questions pertaining to disease.

The common feature cutting across all of Woodside’s research is high-precision measurements using instruments customized to specific applications. His lab has built some of the most sensitive and precise laser tweezers in the world for manipulating single biological molecules and studying their structural dynamics.

Woodside is also the iCORE Chair in Biophysics. Prior to starting at the U of A, he was an independent researcher at the National Institute for Nanotechnology, a division of the National Research Council of Canada located on the U of A campus. Before arriving in Edmonton, Woodside completed a post-doctoral fellowship at Stanford and a PhD at University of California Berkeley following undergraduate studies at the University of Toronto.

The U of A’s most recent Guggenheim fellows were Norman Page in 1979 and Juliet McMaster in 1976, both professors in English.