Discovery could aid in conservation efforts of prized game species. 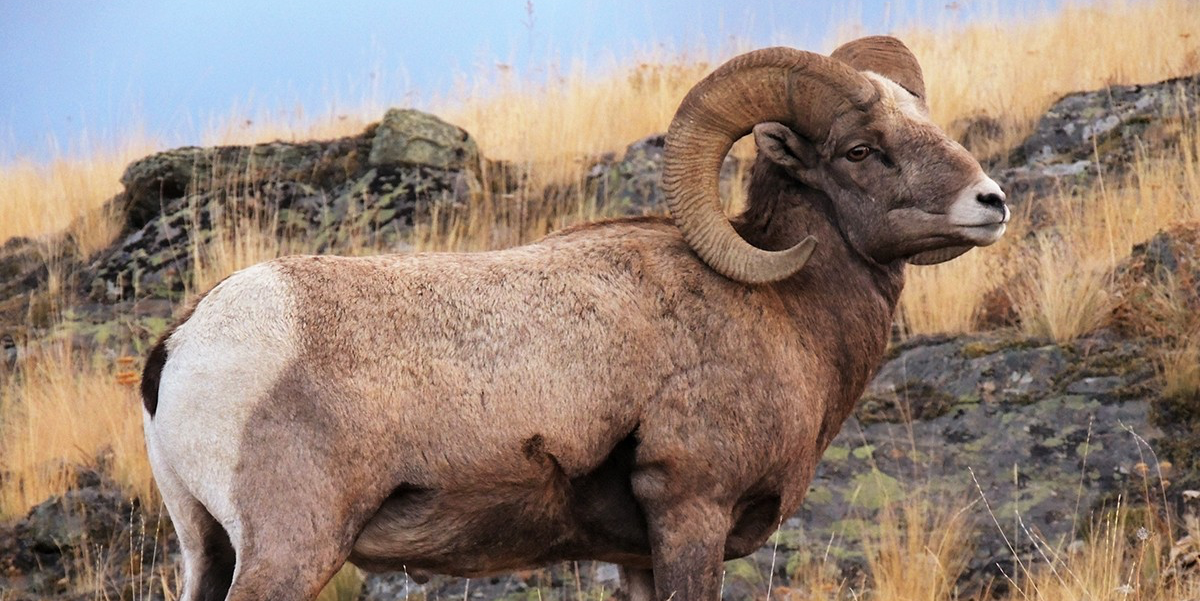 (Edmonton) Geneticists at the University of Alberta have constructed the first whole genome sequence of a bighorn sheep in a new study that could have a significant impact on conservation efforts of the species, which is native to Alberta.

“Bighorn sheep are an important symbol of Alberta and Canada’s wild spaces. They are also the subject of recreational hunting and have experienced a major population decline throughout their range as a result of human exploitation and disease-related die-offs,” says Joshua Miller, PhD student in the Department of Biological Sciences and lead author on the study. “Thus, there is active interest in how best to manage the species to ensure their long-term survival.”

To construct a whole genome sequence, the DNA is first run through a sequencer to identify small strings of building blocks, called nucleotides. The strings of nucleotides are then joined together to produce a complete picture.

“The process of ordering the nucleotides into a genome is much like assembling a jigsaw puzzle,” explains Miller. “There are then two ways to try and connect the pieces: de novo assembly or alignment to a reference.”

Piecing together a genetic puzzle

De novo assembly is the traditional method, but it is time-consuming and may not produce the most accurate picture. “Essentially, one is given the puzzle pieces and has to find out what sort of picture they make. This takes a long time, [involves] a large number of puzzle pieces and usually results in a highly fragmented picture depending on the methods used.”

In this study, researchers used the alternative method known as alignment, which uses an existing genome sequence as a reference point to streamline the process. “Here, one starts with the same jigsaw pieces, but now you get to look at the picture on the box when trying to put the puzzle together,” explains Miller. “As most of us know, putting a puzzle together is much easier when we can look at what the final image is going to be, and for genome sequencing this usually results in a much more complete picture being put together in less time than de novo assembly.” In this case, the reference used for alignment was the already complete whole genome sequence of a domestic sheep.

Full genome sequences are still relatively rare; for context, only 108 mammals are listed in the National Center for Biotechnology Information database. “Until recently, generating a genome sequence of any organism was nearly impossible,” notes Miller.

The majority of organisms sequenced so far have been domestic laboratory species such as fruit flies or lab mice. But as Miller notes, this also tends to create an incomplete picture. “There is an implicit problem when considering [laboratory] organisms since they don’t experience natural conditions, and many have been kept in captivity for many generations,” says Miller. “This can result in changes in how the animal looks and behaves relative to wild species—think about a white lab mouse versus a field mouse.”

With advances in DNA sequencing technology and computer processing, the process is now efficient and cost-effective enough to be useful in obtaining whole genome sequences of wildlife species, like bighorn sheep. This opens new avenues of research such as using genomics to plan conservation and management actions for at-risk species.

Constructing a whole genome sequence of the bighorn sheep will also help by providing a reference for new studies, which may make it possible to connect specific pieces of DNA with traits of interest—for example, to discover whether there is a gene responsible for the bighorn’s large horns.

As a game species, the trophy status of a bighorn sheep ram is based largely on horn size. Because the rams with the largest horns are often the ones targeted by hunters, their removal from a population could then eliminate the genetic ability of animals in that population to grow large horns. As Miller observes, “If we can find a gene underlying horn size, then that gene can be screened for in different populations and we can make recommendations on how best to ensure that the ability to grow large horns is maintained.”

The findings were published in BMC Genomics.

Miller plans to continue his research in conservation genomics through a post-doctoral position at Yale University working with giant Galapagos tortoises, using genomic methods learned over the course of his PhD to identify individuals that can be part of a captive breeding program.