3 things to watch for as the artificial intelligence bot takes on its toughest opponent yet. 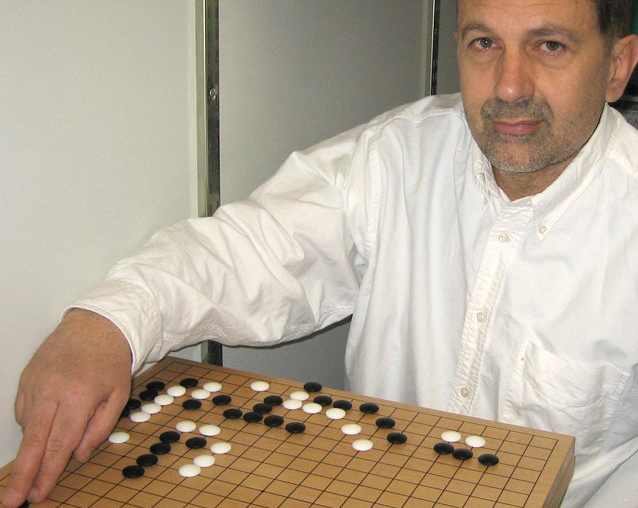 In what is sure to be a clash of titans, 19-year-old Ke Jie, the world’s No. 1-rated player Go player, will take on AlphaGo, an artificial intelligence bot developed at Google Deepmind, in a battle over Go supremacy.

The three-game match between Ke and AlphaGo, the design of which was led by University of Alberta alumni David Silver and Aja Huang, is the highlight of the Future of Go Summit in Wuzhen, China, May 23-27.

*Editor's note: AlphaGo won the first game of the best-of-three match early on May 23.

The match is arguably between the two strongest Go players ever and it raises tantalizing questions in this faceoff of man versus machine.

Here are three things to watch for as Ke takes on AlphaGo:

Unlike Sedol, who had only 10 early AlphaGo games to analyze, Ke will have studied the 60 fast games that AlphaGo played—and won—on the internet last January. If he has spotted any AlphaGo weakness, it will likely be revealed in the first game. If not, expect Ke to do whatever it takes to draw out game one, since most of the 60 online games were decided early in AlphaGo’s favour.

Ke has never played a formal match against a bot. Like poker players, Go players read each other. Sedol listens to his opponent’s breathing, and commented that the lack of bio-feedback made his match against AlphaGo harder. How will Ke deal with the pressure of playing a super strong, yet biologically absent opponent?

In the 60 online games, each player was allowed, at most, one minute per move. For human pros, this is sufficient for most moves, but not when faced with an unusual situation. And in most of those games, that’s what happened early on. In the upcoming match, Ke will have hours to think about the first such situation that AlphaGo throws at him.

AlphaGo stunned the audience in game two of the Sedol match with a devastating move never seen before. In game four, Sedol returned the favour, finding a miraculous escape from a tightening circle, causing AlphaGo to blunder soon after. Will we see more brilliance from either AlphaGo or from Ke? If we do, it might be from long variations, rather than individual moves.

AlphaGo seems to be a genius at stringing together long sequences of ordinary-looking moves that still set up a win, and is notorious at keeping the initiative throughout the game. Once ahead, it continually simplifies the game position, leaving its helpless opponent unable to launch any kind of counter-attack. Ke looks to be the underdog, but maybe he has some human ingenuity up his sleeve.

Expect Ke to be prepared, but AlphaGo to be even stronger than it was in January. The game of Go is entering a whole new level of play.

Martin Müller, Ryan Hayward and Paul Lu are computing science professors in the University of Alberta Faculty of Science.